The average Facebook user has no idea how Facebook really works when it comes to the content that the post. Facebook is a business! While it’s free for users to join and share content with their friends, family and colleagues, Facebook actually makes its money by advertising to its users. There’s nothing wrong with that. It’s a simple model. You can use the service for free and the only price you pay is seeing ads (unless you have an ad blocker). Yes it would be fine if it stopped here, but it doesn’t.

Facebook is very happy if post your pictures and status updates on Facebook. However, Facebook is not nearly as happy when you post links or shares from other sites. A link to a blog post or a news article or some other content where the user leaves Facebook to go to the site being linked to is not a good thing for Facebook. So that game that Facebook plays is controlling what shows up in your Facebook feed. “Native” content is far more likely to show up in your stream than a link is. Both will be there, but the native posts (posts made directly to Facebook instead of links posted to Facebook) will show up in more timelines than non-native posts do. If your friends or fans go to your page they will see whatever content you post. However, if they rely on seeing what you post showing up in your stream then will likely not see everything you post if it’s not a “native” post.

If you have a Facebook Page, Facebook shows your posts to more people based on the post popularity. The more likes and shares your content receives the more it will be seen in people’s feeds. However, if you want to have it seen by more people you can pay for this by “Boosting your post”. 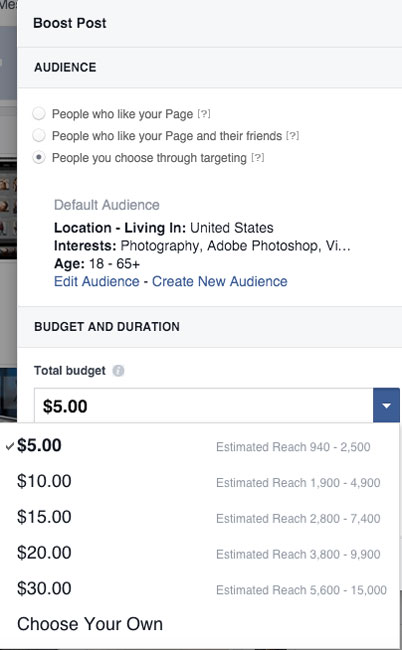 I have never paid to boost a post. My content is relatively free so it wouldn’t make sense to pay for more people to see it. However, for a brand or small business this is relatively cheap advertising. 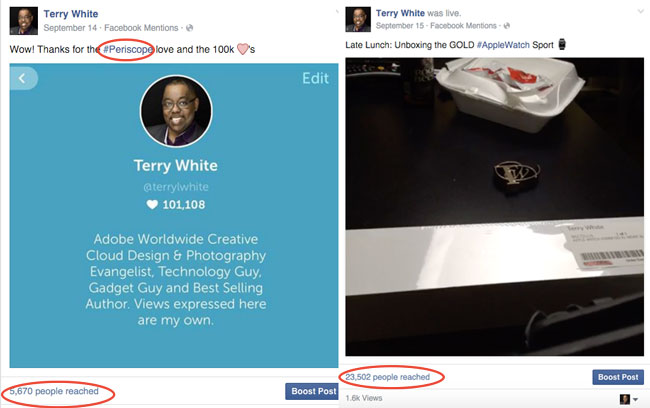 I use Periscope to do regular live broadcasts. I’ve noticed that I do a post on my Facebook page and I mention the word “Periscope” in it that post has way fewer people reached than other posts before it and after it. Periscope is owned by Twitter so it wouldn’t be a shock if Facebook had an algorithm that limited your post even further if it mentions competing platforms.

In the example above these two posts were back to back. The one that mentions Periscope only reached 5,670 of my 40,000 followers. However, the Apple Watch unboxing video that was posted natively using Facebook Mentions Live has reached 23,502 people. Maybe the Apple Watch is simply a more popular topic. So let’s compare Apples to Apples! In the two examples below the exact same video was posted to my Facebook page. The one on the left is a replay from my Periscope using katch.me to post. The one on the right is a “native” video streamed live to my Facebook page using Facebook Mentions. Compare the people reached in each one: 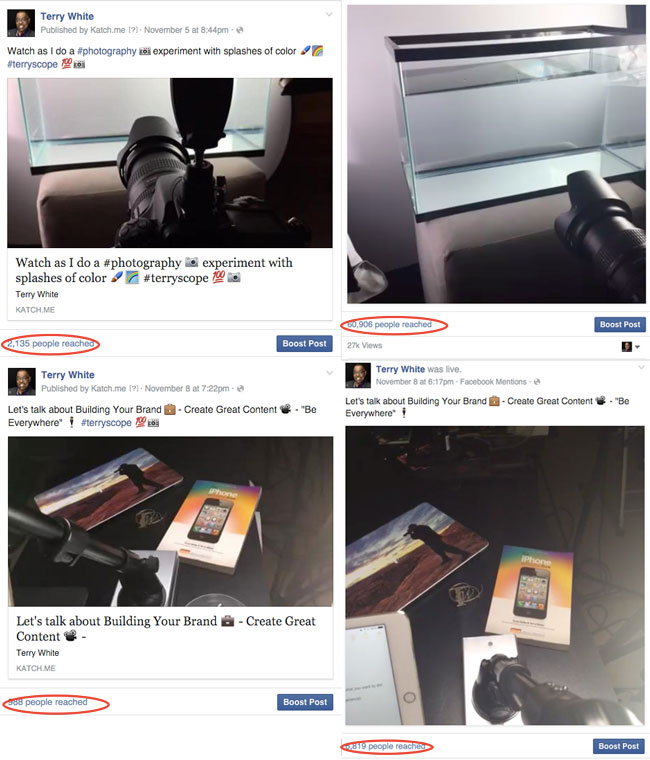 There’s no comparison! The native videos of the SAME CONTENT reach way more people than the links to the videos on another platform.

Facebook is one of my favorite social media platforms. They play games so you have to simply learn the game and play along. Native content will always be seen by more people. If you want to maximize your viewership on Facebook post your content natively whenever you can.