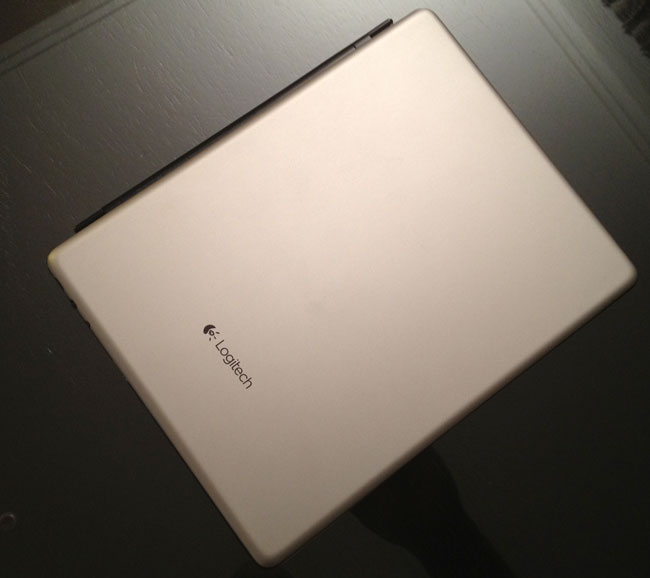 Sometimes I get comments here, jokingly about how much money I just cost you because I reviewed something cool that now you must have. Well you’ll take pleasure in knowing that it just happened to me too. My colleague and gadget buddy Dave Helmly just showed me his latest gadget and in about 3 seconds I knew I’d have to have one. 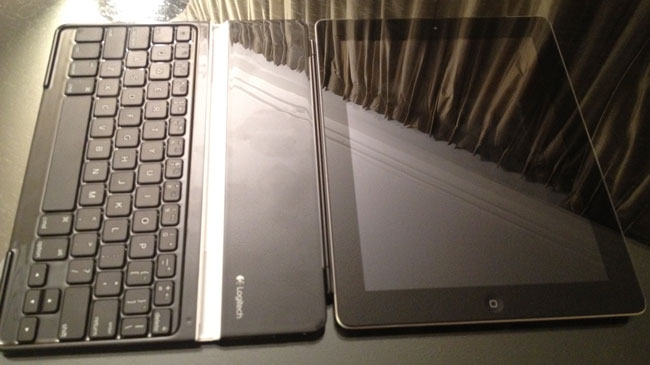 I’ve tried other iPad keyboards and while they work, I usually just ended up carrying my Apple Bluetooth Keyboard. The problem I had with the ones that are designed to be a case for the iPad is that they typically added more weight and bulk to the iPad than what I was willing to carry. At that point I figured I might as well carry my MacBook Air. That all changed when I saw the Logitech Ultrathin Keyboard Cover! First of all the “ultrathin” part is key. I use Apple Smart Covers now and I don’t want any cover that’s much thicker than those. Logitech brilliantly designed their Keyboard Cover as a “Smart Cover”. That’s right, it magnetically snaps on to the iPad 2 and the New iPad just like Apple’s Smart covers do. Just snap it on and close it. It maintains a very low profile and is very thin when attached. The next smart thing they did was they made a magnetic slot to dock the iPad in to prop it up either vertically or horizontally while you use the keyboard. 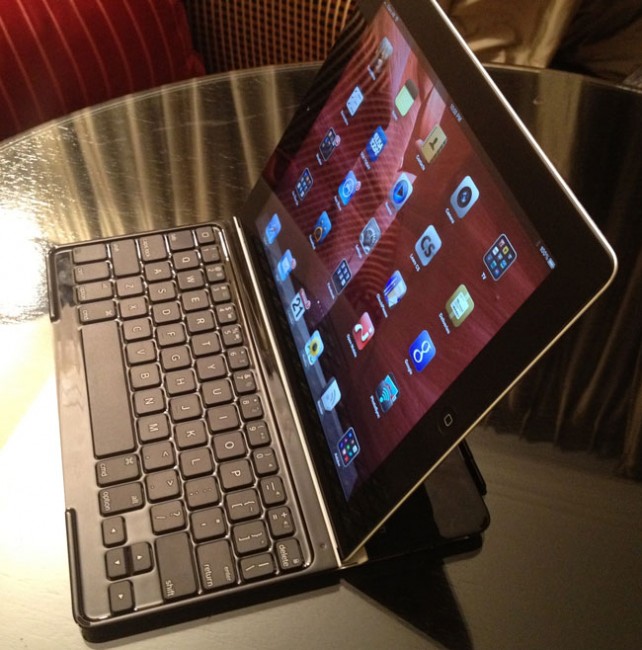 The keyboard is bluetooth as you would expect and rechargeable via a standard USB micro cable. Speaking of the keyboard itself, the first key I looked for was the import Shift Key on the left side! The other keyboard I tried (Brookstone) didn’t have a Shift Key on both sides and that really bothered me. Typing on this keyboard seems very natural. I can’t speak to battery life yet as I’ve only spent a few hours playing with Dave’s, but I’ve already ordered one for myself. Damn you Dave you just cost me money (again)! 🙂

You can get the Logitech Ultrathink Keyboard Cover for iPad 2 and the New iPad here for about $99.