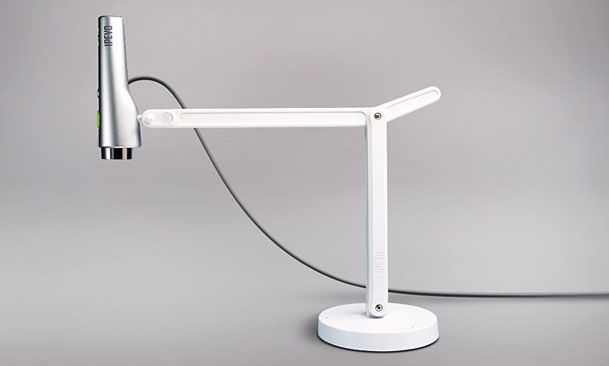 As I go out a demo Adobe's Digital Publishing Suite one of the biggest challenges is showing the final product to the audience on the iPad/Android tablet. Although the iPad does have a video out solution via the iPad to VGA adapter, that Adapter only works in certain Apps and apparently adding support for to your App (depending on what your app does) can be tricky. The only other solution is to use a document camera. While document cameras certainly aren't new, they are not really designed for travel. My colleague Colin Fleming pointed me to the IPEVO Point 2 View USB Camera. He hadn't tried it yet, but it came up in his Goole search. While I loved the size I was very leary about the "USB 2" connection. Most solutions I've tried that are USB 2 based have low frame rates, which makes it challenging to show any type of movement. These "document cameras" were never designed to shoot anything moving (ie. movies, multi-gestures) or animating on screen. They were designed to take still pictures of objects or "documents".

I went out and read every review of the Point 2 View that I could find and most of the reviews slammed it as  "webcam". This is largely due to the fact that it doesn't have a built-in microphone. Since I have no desire to use it as a webcam and the fact that it was only $70 (cheap compared to other solutions), I decided to give it a shot. 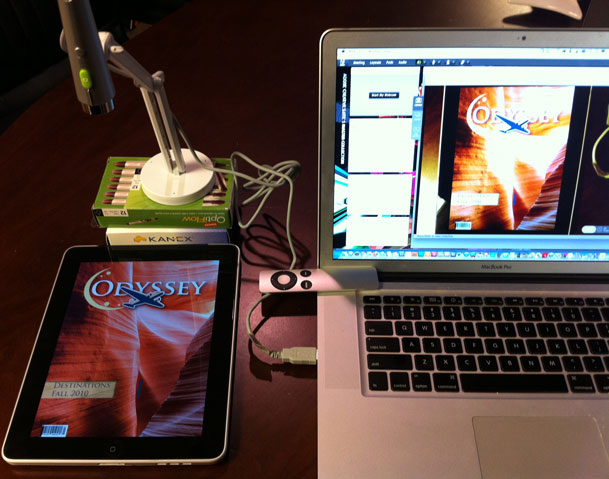 The good news is that it works! It should be fine for what I want to use it for. It's small enough to put in a laptop bag or suitcase and the weighted base means that it won't easily fall over. It's far from perfect though: 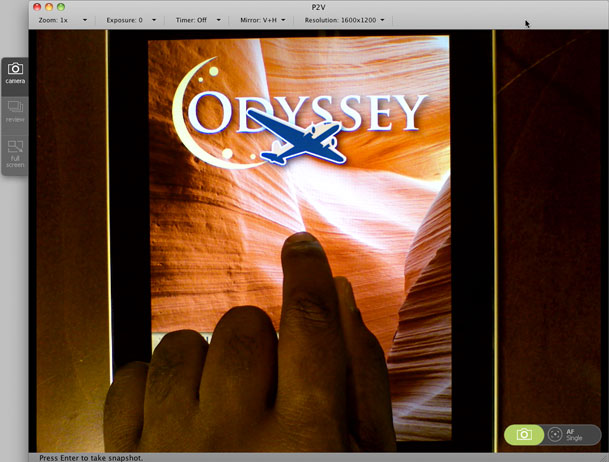 Frankly I'm stunned that someone hasn't designed a device for the sole purpose of demoing mobile devices. Mobile devices are exploding and it seems like some clever  person would see the need and develop a specific product to do this! While you could go with a cheaper webcam with better video quality, the challenge is always finding a way to mount it on a stand and face it down as most webcams are designed to attach to your computer display. In the meantime the IPEVO Point 2 View USB Camera will be my solution until something better comes along. It does have the right blend of size, price and features to be the best solution that  I've seen so far for doing demos of mobile devices on the go.

You can get the IPEVO Point 2 View USB Camera for $69 here.

A couple of overview videos from their site: