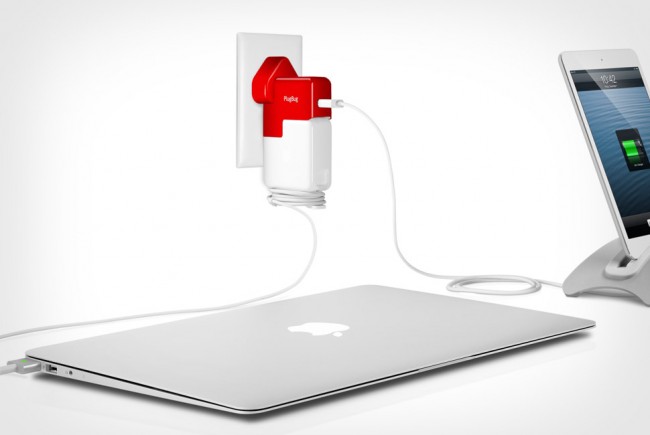 As a frequent traveler I’m always looking for ways to charge my multiple devices with fewer chargers or taking up less outlets in a hotel room. I saw an ad for PlugBug and decided to order one and see if I liked it or not. The idea behind PlugBug is that it replaces the standard plug of your MacBook Pro or MacBook Air Adapter with one that has a USB (2.1 Amp) port built-in. This way you can charge both your laptop AND any USB power device at the same time. The concept is simple and it takes all of 2 seconds to install. I opted for the PlugBug World, which comes with all the necessary adapters to plug into various outlets around the globe. It works as advertised and although it’s “short” on the 85w MacBook Pro adapter, it doesn’t hender its use. 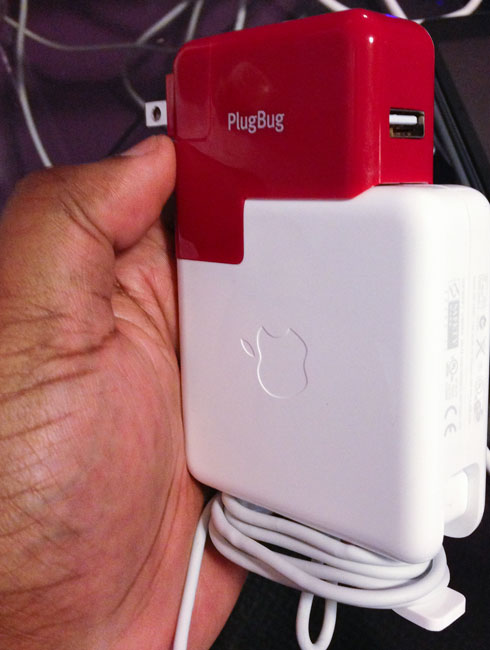 The 1st thing that I wasn’t crazy about was that it replaces the “extended cord” on the MacBook Pro adapter. I know that you can simply plug the adapter into the wall with or without a PlugBug, but I prefer using the optional extended cord that comes with the MacBooks so that I don’t take up so much space on a power strip and I get a longer cord. 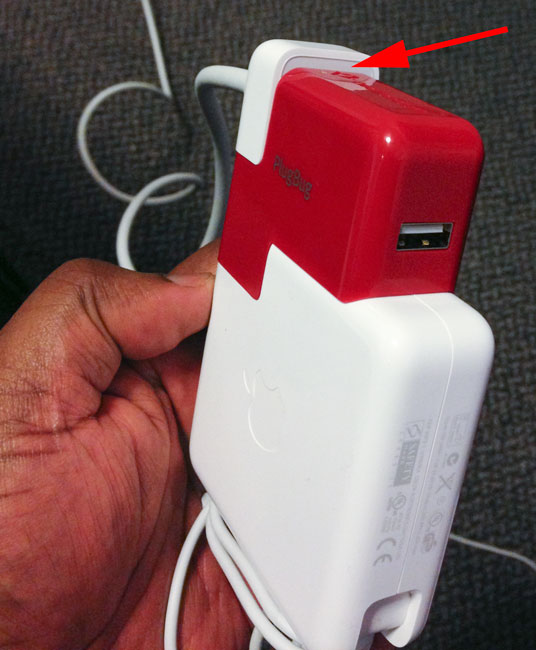 That’s a personal thing with me, but the product works as advertised. Although I CAN use the extended cord, it’s clear by the way it sticks up over the PlugBug that they didn’t design it to be used this way. While we’re at it, I’d also like to see TWO USB ports instead of just one. It would make it much more useful to me if I could use one plug to charge my MacBook, iPhone and iPad at the same time. So make it a little taller to accomodate the extended cord AND a second USB port and I’d “love” it.

You can get a PlugBug here or PlugBug World here.