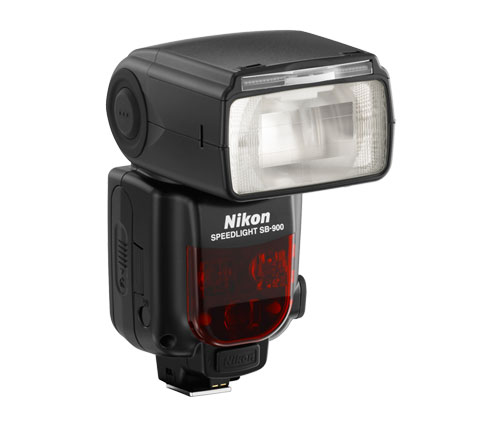 As a Nikon shooter, when people ask me why I use Nikon over the other brands I tell them that I really am not into the religious war between the various camera brands out there. I bought a Nikon D70 (upgrading from an Olympus EN-20) back in the day because at the time the specs met my needs and of course once you start investing in lenses you're pretty much locked in. So honestly I don't really care what you use. I don't! If you're a Canon shooter and you're happy with your gear, more power to you. That's great! Go out and take great pictures because that's what it's all about anyway. Once I get past the story about how I started, I then tell them that now that I am a Nikon shooter there are a couple of things that definitely keep me with Nikon over the other brands (besides the lens investment). One is the integrated GPS support in the Nikon DSLRs. 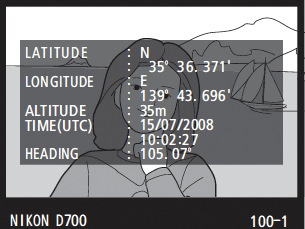 Although I wish the GPS chips themselves were built-in to ALL CAMERAS, I do appreciate the fact that I can buy the GPS module of my choice and just plug it in. The Nikon DSLRs will automatically record the Geo location information into the metadata of the images (both RAW and JPG) and there's even a menu for it right on the camera.

The other thing that I LOVE is the built-in support for wirelessly controlling the Nikon Speedlights. 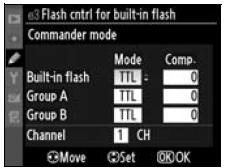 If you have a Nikon DSLR that has the Commander mode/feature built-in, then the pop-up flash can be configured to send out a pulse (instead of/or in conjunction with a flash) to not only fire the Nikon Speedlight remotely, but also control the power output directly from the back of the camera. You can even control different groups of Nikon speedlights turning the power up and down as needed. This way you can put the lights on stands or anywhere you want around your subject.  If your Nikon DSLR doesn't have the built-in Commander, you can buy an external one and put it in your hotshoe.  I use both these features all the time and would miss them dearly if I were to switch brands. I started with an SB-600 Speedlight. Then I bought an SB-800 and then an SB-900. I have and use all three when needed. The other night I was having dinner with some fellow Nikon shooters and we got on the subject of the SB-900. We all agreed that in many ways the SB-900 was actually a step backwards from the SB-800. So the question becomes…

How would you change the Nikon SB-900?

Yes, I know you would drop the price to $99 🙂 So let's move on to the features. We all agreed that the one new feature that is VERY NICE is the simple selector switch to switch the light from being a Flash to a Remote Flash. So simple and so long overdue. On the previous models you'd have to dig through the menus to make these simple choices. Beyond that it was hard to come up with things we liked better. The SB 900 is bigger than the 800, but yet doesn't put out any more power. It just makes it harder to fit it into your existing cases. Also Nikon still only puts the sensor eye on ONE SIDE of the speedlight. While you can swivel it around, it would GREAT to have this sensor on BOTH sides or make it RF based instead of requiring line of sight. We can assume that Nikon is probably working on the their next Speedlight and here's what I'd want: