You didn’t think Facebook would sit idly by while Twitter did LIVE streaming via its Periscope App did you? Early yesterday evening I got an App update to the Facebook Mentions App announcing that it now has a feature called “Live from Facebook Mentions.” 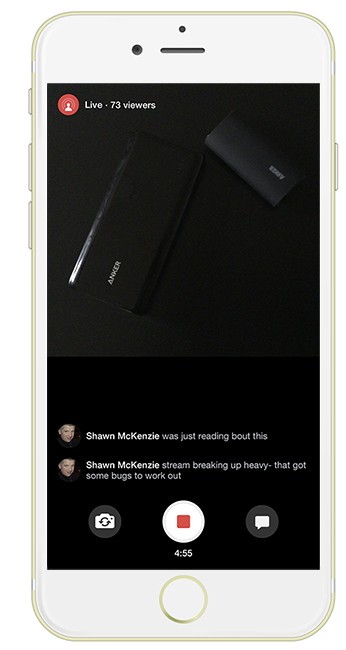 Facebook Mentions is Facebook’s dedicated App for those of us who are Public Figures and have a “verified” Page on Facebook.

While I was certainly honored that Facebook verified my page without any action on my part and the fact that they even created this separate celebrity app, I really didn’t find that it was all that useful compared to the regular Facebook Pages Manager App. Well that all changed yesterday. Now I can bring up the Facebook Mentions App on my iPhone and start a live broadcast at any time. People that have previously “Liked” my Page will get a notification and they can watch the broadcast and make comments via text in the broadcast itself. The best part compared is that after the broadcast is over it appears as a regular video post on my Page for anyone to view after the fact. I also like that this post can be edited so that I can add links, additional information to the items or sites that I mentioned in the broadcast. 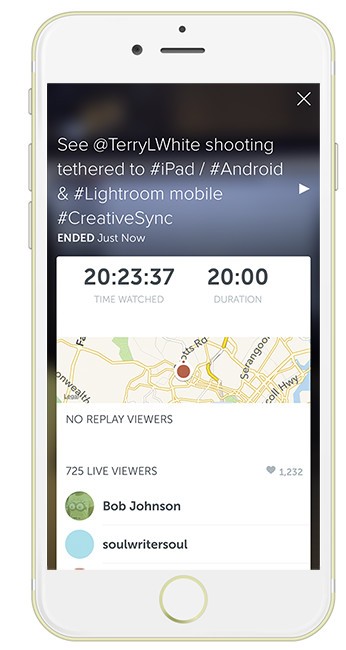 Periscope is Twitter’s Live broadcasting service. Like Twitter it’s free to use. You can download the iOS or Android version and start broadcasting immediately. When you start a new broadcast the app sends a tweet to your Twitter followers as well as a push notification to any of your Periscope followers. People can watch the broadcast either in the Periscope App or on the web in a browser. People can also make comments via text in the App that you can respond to verbally and they can also tap the screen to give you “hearts” (their version of Likes). The idea behind Periscope is to be able to show the world what you’re seeing in realtime. After the broadcast is over it will be available for replay by anyone that follows you in the App or has the link for up to 24 hours. After that it automatically self destructs forever.

Obviously Facebook Mentions Live (FML <- LOL) is the new kid on the block and will come at a disadvantage to Periscope that has now been out for 5 months. Periscope has had several App updates to address user feedback and finally released their Android version. FML is only iOS at this point and currently limited to only those with a Verified Public Figure Facebook Page.

Periscope’s video format is portrait. This pisses off most people not viewing the video in the app and while Periscope has promised to deliver landscape video it hasn’t made it on the scene as of this post. FML on the other hand is a square aspect ratio. This makes it less frustrating to view, but means that they may never deliver landscape video. As you might expect the quality of the video/audio to your viewers will depend on the strength and speed of your data connection. When I’m on WiFi at home both Periscope and FML look awesome. On slower cellular data connections Periscope can be sketchy.

Here’s where it gets interesting. While your Periscope broadcasts automatically announce to your Twitter followers that you’re LIVE, it can be missed if someone is viewing your tweets in the moment. Unless your followers are diligent about scrolling their timelines and viewing your tweets, your broadcasts will only be seen by a fraction of your followers. Periscope does have the advantage that people can follow you on Periscope separately from Twitter, but from what I see the average number of Periscope followers to Twitter followers is usually a small fraction. For example, I have over 43,000 followers on Twitter, but only 3,227 followers on Periscope. My buddy Scott Kelby has over 288,000 followers on Twitter and only 10,830 followers on Periscope. I think that the lower number of Periscope followers is largely due to the fact that people can only follow you on Periscope from the iOS App or recently released Android App. There’s also no way currently to give someone a link to follow you. You can only give them your user name (ie. @TerryLWhite <- yes follow me please).

On the FML side you already have an audience on your Facebook Page. I have 39,736 Likes on my Page. That’s my potential audience each time I do a broadcast. Facebook does play games though when it comes to showing your post to your followers. Look at the graphic above and you’ll see that last night the post had only reached 1,725 of my audience. The more popular your post is the more people that Liked your page will see it. So with that being said not all 39,736 people were notified when I did my 1st broadcast. There’s no way to control who gets notified and who doesn’t. 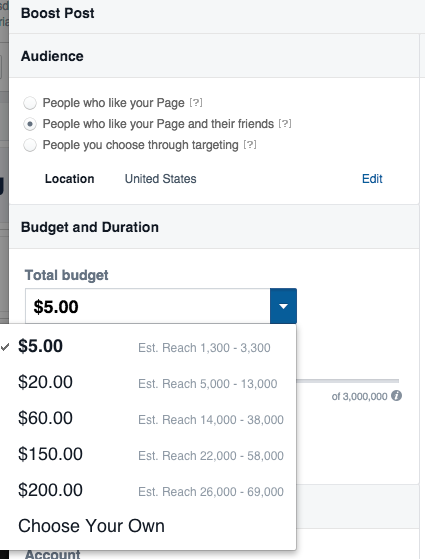 If you want more people to see your post/broadcast you can click the Boost Post button and PAY to have to promoted to more people. It’s a shame that people ask to follow you by clicking the Like button on your Page, but unless they manually visit your page regularly they may not see many or any of your posts via notifications or in their timeline unless you pay for them to see it. Let’s face it that while social media is free, Facebook and Twitter make their money from advertising.

Both Periscope and FML allow people to make comments during the broadcast. in the case of Periscope the comments appear superimposed over the video and some find that distracting. FML on the other hand displays the comments at the bottom of the screen below the square video. With Periscope if your viewers like what they are seeing they can tap anywhere on the screen to give you hearts (adorations). I haven’t seen anything like that yet in FML. However, I did see at the end of the broadcast that I had “Likes” not sure how I got them at this point?

Both Periscope and FML offer the ability for people that missed your live broadcast to see it after the fact. With Periscope your broadcast remains active for up to 24 hours in the feed of everyone that follows you. Anyone that got the tweet when you went live can still click it to watch after the fact. Recently Periscope was updated to allow you share a link to anyone. The obvious downside is that if you send the link to someone and they don’t watch it within 24 hours, the link won’t work afterwards. Periscope also offers the option to save the raw video to your device after the broadcast. This means that you can post the video anywhere you want afterwards but note that it will be a vertical video. FML on the other hand puts the raw video of your broadcast on your Facebook Page immediately after the broadcast ends. That’s VERY COOL because there’s not expiration date. It also means that I can edit the post after the fact and add more info and links to the things I was talking about during the broadcast. Also since it’s a regular Facebook Post you can share it with others on Facebook that aren’t on your page. If you right click the video on your page you can copy the URL and share it anywhere like here.

Why not broadcast to both at the same time?

I came up with an idea to broadcast to both Periscope and Life from Facebook Mentions at the same time. It became a product from Arkon called the TW Broadcaster Pro. Check out my video below:

Periscope is cool and I use it regularly. However, I’ve always felt that many of my fans were missing out if they’re not on Twitter or don’t follow me on Periscope. I’ve posted links to the Periscope replay on Facebook afterwards but again the replay is only available for 24 hours. If Facebook opens up Live streaming to the regular Facebook app, Facebook Pages app and Facebook Groups App I think they would ultimately win as there are more people on Facebook than there are on Twitter. Twitter should open up Periscope a little more by offering direct links to follow people even on the web and they should give the option of allowing replays to last longer than 24 hours. If Facebook wanted to “own” the Live Streaming social media world they certainly have the base to do it. Live from Facebook Mentions Live may be just the beginning of their strategy!

Get the Periscope App here for iOS .

Get the Periscope App here for Android

Get the Facebook Mentions App for iOS here (if you have a verified public figure page) .