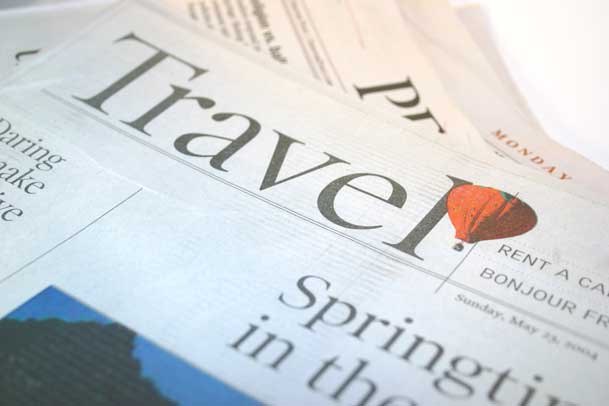 Traveling with the amount of gadgets that I do (cameras, video gear, computers, tablets, etc.), it's always a challenge going through airport security. Now keep in mind that I'm pretty security minded, but I also consider myself to be a somewhat logical person too. So what really cranks me is the inconsistency that is the TSA Airport Security Lane. For the TSA and Airport workers reading this, nothing personal. I know you're just doing your job. I also can't imagine the tremendous amount of pressure you're under to not let a security breach happen on your watch. With that said, I don't really have an issue with the rules as much as I do the inconsistency in which they are enforced.

Take your laptop out of your bag 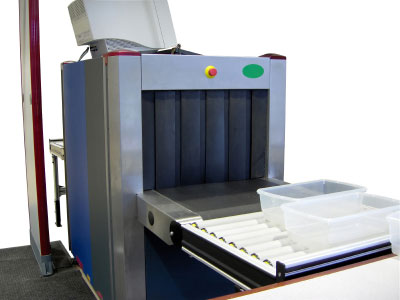 This one is pretty easy to understand. Your laptop has a lot of electronic components in it that need to be x-rayed. The reason they have you take it out is to make sure that nothing else is in the way of seeing through it. No problem. Luckily TSA approves bags like my new favorite laptop bag that allows you to keep your laptop in your bag (most of the time). I've had great success zipping through security with my laptop in this bag! I would say that I only have had to physically take it out once or twice in the US. Don't ask me why?

You can "probably" leave your iPad in your bag

I'll never forget reading an article like this one that stated that TSA says you can "probably" leave your iPad in your carryon luggage. I just laughed a little because I knew "probably" is how this whole thing works. The minute you leave it in, you'll be subject to a "bag check" (additional screening). So unless you have plenty of time to burn, don't gamble, don't argue, don't try to show them the article, just take it out and put it in a bin.

What's a video camera these days? 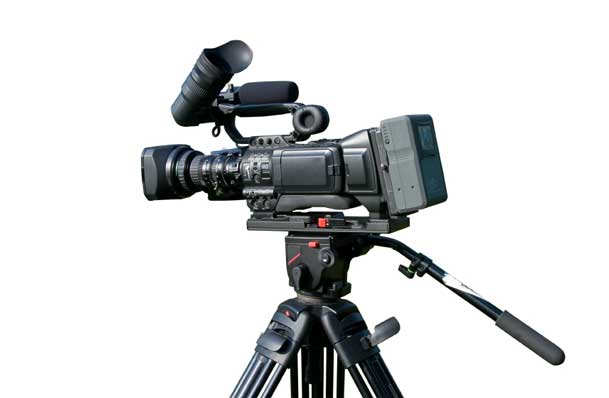 In many airports you'll still find the posters that tell you to take your video camera out of your bag. My phone shoots video. My Nikon DSLR travel camera shoots video, my Kodak Zi8 (flip camera style) shoots video and stills. My Canon VIXIA HF10 that I travel with from time to time shoots video and stills. So what's a video camera these days? I realize that this rule was made back in the day when video cameras were much bulkier and more dense. So yeah they need to come out. However, without more definition people will take "video" cameras out of there bags (therefore slowing up the line) that they may not have to. Also I've actually had several TSA agents tell me that I DON'T need to take my DSLR out of my bag. They see me taking it out and tell me that I can just leave it in. My DSLR is way bigger and has more electronics in it than any "video camera" I travel with these days. See my point?

When a security breach happens or a foiled threat takes place, we freak out! When the foiled "dangerous liquid" incident happened a while back it forced a crack down in the US of bringing liquids on board. The first week this happened pretty much ALL liquids were banned from carry-ons. Then they quickly realized this wouldn't work with moms and infants. So they had to relax it a bit. They also didn't even allow you to bring liquids on that you "purchased" in the airport once you passed the security check point. I guess capitalism prevailed because that rule was relaxed too. Finally we were presented with the TSA 3-1-1 rule and this is probably the one that bugs me most because my brain says that doesn't add up. The rule states: Liquids, aerosols and gels must be in containers three ounces or less, Items must be put in a one quart, clear plastic zip-top bag, and Only one zip-top bag per passenger. Actually I don't have a problem with the limit at all! It's the 3 oz container thing that bugs me. Case in point: I was returning from Denver and I had a mostly used tube of toothpaste in my plastic bag. It was probably at least 80% used up. However, the tube itself was 4.2 ounces. So the TSA agent confiscated it. Again, nothing against her. She was just doing her job! The problem I have with this one is the lack of logic. It wouldn't have been a problem if I had 3 or 4 or 5, 3 oz full tubes of toothpaste as long as they fit in the bag. So the problem doesn't seem to be with the amount of liquid as much as it does the size of the container??? Which still by the way fit very comfortably in the one quart bag with plenty of room to spare. How does this make us more secure? I won't even get into the fact that a group of evil doers could all bring their one quart bags on board and mix their evil formula together as a group. So yeah, let's have a limit! The limit should be the one quart bag and that's it. If you fit all the liquids you want to bring in that bag, you're set!

Traveling Internationally? All bets are off! 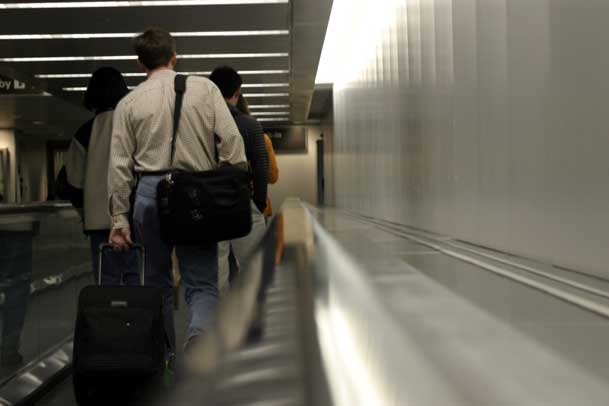 I travel internationally quite a bit these days and you can pretty much forget a lot of what you just read! For example, in most cases you're going to remove ALL of your electronics from your bag. They could care less about "TSA approved" laptop bags. In most cases you don't take off your shoes (unless it's your return flight to the US) – YAY! Nope, you take off your belt instead. There's no convincing them that your belt is OK. They want it off! I don't argue anymore. I just take it off.  Oddly enough they want more stuff out of your bag, but they typically have the smallest bins in the world. So you'll be using two, three, maybe four bins depending upon the amount of gear you have.

They want paper! – The rest of the world hasn't fully caught on to the electronic boarding pass thing, especially for traveling internationally. Although many airports abroad DO in fact have and support online self check-in, they want a PRINTED BOARDING PASS and in many cases a PRINTED ITINERARY. I used to never print my itinerary. Why would I need to? It's in my computer. It's even in my phone via the TripIt app. However, I quickly found out that sometimes they want to see it. Traveling back from India, you couldn't even enter the airport without a printed itinerary. Of course I didn't know this and freaked out a bit. Luckily they let me in that one time by showing them the electronic version on my phone. However, it definitely caused a slight delay and a brief "you're screwed feeling." Getting back to logic thing – I don't get this requirement! They aren't checking your name against a database of fliers for the at day. So anyone with a good word processor or desktop publishing app can have a "printed itinerary." If you're going to require this, fine. However, make it make sense by looking me up to make sure I'm actually on a flight today.

There isn't much consistency in the way the rules play out from airport to airport. There isn't much you can do about it and complaining about it won't get you far. Making a scene will probably buy you a ticket to a room with no windows, so just suck it up and deal with it. Give yourself plenty of time and put your small electronics in a bag like this inside your main bag. It saves time and gets you through quicker.

Here are some tips to help you (and the rest of us) get through the line quicker.