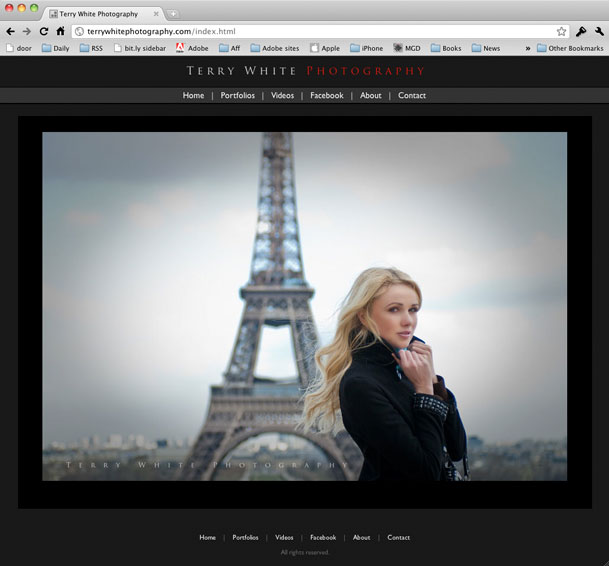 This one is for the Photographers out there!

Adobe Photoshop Lightroom has had web galleries since day one. You can either export out an HTML gallery of your images or a Flash Gallery of your images. Each one of course having its advantages and disadvantages. I find that photographers in general like Flash galleries because of two things: 1) they're (pardon the pun) flashy. You get transitions, animations, zooming, automatic slideshows etc. 2) they offer one more level of image protection by making it harder for people to just right click and download the images. The disadvantage is that not every device can display Flash galleries. If you go with an HTML gallery it can be seen on just about any device, but you lose the flashy appeal.

Up until yesterday my photography website was all Flash with an HTML fallback. I loved the features of my template. I loved the animations, image fading and slideshows and while I did have an HTML fallback for those that couldn't see the Flash site the biggest problem was keeping them BOTH up to date. The Flash site was driven by XML and was pretty easy to update with new images.. The HTML part was driven by a Lightroom web engine (more on that later) and required a separate export and upload each time I needed to do an update. It wasn't the end of the world to update them both, but I found myself updating the Flash site more often (because it was faster), which meant that people on non-Flash devices/computers wouldn't see my latest images. Not good!

What's this HTML 5 thing anyway? HTML 5 is next standard of HTML and it's still very much a WORK IN PROGRESS. This is why you don't see a ton of tools for it yet. Also and probably the biggest thing to note is that HTML 5 may never do all the things that Flash can do. This means that it's not a direct one to one replacement. At least not today for sure. HTML 5 authoring isn't just one thing. It's using HTML 5, CSS3 and Javascript. . Actually it's CSS3 that's the really interesting part. If you're really interested in developing in HTML 5 Adobe has already released the HTMl 5 pack for Dreamweaver and Illustrator. Check them out on Adobe Labs. More tools are in the works! Back to the photographers…

I started thinking about my site and the fact that it was a pain to update and therefore I wasn't updating it as often as I'd like to. Then I started listing the ideal things that I would want to have to make it easier:

The Turning Gate To The Rescue

Once again The Turning Gate has come through for me. You might remember my post on using one of their web engines for my client review galleries. Since that review went live I've been working with Matthew Campagna at TTG on the ultimate solution to my goals. After countless emails back and forth (he's a great guy!) on what I wanted and tweaks to his engines based on my feedback I was able to create my entire site from scratch using Lightroom 3 and three TTG plug-ins.

END_OF_DOCUMENT_TOKEN_TO_BE_REPLACED 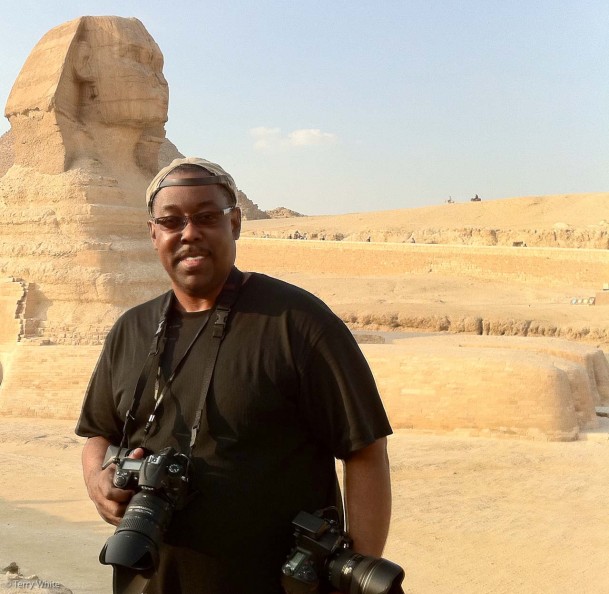 I'm headed back from Cairo as I write this quick post to thank everyone who showed up and supported the CS5 Pharaohs Tour in Egypt! It was an amazing turnout with standing room only. I had a blast, took lots of pictures, met some great new friends and was photographed more in one day than I have been in 10 years 🙂 I'm totally wiped out and therefore I decided to wrap this trip up with more photos than words. Enjoy… 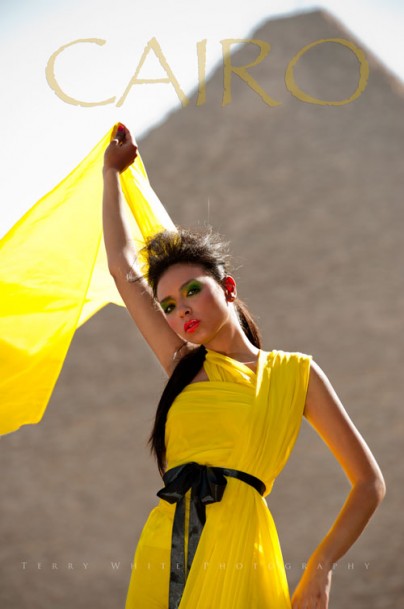 Yes I managed to work in a Fashion Shoot 🙂 – ok back to work!

The turn out was absolutely incredible with some traveling as far as South Africa to see this event! 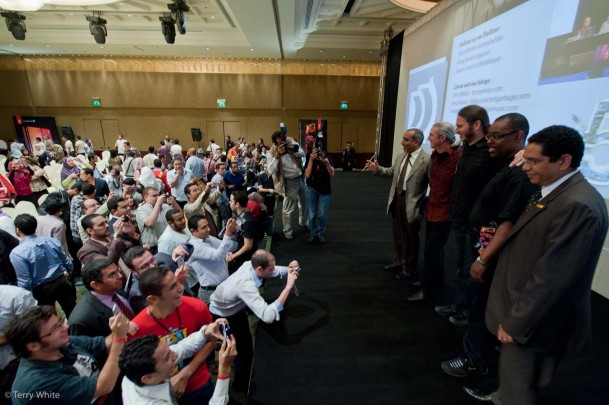 They treated us like Rock Stars! I was floored by the number of fans that were on hand to have the photos taken with us and to take photos of us. I'm truly humbled by the response! 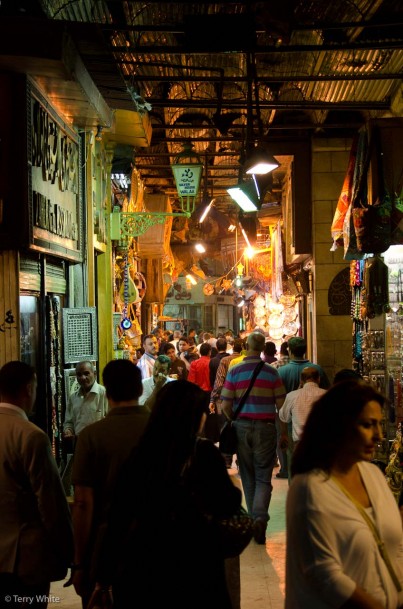 Yes we made it to Historic Old Islamic Cairo. This is a "must visit "if you're in the area. 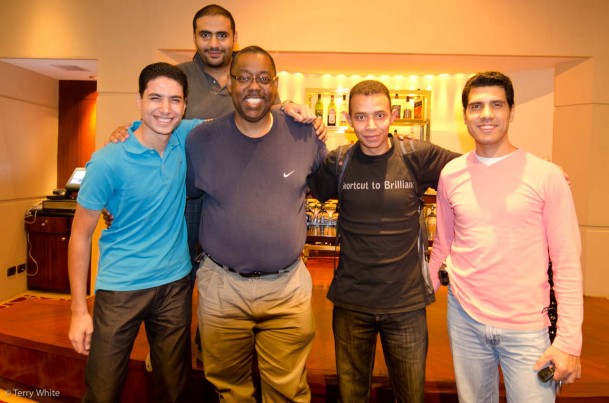 Special thanks goes out to the Adobe User Group Managers in Cairo! You guys are awesome. Thanks for making me feel so welcomed.

That's all I have time for now, I'm about to board my next flight. See more of my photos here and once again THANK YOU CAIRO! I shall return 🙂

In April 2010 Adobe released Creative Suite 5. Among all of the amazing features of this release was one feature that allows Flash Developers to export their Flash developed Apps as native iOS (.IPA) Apps from Flash Professional CS5. However, due to a change in Apple's developer agreement the future of this technology was unclear as Apple basically changed their agreement in ways that would potentially block Apps that were not created with Apple's tools. Well yesterday Apple changed this policy and I couldn't be happier for the developer community! This is great news for developers and we’re hearing from our developer community that Packager apps are already being approved for the App Store. I should point out that Apple’s restriction on Flash content running in the browser on iOS devices remains in place.

Adobe will continue to work with key industry partners, including Google, RIM, Nokia, Motorola and Palm/HP to enable their device users to browse the full web through Flash Player 10.1 and run standalone applications on AIR. We are excited about the great progress our partners are making as they deliver the first smartphones to market with full Flash support.

The Video I Never Got To Show

You might remember my popular series "My Top 5 Favorite Features of CS5" that I ran on YouTube and my Creative Suite Video Podcast. I recorded those videos right before the official release of CS5. However, I chose to re-record my Flash/Dreamweaver video because I felt there was no need to talk about the iOS App Packager in Flash CS5 since Apps created with this technology could have been potentially blocked from the App Store. Well now I finally get to show you the video that I intended to show from the beginning. Here's my "original" Top 5 Favorite Features of Dreamweaver and Flash CS5. I think you'll like the last feature 🙂 :

By the way, don't forget to check out Adobe's iOS Apps here. 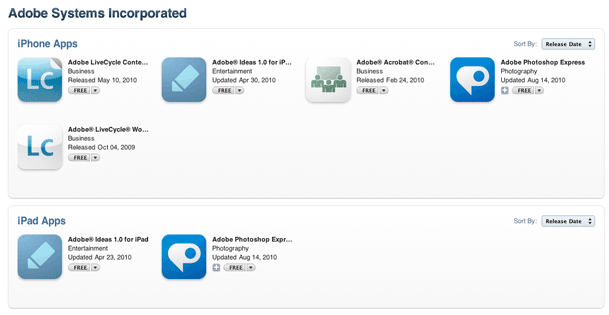 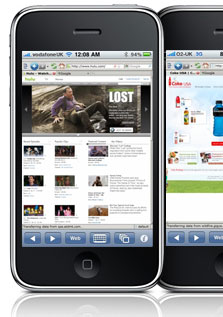 All I'll say is check out this App that I reviewed on Best App Site today. 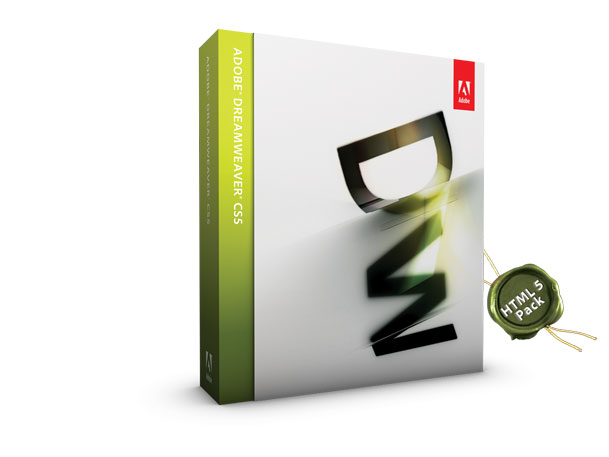 As you might have heard, there's been quite a bit of controversy on the web over the past few months about this thing called HTML 5. Although HTML 5 is far from completion as a standard, Adobe is answering its customers by releasing a HTML 5 Pack for Dreamweaver CS5 Today (well actually yesterday). That's right, you can begin authoring websites for HTML 5 right now in Dreamweaver CS5 with this FREE download.

See it in Action

Here's a video with the NEW HTML 5 Pack being put to use to make one website for a desktop browser, tablet and phone: 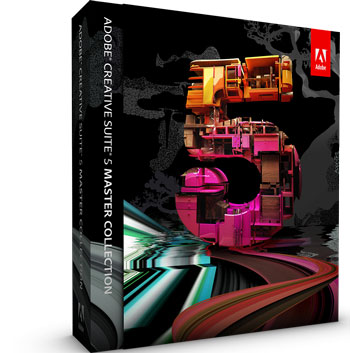 Now that Adobe has taken the wraps off of Creative Suite 5, there are lots of questions on the minds of our customers. So we thought it would be bennificial and fun to address your questions LIVE via Adobe Connect. Not only will Adobe's Worldwide Creative Suite Evangelists (Greg Rewis – the web guy, Jason Levine – the video/audio guy and myself) be on hand to field your questions, but we'll also show Creative Suite 5 tips and tricks for our Design, Web and Video suites.

Sign on as a GUEST with your real name. While there is no pre-registration required, this session will be limited to 100 attendees. So it’s first come, first served. I advise you to log in 15 minutes before the 11 AM  start time as we plan to start on time.

Here's a video to tide you over until Thursday 🙂