Review: Kindle Fire – A great tablet for the price! 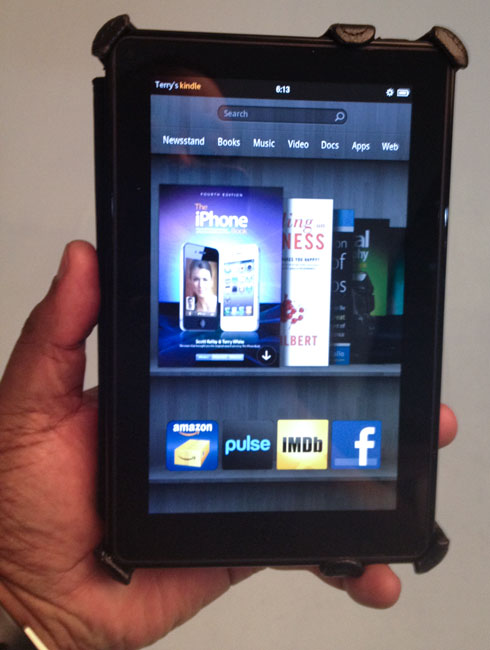 When I reached out on my social media channels for ideas of what gadgets you'd like to see me take a look at, overwhelmingly the response was "Kindle Fire". People also wanted a comparison of the Kindle Fire and Color Nook. I'll say more on that in a minute. First of all, as many of you already know, this is not a general review site. The guys over at Engadget do a great job of reviewing ALL things tech. My goal has always been to talk about the products I actually use. Luckily I do have a use for the Kindle Fire and it's actually more to do with my day job at Adobe. We are bringing the Kindle Fire into our list of supported devices for the Adobe Digital Publishing Suite. With that in mind I figured it would good to have a Kindle Fire to test on and while I've got it, it couldn't hurt to review it.

People really want to compare it to the iPad 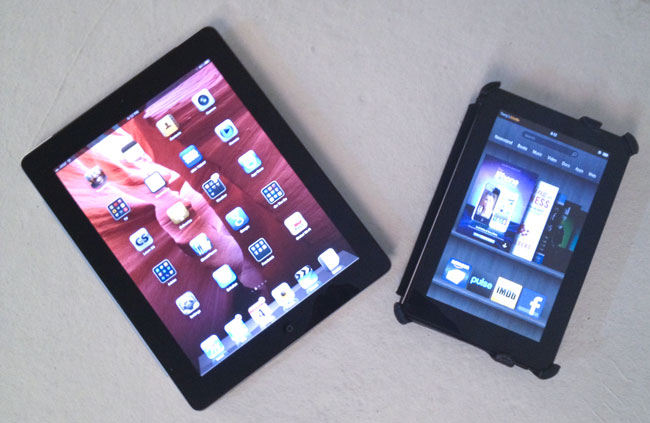 While it's easy to want to draw comparisons to the iPad (and I will), I look at the two as aimed at two totally different markets. To keep it simple I would say that if you are primarily looking for a general purpose tablet to run lots of Apps on and possibly use instead of a laptop/desktop computer then the iPad is probably going to suit you better. If you're looking primarily for a digital book/magazine reader that can also run Apps/play content and you don't want to spend a lot of money, then the Kindle Fire is a PERFECT choice!

What about the Nook? I don't have one, have never held one and therefore have no comparison to give you. I have no plans to get one at this time, but if I do then I'l compare it with the Kindle Fire. 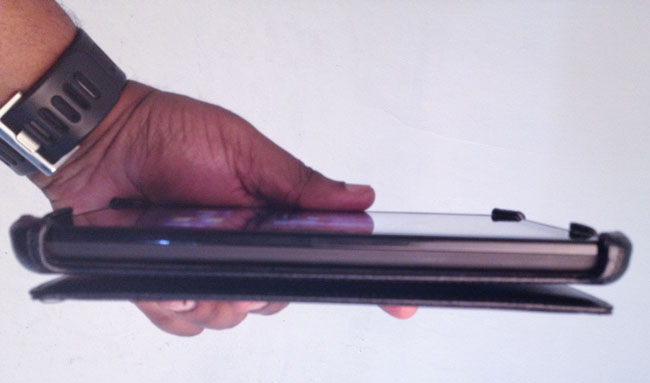 It has 8GB's of storage (not a lot) and only 6GB of that is available to you for content. You can expect to get about 7-8 hours of continuous use out of it. I was impressed with the out of the box experience. What I didn't notice during the ordering process is that Amazon knows me! Therefore when my Kindle Fire arrived it was already configured to my Kindle/Amazon account and all my books were already there. That gave me a definite "aha" moment, because I then realized that since Amazon knows me that my Amazon Cloud music was also there for streaming/download. Don't worry, if you're buying one as a gift then you can specify that it's NOT for you during the ordering process and it will ship unregistered. Navigation seems pretty straight forward and out of the box there really wasn't anything that I struggled with not knowing how to do or having to refer to a manual. It asked me to log on to my WiFi network and I was off and running. The battery had enough charge in it out of the box for me to set it up and play.

More than books and magazines! While the Kindle line has been traditionally targeted at only those interested in reading, the Kindle Fire breaks away from this mold nicely. It can browse the web, do email, run Apps (yes games too), play music, play movies, and play TV shows. Amazon is giving away free cloud storage for your digital content this helps combat the limited storage on the device. Also Amazon offers up their Kindle Lending Library so that you can actually borrow free books with no due dates.

What could be better?

The Kindle Fire can run Android Apps and that's a great thing! However, there is one small problem and that is that there is no built-in way to access the Android Market. That's right! No Android Market. If you want to buy or download free Apps you have to do it from the Amazon App Store. To a new Kindle Fire/Android user this won't be a big deal at all, but in my case I have a few Android Apps that I've paid for and unless I do some hacks, I'd have to buy them again from Amazon. It's not the end of the world because I don't have that many, but it kinda blows! While WiFi is great I would have loved to have seen a 3G offering too even if it costs more.

The built-in stuff – This will likely be another source of disappointment for anyone who has looked at or used an iPad. The quality of the built-in Apps vary. For example, the email App, while not stellar is functional. The web browser is OK too, but when I tapped on the Facebook "app" it merely took me to the Facebook mobile page. In other words what appear to be Apps in some cases are merely bookmarks.

The Kindle Fire is an excellent choice for those of you that kinda want a tablet, but don't want to spend $500 on one. At $199 the Kindle Fire is priced right and will definitely keep the guys in Cupertino on their toes. Best Buy recently announced that the Kindle Fire was the first and only tablet they've sold to outsell the iPad and at that price it's a no brainer. However, for the heavy tablet user you will probably be disappointed in the Kindle Fire App selection at this point. This will hopefully only be a temporary problem. I've already bought a second one as a gift for an immediate family member who has never wanted an iPad and who has an older Kindle.

8 thoughts on “Review: Kindle Fire – A great tablet for the price!”