My take on the NEW MacBook 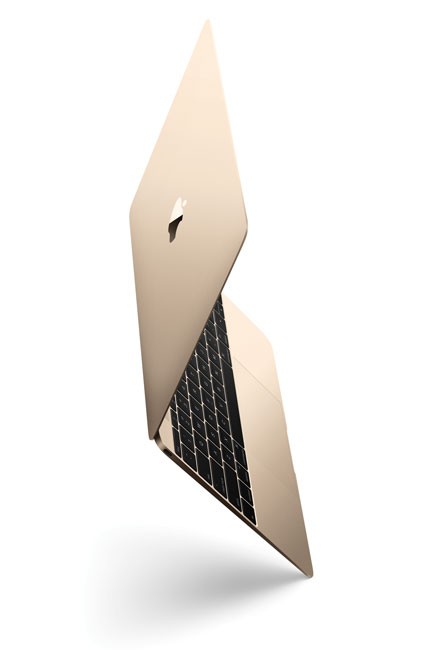 Yesterday when Apple announced the new MacBook I was mildly interested. After all my 2nd computer is a MacBook Air. I’m always attracted to electronics that are thinner and lighter in weight. However, as they started to reveal the specs I quickly began to realize that this wasn’t going to be a product for me. I also had to remind some of my friends that not every product created is for every user. This is why Apple now has three different products in their notebook lineup (MacBook, MacBook Air and MacBook Pro). I’m mostly a pro user and this is NOT a pro machine.

Could it be an upgrade for my MacBook Air Mid 2012?

My 2nd computer that I use mostly around the house is approaching the 3 year old mark and that’s like 3 hundred years old in computer years right? My MacBook Air currently has 8GB of RAM, a Core i7 processor, 512GB SSD and a 13″ display. I always said that I would upgrade it the minute Apple created a 13″ MacBook Air with 16GB of RAM. That day still hasn’t come yet and the New MacBook isn’t an upgrade for me either, so I continue to wait. First off, I don’t want a smaller display. While I don’t connect a lot of peripherals to my MacBook Air on a regular basis it’s still good to know that I can easily connect an external display/projector, Wacom tablet and Thunderbolt hard drive and insert and SD memory card without any fuss.

Then who is the new MacBook for?

When I think of the New MacBook I immediately think of students and perhaps office workers/managers. These are folks who primarily use web based apps (so the browser is their main app) and productivity Apps. They do email, they write, they store things in Dropbox and they move around from location to location, classroom to classroom, meeting room to meeting room, a lot. However, most of those users will still tell you that they need to plug in an USB thumb drive from time to time.

If you’re disappointed in the specs of the new MacBook, remember that this is Apple’s “low end” notebook. It’s probably not for you and never was intended to for you. You walk past things in the mall every time you go there that aren’t for you, but you don’t complain you just keep walking. This is no different. This NEW MacBook feels more like an upgrade to the iPad user that’s hit the wall. If you think about it, it’s like an iPad with a keyboard/trackpad instead of a touch display, that can run Mac OS X instead of iOS. It has a 12″ display instead of a 10.1″ display. Yep, it’s an upgrade to the iPad in almost every way. Feel better now? 🙂

In the meantime I’ll keep working happily on my MacBook Air and MacBook Pro.

Find out more about the new MacBook here.

Also the good folks over at Mashable had a good article about 5 things that Apple didn’t say about the new MacBook. Definitely worth a read.

Apple dropped the price of the Apple TV to $69! It’s still one of my favorite gadgets of all time.

9 thoughts on “My take on the NEW MacBook”