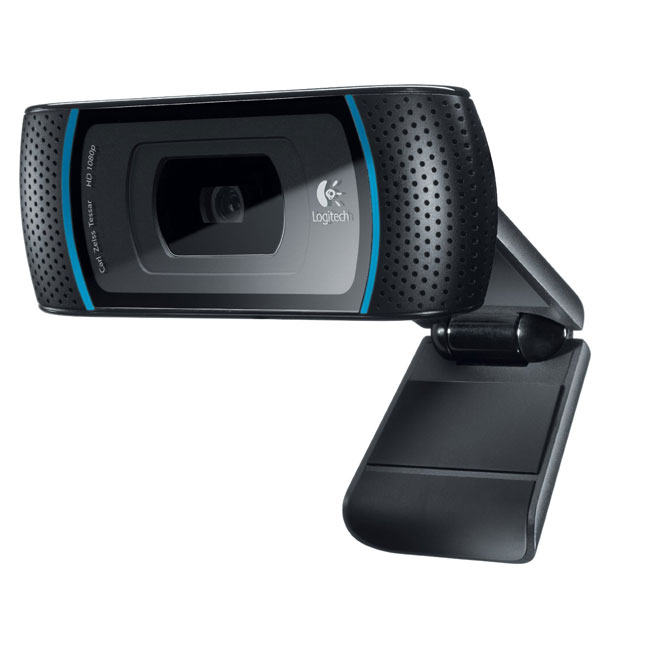 I'm really impressed by the video quality of Logitech's 1080p HD Web Cams. As a matter of fact I've started using them for my Adobe Creative Suite Podcast when I'm recording an episode in studio. The only problem that I have with them is that Logitech (along with all the other webcam makers) seem to think that the only place anyone would ever want to mount a webcam is on top of their monitors. The reality is I already have an HD webcam on my MacBook's. It's called an FaceTime HD Camera. If I'm doing a video chat it's great having it built-in. However, If I want the camera further back to capture more of the set that's when an external video camera works best.

There is no physical reason why the Logitech HD C910 pictured above couldn't have a standard tripod mount built-in. As you can see the mount is just dead weight with no electronics in it. There's even room for a standard mount without changing the design. I've even seen some do-it-your-selfers out there posting all the steps necessary to do it yourself. While I know it wouldn't take much for me to do it, there's not reason for Logitech not to build it in. 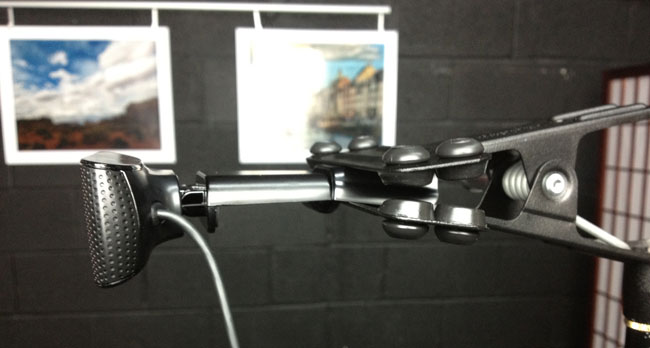 Instead of drilling a hole. I just went with something I already had in studio. A Justin Clamp mounted on a light stand. These are great for mounting speed lights and holding reflectors on standard light stands. They also work great for holding the Logitech Web Cams. The only problem is that they cost almost as much as the webcams themselves. If you're buying one for just the purpose of holding a webcam or reflector, then there is a much lower cost alternative. The Manfrotto Spring Clamp is less than half the cost of the standard Manfrotto Spring Clamp with Flash Shoe and it gets the job done just as good. You can get one here for about $17 or less.

Logitech Could Even Take It Up A Notch Further

Besides adding a tripod mount hole they could really kick things up by adding or selling a separate stand to allow the camera to be pointed down at say, oh I don't know,  a mobile device such as a tablet or smartphone. More and more presenters are having to present from their mobile devices and the current solutions are expensive and bulky or low quality video. I love having video out on my iPad 2, but the problem with that is that people can't really see the gestures that you're doing. They just see things happing on the screen.  If a Logitech HD webcam could be mounted on a lightweight stand that's easy to travel with (See my Point 2 View review), then it would make them even more attractive.

What say you Logitech?

You build great webcams. Please look outside the box and look at more uses than just sitting it on top of a monitor!

UPDATE: Twitter follower @EricKintz alerted me to this Logitech Model (C615), which does in fact have a tripod mount on it. Woot!

3 Replies to “Hey Logitech! Can I get a tripod mount?”