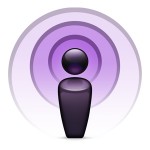 One of the questions I get ask a lot has to do with my video podcasts. I have two popular shows. My Adobe Creative Suite Podcast has been ranked in the Top 10 Software How-To Podcasts on iTunes off and on now for the past 3 years. I’m approaching my 300th episode! Each month the show gets tens of thousands of downloads.  The show has received millions of downloads to date. 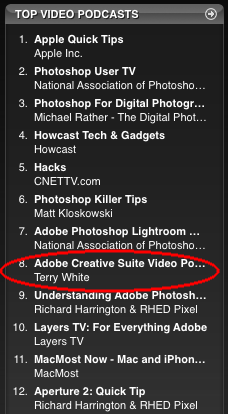 I also launched another show at the beginning of the year for my Macintosh Users Group, MacGroup-Detroit called "MacGroup TV". While this show won’t get anywhere near as many downloads, because of it’s smaller targeted audience (our local group), the episodes average 60-90 minutes each! That’s a long time for a show. Each episode of this show can range anywhere from 700-900MB on average. So here comes the big question?

How do you afford all that bandwidth?

The average web hosting company will generally cap you bandwidth at X number of gigabytes per month. Well if you have a popular video podcast you could easily exceed that number and start getting dinged $$$ for every kilobyte there after. So the key is to find a hosting provider that specializes in Podcasting and one that doesn’t charge by the bandwidth. I have just such a provider. I’ve used Liberated Syndication for years.

They’ve figured out that in order to be successful you can’t charge customers by the bandwidth. Instead they charge a very very very moderate fee by the storage. Their prices are very affordable and since my shows have basically zero budget, this works out great for me. They also partner with advertisers who you could strike deals with (they broker them for you) to help offset the cost of your show. If your show is popular, you may even make a few bucks. If your show is very popular, you could make a nice supplemental income. Although I’ve had several offers, to date I have resisted paid advertising on my shows.

What goes into producing an episode and getting it on the air?

I keep the production of my Creative Suite Podcast very basic. I do this show on my own time and have very little time to spend on it. Therefore, it’s usually just the video from my screen capture software. I use either iShowU or Screenflow to do the capture and then from there I compress it into the appropriate .MP4 format using Visual Hub. Unfortunately Visual Hub is no longer available, but Handbrake now uses a lot of the technology behind this great app.

My MacGroup TV episodes are much much more involved. These are 2-3 camera shoots (one of the cameras being a screen recording using iShowU. I then bring the footage into Adobe Premiere Pro CS4 and edit it down using the multi-cam features. Lastly I export it out to .MP4 format using either the Adobe Media Encoder CS4 or Visual Hub. Since MacGroup TV is a monthly show, it’s not bad to do this type of work once a month. Lastly the .MP4 files are uploaded to Libsyn via FTP and then scheduled for release via a web browser.

If you’ve got a message to share, you can probably get it out there for less than you think. Certainly if it wasn’t for the low pricing at Libsyn there would be no way that I could do my two shows. If you do decide to do your own show, remember that it takes commitment to keep it going. What sounds like a great idea and fun at first can quickly turn into work as the weeks and months go by. If it weren’t for the constant support and positive feedback of my fans I would have stopped my podcast and this blog long ago!

6 Replies to “Get your message out for less than you think!”