Skip to content
I’m usually very good at keeping up with my gear. To date I’ve never lost a phone, iPod, camera or other portable electronic piece of gear. However, last week I had a couple of close calls and both were quickly solved with the free Find my iPhone app by Apple. Don’t let the name fool you. “Find my iPhone” isn’t just limited to finding lost/stolen iPhones. It can find just about any piece of Apple gear that’s equipped with WiFi, Bluetooth or Cellular.

I almost lost an AirPod

I remember when I got my AirPods at the beginning of the year, the number one question/concern people asked me was “aren’t you afraid of losing them?” I wasn’t afraid of losing them at all. They fit snuggly enough in my ears not to fall out on their own and whenever I’m not using them I return them to the charging case. However, I almost lost one last week in a weird way:

I was boarding my flight to Adobe MAX in Las Vegas and as I was putting my bag up in the overhead compartment when I accidentally knocked one out of my ear. No problem, I kinda figured the direction it went in and I would just reach down and pick it up off the floor after I put my bag up. I looked all over the floor and couldn’t find it! Even the Delta flight attendants tried to help. One even lifted up the seat cushions in the area and it was just GONE. Nowhere to be found. I had to take my seat to allow the other passengers to board. 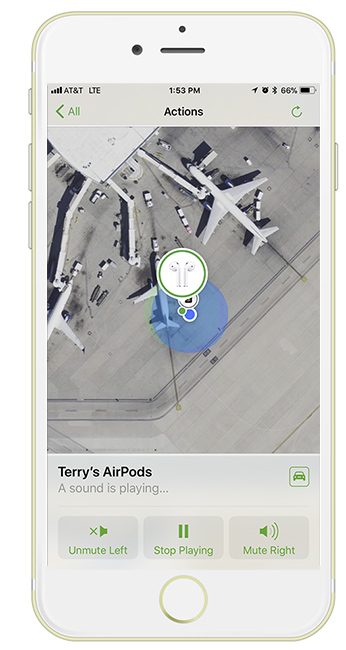 As I was sitting in my seat I thought about the Find my iPhone app. I knew that it gained AirPod support, but wasn’t sure if it was just going to give the location or more. I was very happy to see that not only could it tell me where they were on the map (didn’t need that, I knew they were on the plane), but it could also play a beeping sound on them that was loud enough to hear. There was even an option to mute the one that was still in my ear. I could hear it and knew that it was somewhere in the general area where I thought it was. I had to wait till we landed before I could try again. I waited for everyone in that area to deplane before hopping into that area of the plane. I played the beep sound again in the app and the AirPod was in a place I would have NEVER looked. 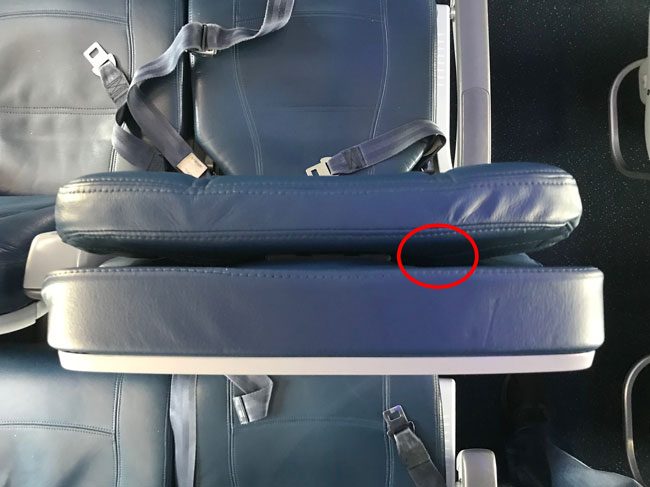 It was actually lodged in the headrest of the one of the seats. Without the beep I would have continued to look around on the floor and just would have eventually given up.

After a great inspirational week at Adobe MAX in Vegas I flew home. I wasn’t feeling well on the flight and by the time we landed I just want to get off the plane. I normally always check the seat pocket to make sure I’m not leaving anything. I had put my iPad Pro in it before we took off but never used it in flight. That’s probably why I forgot it was there. I headed home on Friday and didn’t even know it was missing until Sunday. I went into my bag to grab my laptop and even as I was opening it I started thinking about the iPad. I got that sinking feeling that I had left it and sure enough I had. Keep in mind this was now two days later. I figured there was no way it wasn’t stolen. 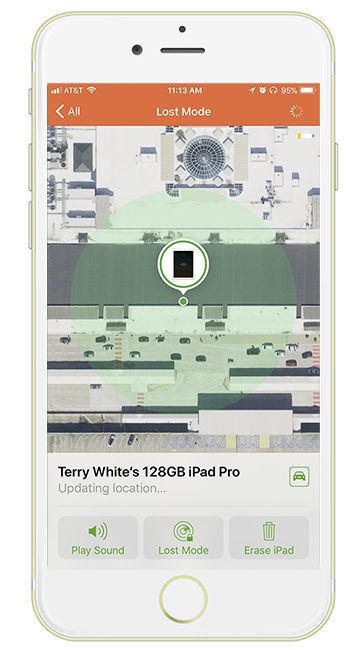 However, as I was calling Delta I fired up the Find my iPhone app and there it was! It was sitting in the Atlanta Airport. I put it into “Lost Mode” in the app which displays a screen stating that it’s lost and you can put in a name and number to call if found. The fact that it was in the airport meant that it was probably sitting in lost and found and I was right. It was. 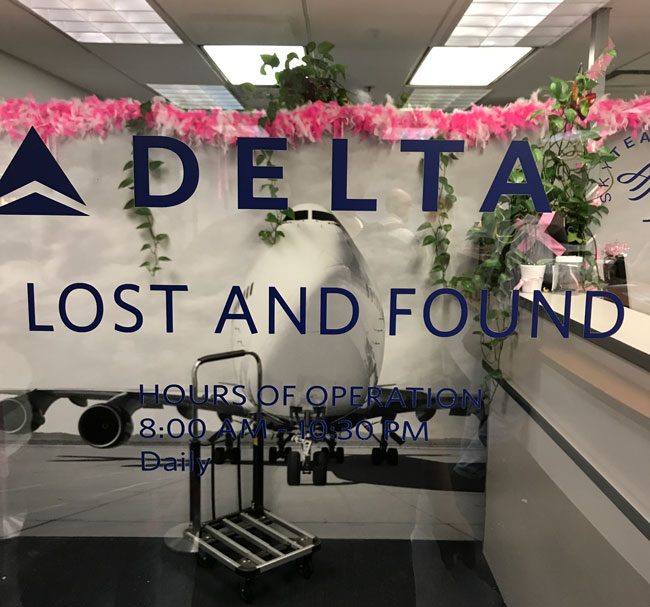 Although Delta has an online lost and found claim form that I filled out, I just went to pick it up before they contacted me on Monday evening. It was there. I even played the beep on it from the App on my iPhone 7 plus to help the rep locate it. I could hear it behind the partition. She brought it over and once I filled out the claim form I was on my way.

It sucks to lose a valuable electronic gadget. I was extremely lucky to get my iPad Pro back. There are honest people in this world and for that reason you can take some steps to make it easier for them to return your items. For laptops and other large electronics it never hurts to tape a business card to back of your device. For smartphones and tablets you can add contact info to your home screen in Photoshop. When you wake my iPhone or my iPad from sleep you’ll actually see my name and a phone number/email address. Had I not been able to find my iPad Pro I could have still used the Find my iPhone app to wipe my information from it remotely. The next time it was powered on and connected to the internet the wipe would begin and not stop no matter what. Also thanks to Apple’s iCloud implementation no one would be able to setup the device even as a newly wiped device without knowing my iCloud password. This helps makes Apple devices less attractive to thieves. 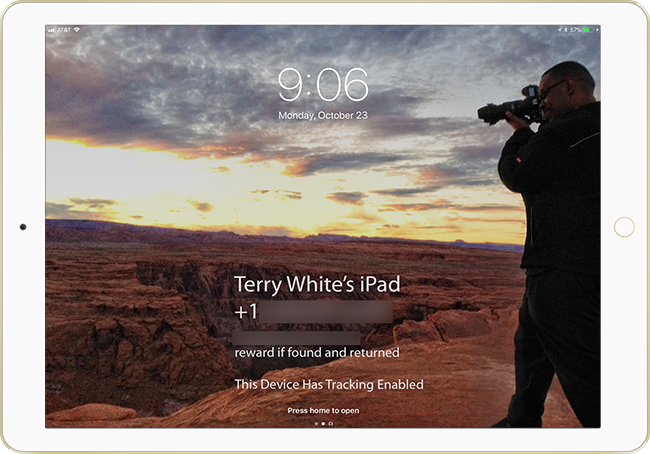 I’ll never know which one of the cleaning crew was honest enough to turn in my iPad Pro, but I want to thank that person, Delta and Apple for making an App and technology that helps users find their lost/stolen items.