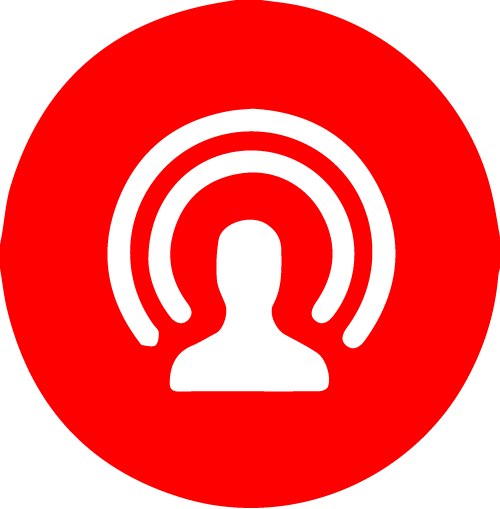 Facebook just up’d the ante for Live Streaming by releasing a developer API for their Live Streaming feature. This means that any developer can now take advantage of this by adding Live Streaming to their Apps or Devices. One of the first companies to take advantage of this is Telestream. Telestream makes my favorite screen recording software (Screenflow) and they make a professional level streaming application called Wirecast. Wirecast 6.0.7 came out on the same day and allows you to add Facebook Live as a streaming option. 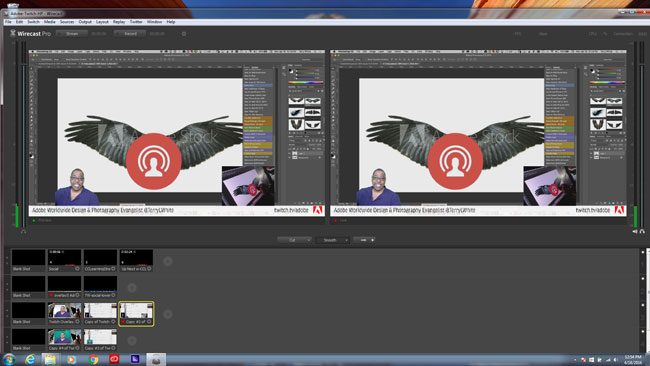 With this Wirecast update I can now not only stream from my studio setup including my Mac to my Facebook Page, but I can even stream simultaneously to Twitch.tv, YouTube and Facebook at the same time. Since I do software presentations for a living, this is HUGE for me. I have a new way to reach my audience in an engaging way. Live Streaming is all about that live audience/commenting experience. People can ask questions and I can address them directly as the broadcast is happening. The Live Streams can be viewed on computers or mobile devices from anywhere in the world that a Facebook connection is allowed.

Wirecast is for professionals

The main question that people had during my first test of streaming from Wirecast to Facebook, was “how much is Wirecast?” If you’re a casual user/home user then you’re definitely going to have sticker shock. Wirecast 6 goes for $429-$470 at B&H (Mac | Win) and that’s discounted from the $495 list price. While that may seem like a lot, you have to remember that it’s a professional application for basically setting up a complete streaming studio. Facebook streaming is only a recent addition to its long list of features. It supports multiple cameras and inputs, microphones, titles and more. It can also stream simultaneously to multiple platforms. If you were setting up an online TV show, this would be what you’d use. You would also dedicate a fast computer to it to. It’s not designed to run on the same computer that you’d be sharing to your audience. 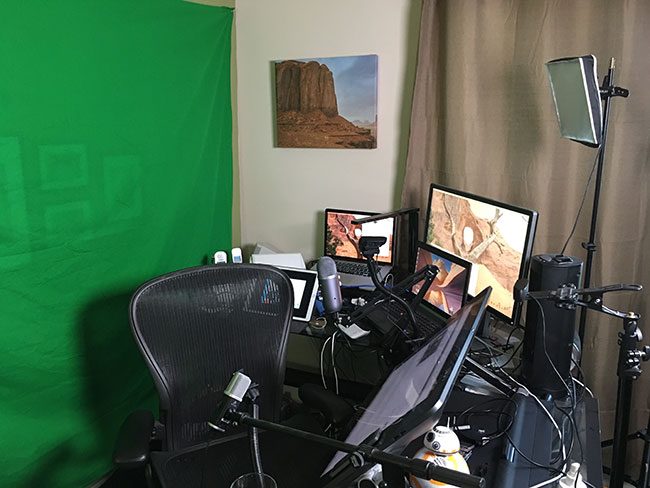 which brings in a LIVE HDMI signal from my MacBook Pro. I have both a Logitech C930e

simultaneously. My Mic is now the Blue Yeti

. I also have a green screen

continuous lighting. If this all sound elaborate and expensive, it is. I do this for a living. It’s my day job.

Why Facebook Live DESKTOP Streaming is Important To Me 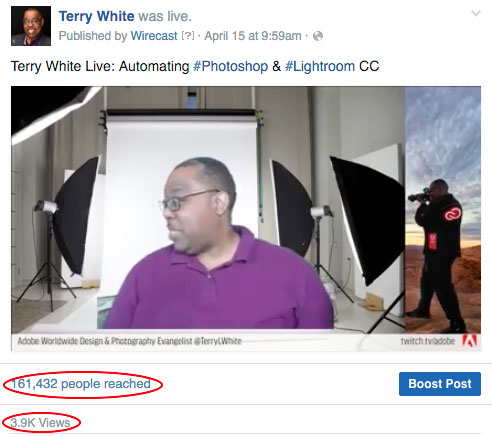 I stream a regular show (Terry White Live: The Lightroom and Photoshop CC Show) Tuesday’s and Friday’s on twitch.tv/adobe at 10AM ET. I’m already putting in the effort to do this regularly scheduled show. When it comes to my time, I want to maximize it and reach the largest possible live audiences audiences. Live Streaming is about engagement and while the engagement on Twitch is good, the engagement on Facebook AND Twitch is even better. I love the way that Facebook Live streams are organically integrated into Facebook. There is no need for anyone to download a special app, create a new account, install a plugin, or do anything special. They see the Live Streams in their existing feeds. If they click on your video they can even subscribe to your future live streams and get notified when you go live. I reach many many more people with my Facebook Live streams on my Facebook Fan Page than I have with Twitch, Periscope and YouTube combined. Now that I can stream from my desktop I can do my tutorials without having to point my iPhone at my computer screen. The experience is MUCH BETTER. Also since the video and comments become a regular post when you’re done on Facebook, it makes it easy for people to go back and watch the replay after it’s over if they missed it or simply want to see it again.

Live Streaming is here to stay. We are all empowered to Go Live anytime we want 24 hours a day, 7 days a week, 365 days a year. You can broadcast casual things about the world around you, or do full blown TV show styled broadcasts. While Live Streaming certainly isn’t new, Facebook has opened the doors to the masses to be able to do it to their existing friends, family and customers. Now that Facebook has given developers an API, I expect to see many more hardware and software options for streaming Live to Facebook.