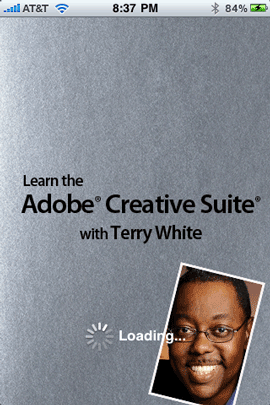 You can now mark your favorite episodes (this is directly from your feedback), or just mark episodes you want to come back to later, with a star. The starred episodes are accessible from new third tab in the app.

There is now the option to download starred episodes and play them when you are offline or on slow mobile networks. Getting on a plane? download a few episodes to enjoy right from your favorite show's app.

Thanks for you support!

The "Learn the Creative Suite with Terry White" app is available for both the iPhone and the iPod touch. You can get it from the App Store for $1.99 here:

Of course if you already have the App 1.2.1 is a free update.

One Reply to “My Learn the Creative Suite App has been updated to 1.2.1”