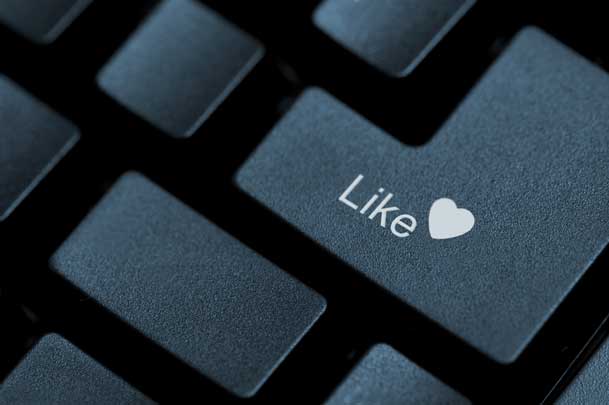 Facebook has been growing by leaps and bounds and with over 500 Million Users it's no longer just for kids nor can it be ignored. I've noticed that more and more companies are not only staking out a presence on Facebook, but they are even using their Facebook Pages in lieu of their corporate sites when they advertise on TV and in print. All of these screen grabs (Pepsi, Gerber, Carnival, etc.) were from the last frame of their respective TV commercials… 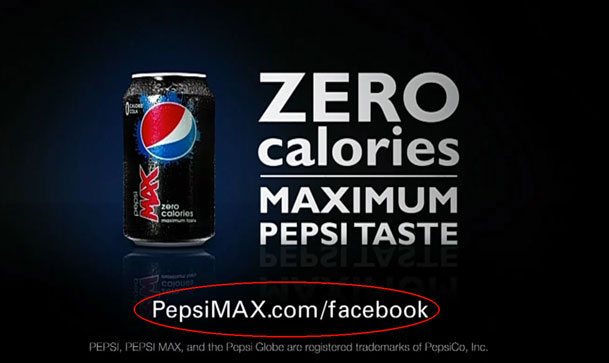 People don't wake up to go your site every day 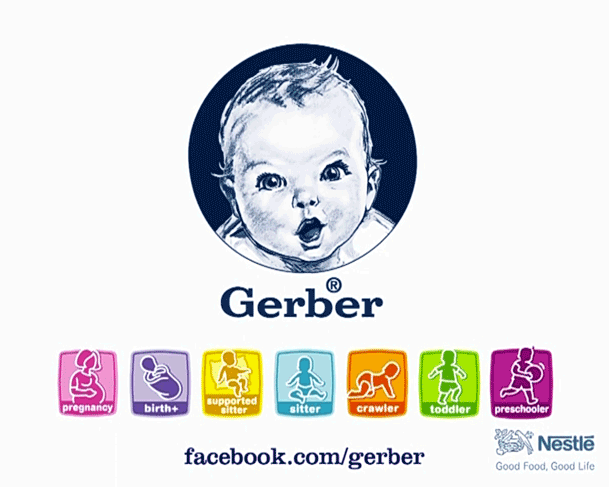 One thing I came to the realization of last year was that while we may flatter ourselves in thinking that our customers love to come to our sites on a regular basis, chances are the vast majority don't visit your corporate site each day. Think about it. You probably go to most corporate sites when you either have a problem or you're ready to buy something new. It's probably not your daily hangout. You probably don't think to go there to "connect" with the company. On the other hand people go to Facebook EVERY DAY with the sole purpose of connectingt with others. While I definitely appreciate those of you who come here and read my posts, I know that there are millions of people out there that will NEVER come here. In 2010 I had the goal of "being everywhere." What that meant to me was expanding beyond my own .com and placing my content in more places. I was very happy with the results. I now have over 8,000 Twitter followers and over 3,000 Facebook Fans (Likes). I also have over 3 Million views of my YouTube content as well as millions of downloads of my content on iTunes. In most cases many of these users would never see my content on the other/opposite sites. 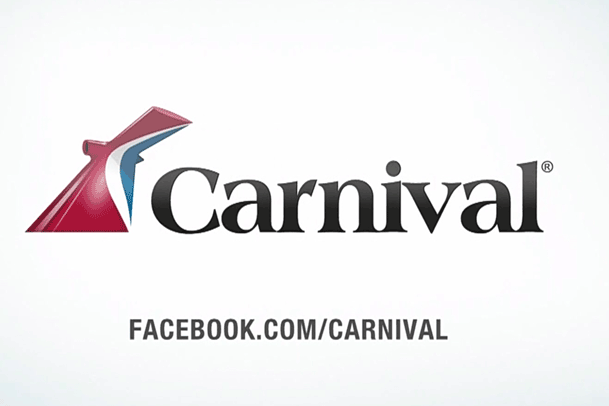 Besides the obvious reason of there being a potential audience of 500 million users, Facebook makes it easy for companies to have DIRECT contact with customers without resorting to spam, opt-in policies, building microsites, etc. Also existing Facebook users are more likely to check out their favorite brands on Facebook.com than they are to visit those same corporate sites on a regular/daily basis. 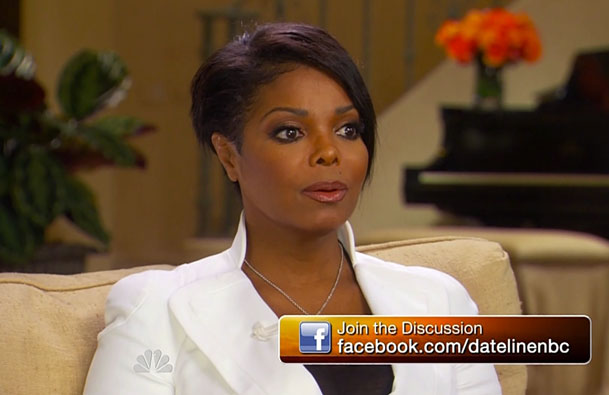 The other benefit is that while many of these companies have their own "forums" for direct communication, users don't have to setup logins for multiple sites. Just log in once to Facebook and visit any company you want and post on their wall. I think that another reason why companies are putting themselves on Facebook is that it's much easier and faster updating a Facebook Page than it is going through the usual red tape, legal, political fronts getting the main corporate site updated. Usually the larger the corporation, the harder it is to get something on the official company website. Sometimes I think the US Congress moves faster! Companies tend to be a little more lax and "casual" when it comes to their social media presence and that's actually a good thing! It feels more "friendly". 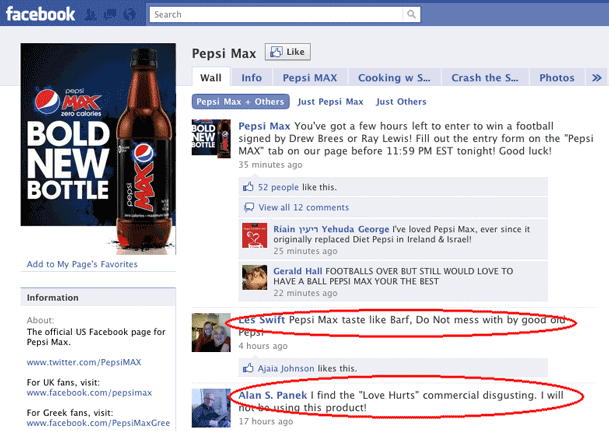 The internet gives everyone a voice (whether they can use it intelligently or not 🙂 )and people on the internet can be rude, insulting, immature, and brutally honest. If you make a product and they don't like it or have a beef with you, they will let you know as well as the rest of the world. So you have to be prepared to take the bad with the good. Luckily, there is usually more good than bad and more importantly you'll have a good idea of how people "really" feel about your product/services. Taking into account that some of these comments could be coming from competitors and known enemies, you do have to weigh the total sentiment being expressed. 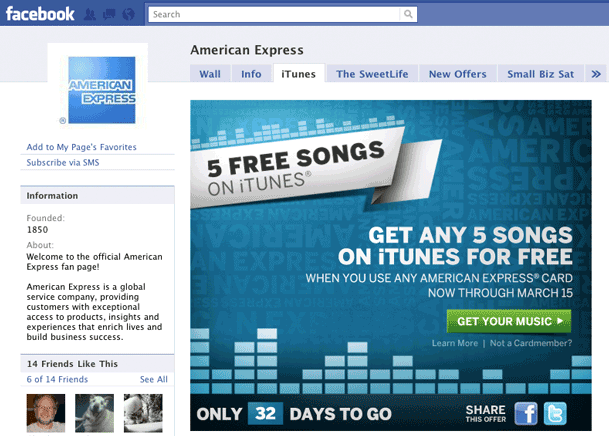 Facebook not only gives individuals an easy to use social networking presence, but it also gives major corporations a way to connect with their customers who may never actually visit their corporate websites. I've even seen companies like American Express direct you to Facebook first before sending you to their corporate site to register for contests/deals. Even though there are lots of companies that haven't gone as far as to point people to their Facebook page instead of their corporate site, in most cases they DO have a Facebook presence.  Like it or not, Facebook is a major force on the internet and if you choose to ignore it then that probably says a lot about how "in touch" you are with your customers. 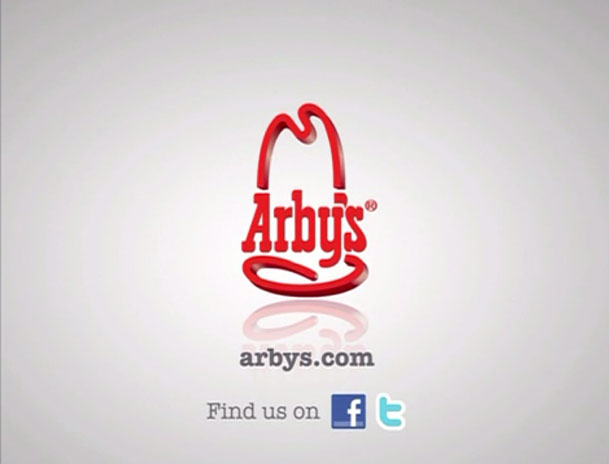