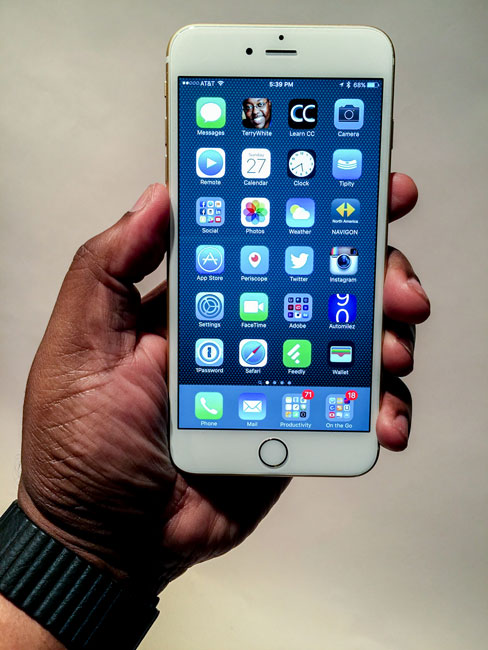 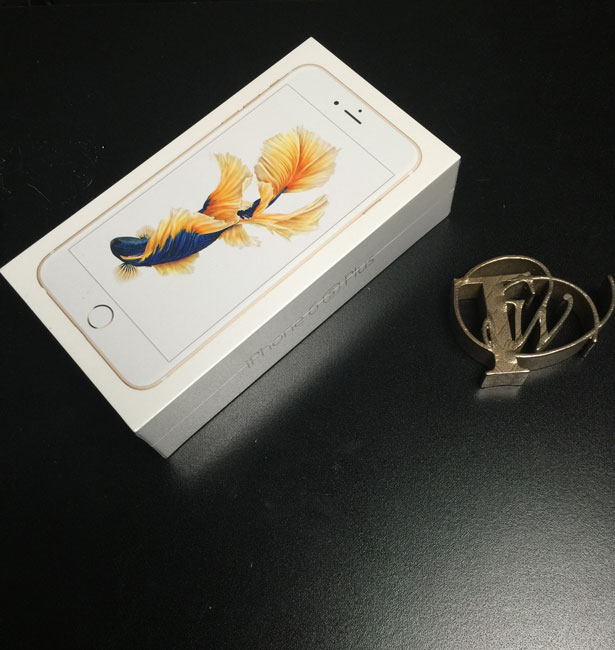 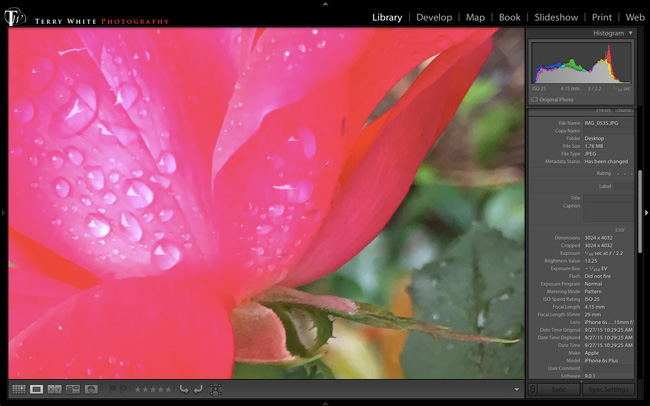 For most smartphone users today, their smartphone is their main camera. The iPhone in particular is the worlds most “popular” camera on sites like Flickr.com. That says a lot when you think about Flickr being a site use mostly by pro photographers. So the better the iPhone camera becomes, the better it will be for photographers and people just taking pictures.

While more megapixels don’t necessarily mean better pictures, Apple usually does a good job in not upgrading the pixel count unless they can also improve the quality of the sensor to capture better images. 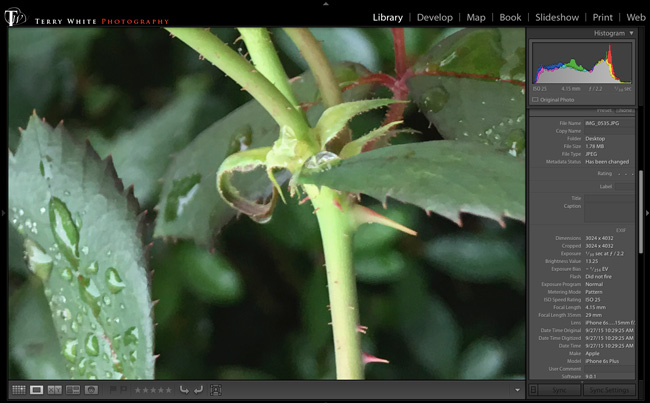 12MP also means that you’ll have more data to crop away. I can zoom into a photo like this and have more pixels to work with if I really wanted just a portion of the image. There’s also definitely more shadow detail over the previous iPhone cameras.

That’s important for capturing images where the subject is farther away and you don’t want to use the digital zoom. 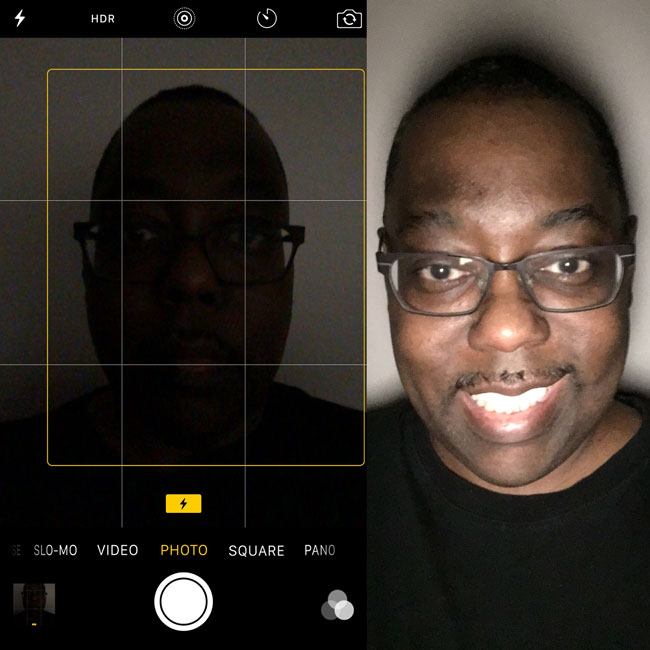 The other more significant improvement that is long overdue is the upgraded front facing “Selfie” camera. Now it’s a 5MP camera instead of 1.2MP. This is great not only for selfie pics, but also for those of us who do live streaming with apps like Periscope. In addition to the 5MP camera Apple has built-in an intelligent “flash” feature that uses the Selfie camera to measure the room light temperature/color and flashes your display turning it into a sudo “flash”. I’m impressed by how well it works over 3rd party apps I’ve tried in the past.

This is a feature that I actually bet against. While 4K is not new to other smartphones, I just didn’t think Apple would add it. 4K video is great for filmmakers and yes iPhone filmmakers are a growing group. For most consumers, they will probably never need to shoot in 4K. It eats up a lot of space. Apple says about 375MB of space per minute. In other words 46 minutes of 4K video would completely fill an iPhone 6s 16GB phone. 4K is beautiful, but not worth the increased storage for everyday videos. 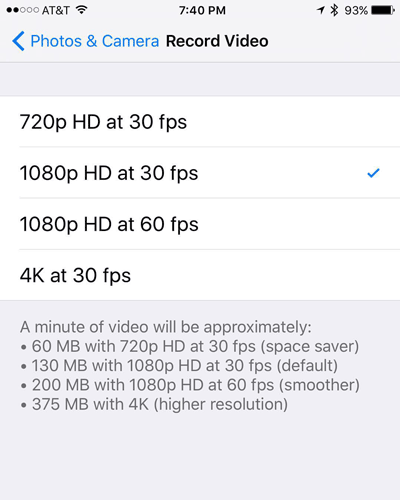 However, there are couple times when I’d use it for sure. I’d shoot in 4K if it were a “life moment”, something like a baby’s first steps, newlyweds first kiss, etc. I’d shoot in 4K when the subject is farther away so that I could pan and crop in post and not have to use digital zoom. I’d also shoot in 4K for stock video since those clips are typically one minute or less. Thankfully the default is 1080p 30fps. You have to turn on 4K video. I do wish that I could get to that option in the Camera App instead of having to go to the settings App. 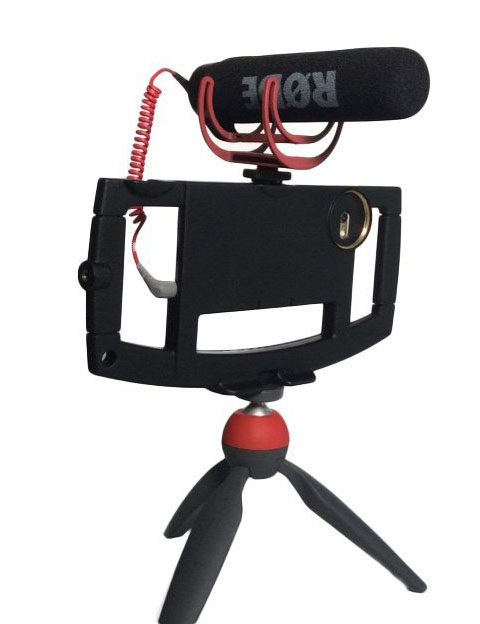 If you’re going to become an iPhoneographer, then you should definitely have this rig for your iPhone 6s Plus

. It’s awesome for both handheld and tripod shoots, as well as having two cold shoes for mounting mics, lights, etc.

Next up in the photo category is Apple’s Live Picture feature. This is an optional feature that when enabled the iPhone will capture a few seconds before the still and after. You can see it by pressing harder on the screen while the picture is being displayed. I also noticed that If I use Image Capture to transfer the images/videos from my iPhone to my MacBook Pro, next to each Live Picture still is the Live Picture .MOV movie file. So to answer the question Live Pictures are actual movies that take up extra space. The 12MP still from above is 3.3MB. The Live Picture movie .MOV file is 3.5MB. Basically Live Pictures are DOUBLE the size of just shooting a regular still. Like I said, it’s an option. You can leave it off 100% of the time or simply turn it on when the moment calls for it.

Some features are easier shown than writing about them

Features like Live Pictures, 3D Touch and more are easier to show you than to write about them. Therefore I’ve posted the replay from my Periscope Live Stream. See these features in action AND some hidden gems in the iPhone 6s and iPhone 6s Plus hardware:

While we’re talking about videos and whether you upgrade to the iPhone 6s or not, you should also check out my video on the NEW iOS 9 update:

Having upgraded to the iPhone 6 from the iPhone 5s just one year ago, I have to say that I’m really impressed with this “evolutionary” upgrade. I was really running low on space on my iPhone 6 Plus 64GB and was happy just to upgrade to the 128GB model. However, now that I’ve had this new iPhone for a few days I’m VERY HAPPY with not only the new features, but also the speed. Everything just seems faster, especially the instantaneous Touch ID. I use to tap the home button to wake up my iPhone 6 Plus and browse the notifications before unlocking it. Now it unlocks it so fast that I have to look at the notifications once I’m in. I also don’t see the typical slow down with having a bunch of apps open at one time. Rumor has it that they doubled the RAM to 2GB on the new iPhones and it definitely makes a difference. If you’re on an iPhone 5s or older or an Android phone that you’re frustrated with, then I strongly encourage you to take a look at the iPhone 6s and iPhone 6s Plus. If you use your iPhone as your primary camera or camcorder, then it’s a no brainer!

In case you were wondering about cases, I’m still using the same one

from my iPhone 6 Plus. It still fits. As a matter of fact I even ordered a fresh one so that it would look nice a clean on my new iPhone 6s Plus.

7 Replies to “iPhone 6s Plus Review”