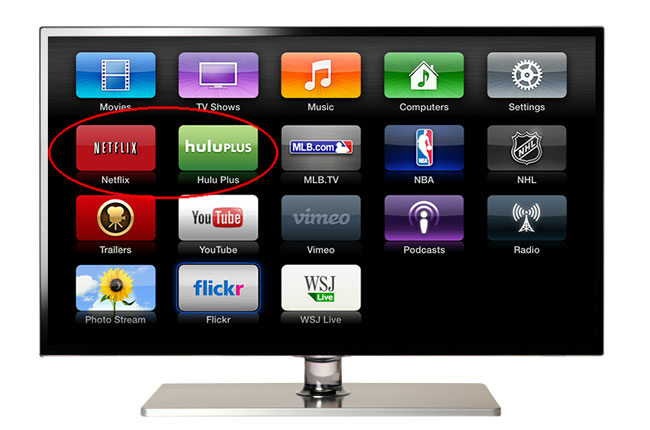 Now that Apple has quietly added Hulu Plus to Apple TV (just reboot your Apple TV and it will be there). You have a choice in streaming TV/Movie Content Providers. I have been a Netflix customer for many years. I became loyal to Netflix on the day I saw the first ad that stated “no late fees!” I was so tired of Blockbuster and Hollywood video constantly charging me if my DVD wasn’t turned in on time.  Yes being late is my responsibility, but watching movies by a certain day of the week didn’t always work for me. The Netflix model was much better. Keep it as long as you want. Those days are behind me. I don’t get DVDs/Blu-rays anymore in the mail. I do however stream Netflix content to my Apple TV and my iPad. Granted, it isn’t the quality of Blu-ray and you don’t have the latest movies to stream right away, but I can usually always find something to watch when I have time to watch. I don’t have to wait for a disc in the mail and I don’t have to return anything either. Yep, I’m a streaming kinda guy now.

Hulu Plus or Netflix

I wasn’t interested in Hulu Plus at all! I didn’t see any advantage over Netflix, but I decided that since it was now built-in to my Apple TV I’d give it a shot. Let’s go through a comparison now.

Price – Hulu Plus is $7.99/month for unlimited watching and Netflix is $9.99/month for unlimited watching. The different is Hulu Plus still has commercials that you are forced to play before the program starts and usually in the middle of your show. There is no way to skip these ads. Right off the bat I have a problem paying for streaming AND seeing ads too! Netflix also offers plans that will include DVD/Blu-rays too. So for $17.98/month you get unlimited streaming AND 1 Blu-ray at a time (keep as long as you want with no late fees). This is the best of both worlds because you can still get a current movie on Blu-ray and stream everything else. I would have to give the price advantage to Netflix even though it’s $2 more, it doesn’t have ads.

Content – both Netflix and Hulu Plus have thousands of shows and movies, but the Netflix has more! More doesn’t necessarily mean better, but more is more. When you are looking for something to watch, chances are you’re more likely to find something on Netflix. Again Netflix has the advantage here especially if you’re more into movies. I would say that if you are more into TV shows you might like the Hulu Plus experience and content list a little better.

On Apple TV – As far as Apple TV is concerned the experience is about the same between the two services. You can search for shows by name, browse categories and see your recently watched shows.

Going mobile – both Netflix and Hulu Plus have mobile Apps that let you stream content to your iPad or iPhone/iPod touch. I’d call this one a tie. 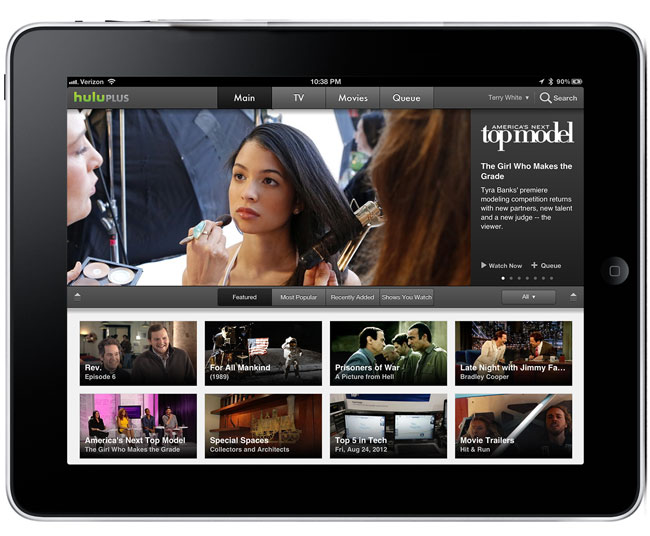 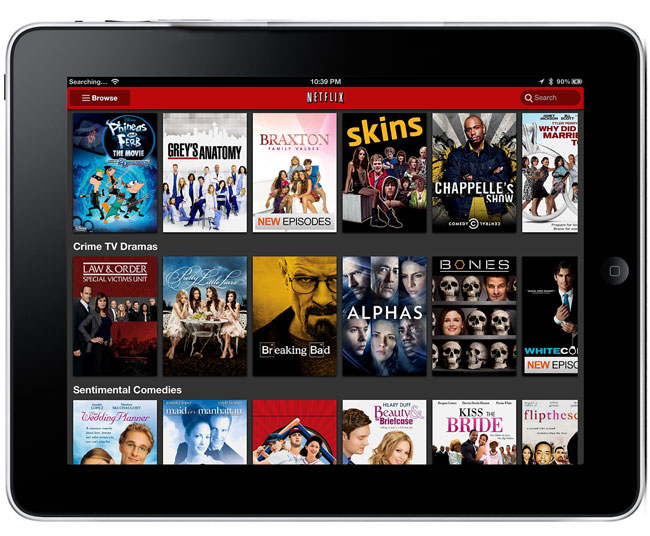 Take them both for a test spin

Ultimately you will have to compare for yourself. I have no idea what shows or movies that you will be most interested in. For me the winner is Netflix if for no other reason I can’t stand the commercials on Hulu Plus. Luckily both services have trials. Again even when it comes to trails Netflix has the advantage. You can try Netflix for 30 days. You can try Hulu Plus for 1 week!

16 Replies to “Hulu Plus vs Netflix on Apple TV”