Today marks the 300th episode of my Adobe Creative Suite Video Podcast! I'm thrilled that the show has been such a success. When I first launched the Creative Suite Podcast back on February 13th, 2006 I had no idea that it would be the success that it has been. 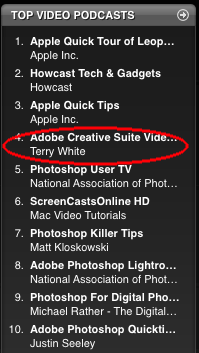 This year I launched a NEW iPhone/iPod touch App to compliment the show and the feedback had been great!

So let me say thank you for your continued support and for helping me celebrate this milestone. If you haven't checked out the show yet, it's free. Head over to the site and start watching today.