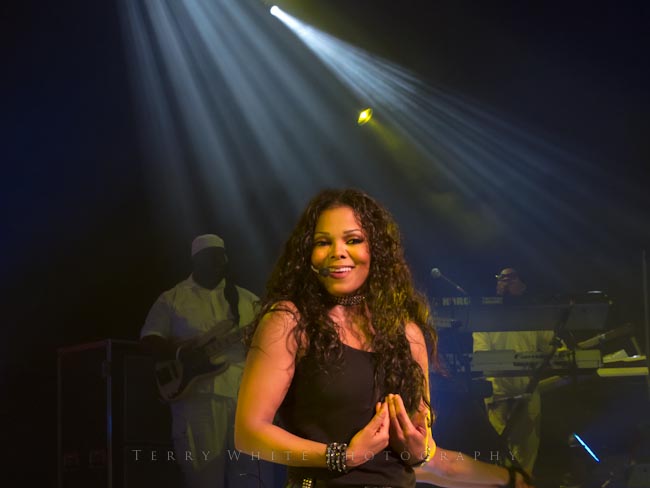 I'm back again with some more concert pics taken with the Canon Powershot S95. If you missed my original posts about this camera you can catch up by checking them out here and here. Unlike with the Brittany concert, I've been a fan of Janet Jackson for as long as I can remember! 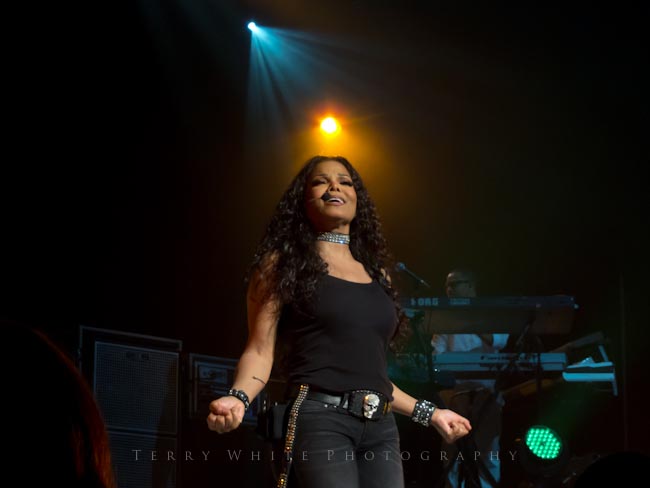 I knew this concert was coming and it was one of the main reasons I wanted a "concert camera". 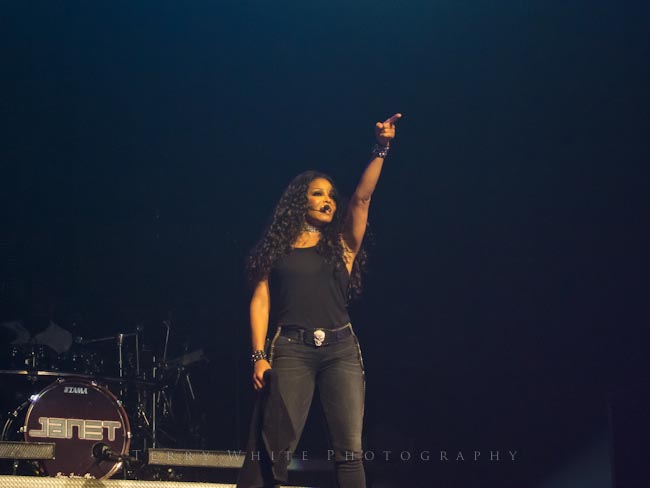 One key component to getting good shots with any point and shoot at a concert is that you have to also have great seats. 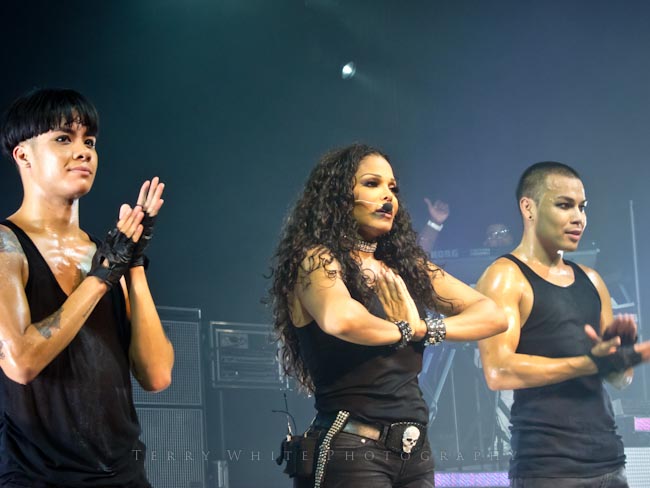 Having already shot one concert with the Powershot S95 I felt a little more confident this time around.

END_OF_DOCUMENT_TOKEN_TO_BE_REPLACED 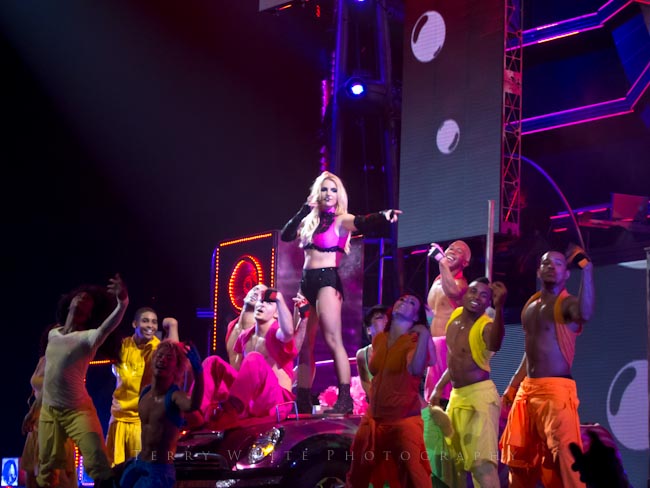 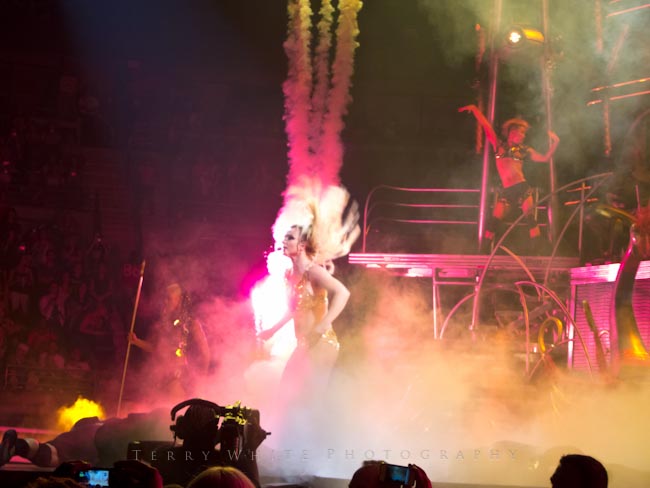 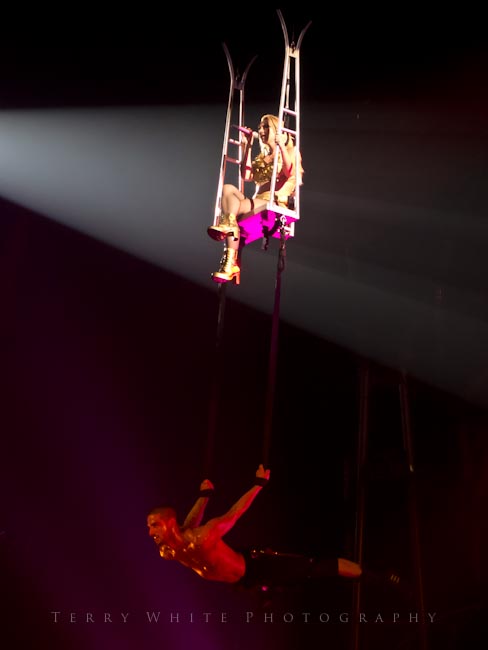 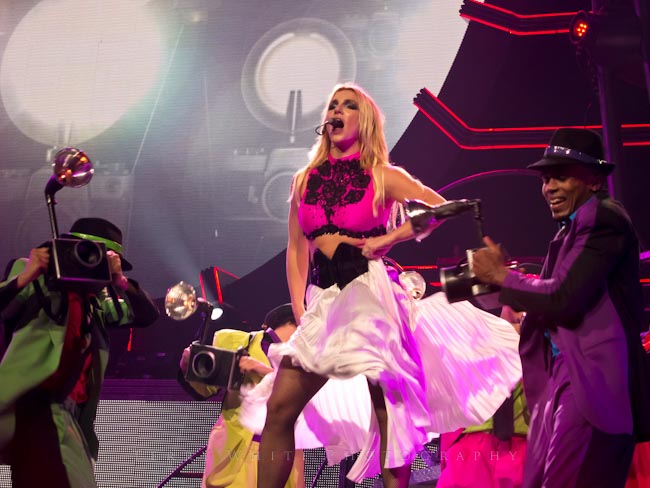 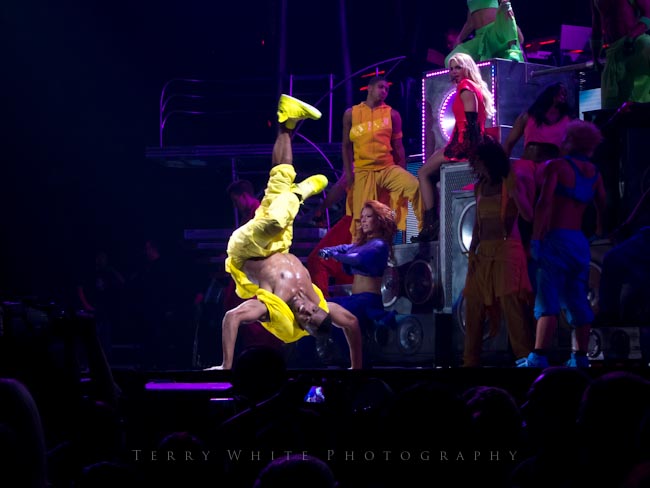 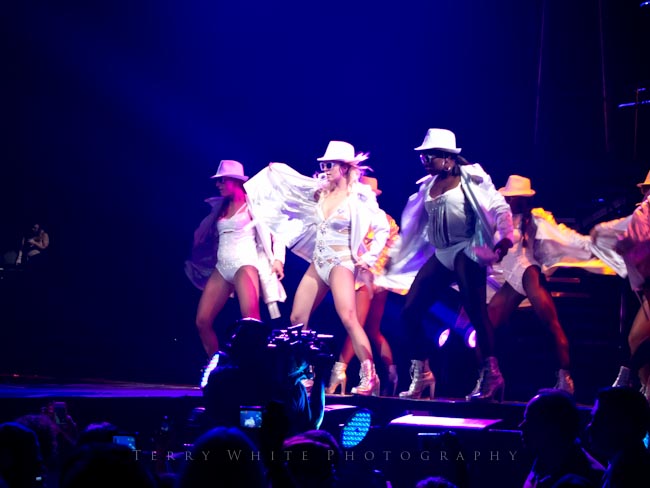 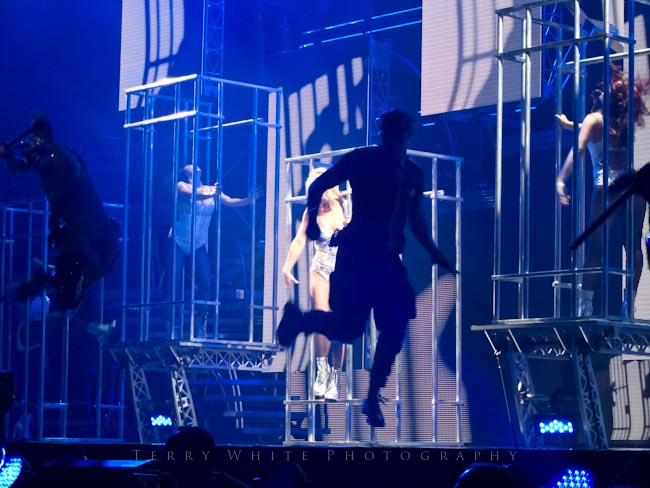 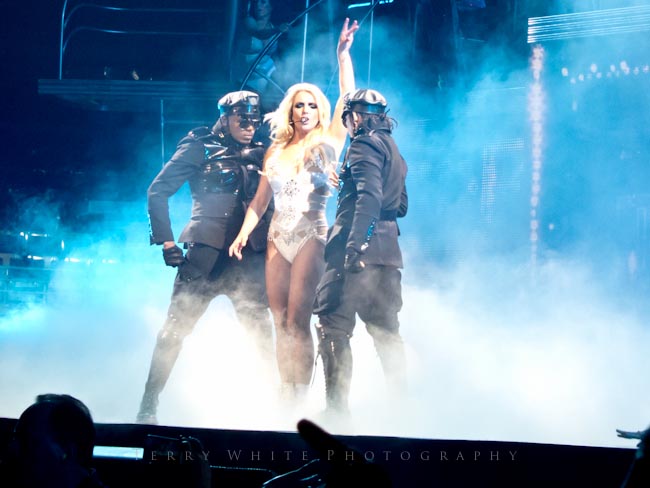 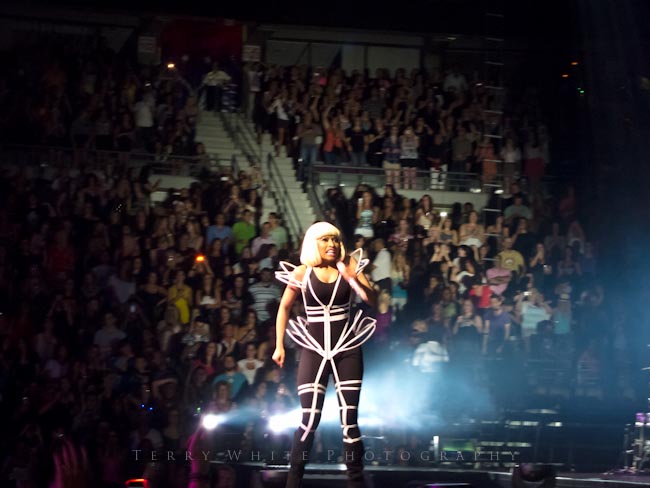 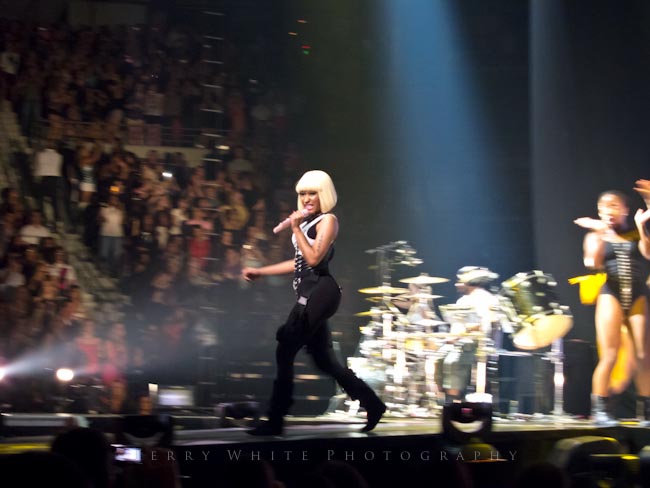 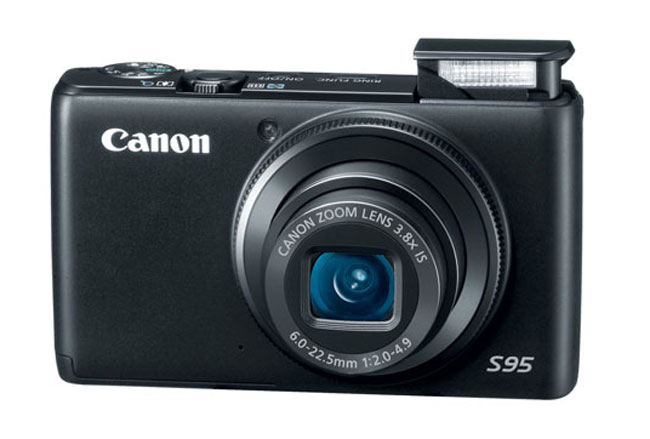 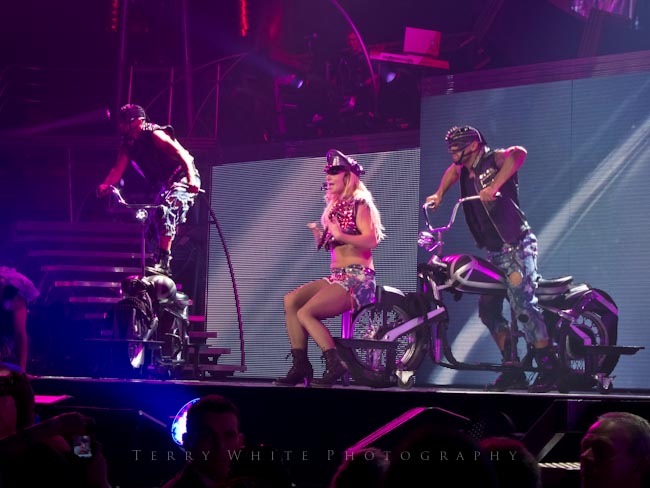 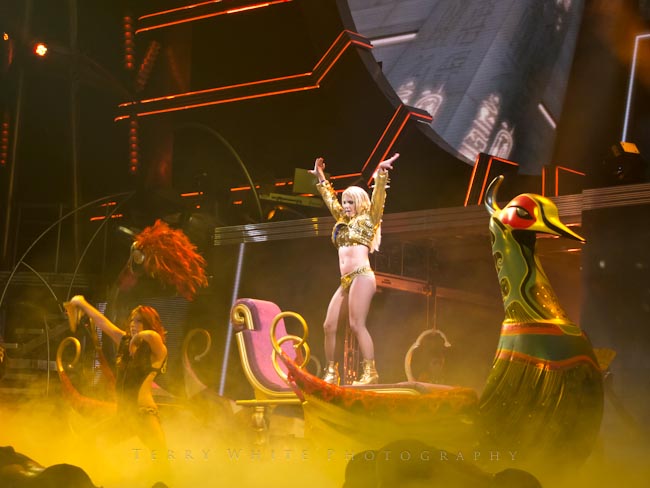 I thought my days of buying point & shoot cameras were over. I've written posts here in the past where I stated that I either use my DSLR or my smartphone. I really don't see much of a need to have a point & shoot camera. Recently I discovered a need and a great way to solve it all at the same time. There are situations where you want to take the best photo that you can, but at the same time DSLR or "pro" level cameras aren't allowed in. A classic example of this is concerts. If you walk in with a nice big lens and DSLR, chances are you'll be turned right back around and told that "you can't bring that in." However, you see a sea of cellphones and point & shoot cameras going off all night long. While I have certainly taken my share of concert photos with my iPhone 4 (for my personal enjoyment), I would like something better. This lead me to seek out the smallest, most full featured point & shoot camera that I could find. 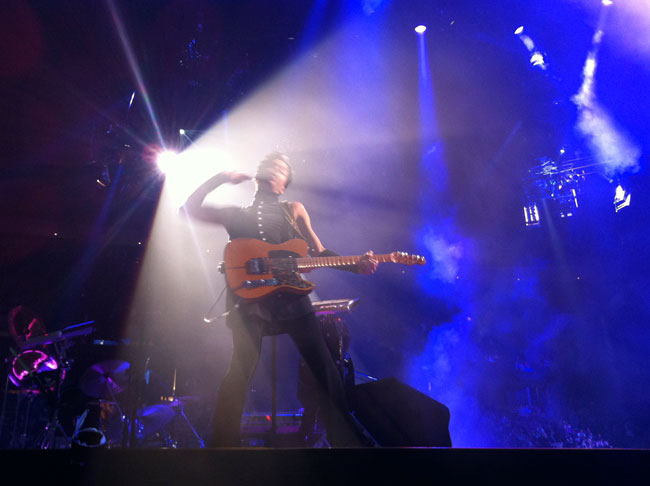 This shot of his royalness was taken with the iPhone 4 and while it came out OK, I was sitting there wishing I had something better for this moment.

The S95 is one mean little machine. Not only does it offer full manual mode, but it also shoots in RAW. Best of all it can easily slide into a pants pocket without a big bulge. Whoa! Wait a minute, did you say Canon? Yes I did. Does this mean I've switched from Nikon? No it doesn't. As a matter of fact let me answer a few questions now:

Q. Did you switch from Nikon to Canon?

A. No not at all. Actually I've owned and used cameras from both manufacturers for years. With the exception of a couple of Sony video cameras, I almost always went with Canon for my video needs (pre-DSLR video). My DSLRs have all been Nikon and most likely will continue to be. However, I've always liked the feature set of the Canon P&S cameras. So to answer your question, I use the best tool to fit my needs. Neither company has ever paid me a dime, so I don't "have to" use either one or I can use either one.

A. For my day to day P&S needs I'll most likely still reach for the camera that's on my belt and that's my smartphone. However, when I want the image to count, I do want to use a "better" camera and that means either my DSLR or now my S95.

A. The G12 is a fine camera and probably beats the S95, the only problem I have with the G11 is that it's about twice the size and does NOT easily slide into a pants pocket.

Q. How do you think the S95 image quality compares to other cameras.

A. This is more of an announcement post than an official review. The honest truth is that while I've had the camera for a few days now I haven't done much more than charge the battery and set it up. Sure I've taken a test shot here and there to make sure it works, but haven't even looked at the images on my computer yet. So I'll have to do another post once I have some "real" images to look at and then you can be the judge.

Q. Doesn't shooting manually defeat the purpose of a "point and shoot?"

A. Yes if all you want to do is "snap a picture". At that point my iPhone 4 is good enough. However, when the built-in scene modes and program modes aren't capturing the image I want, then I love having the ability to switch to manual and dial in my own settings.

A. Nice try, but I'm not going to get into a RAW vs. JPG debate here. If you use one over the other great! Use what you want. 🙂 However, I prefer to shoot in RAW for maximum image quality and not having things like white balance burned into the file. While I could have certainly lived with JPG only, having the option of going to RAW is what pushed me to the S95.

Q. What don't you like about the Nikon Point and Shoots?

A. Nikon used to offer a Point & Shoot (the P6000) that shot in RAW. However, they no longer offer that model, nor did they replace it with one that does. Otherwise, their point and shoot cameras are probably just as good. Also even if the P6000 was still around it's more on the same size/form factor as the larger Canon G12.

Q. Seems like you won't be using this camera very often?

A. You're probably right. It hasn't left the table since I unboxed it. However, I like having the option of a better camera than my iPhone if and when the opportunity presents itself.

Stay tuned for some sample shots. I have a couple of concerts coming up soon!