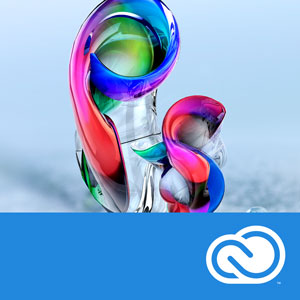 In this episode of Adobe Creative Cloud TV, I’ll show you how to use the NEW App, Adobe Brush CC to create custom brushes for Photoshop CC, Illustrator CC and Adobe Photoshop Sketch right on your iPhone or iPad. You can download Adobe Brush CC for FREE here from the . 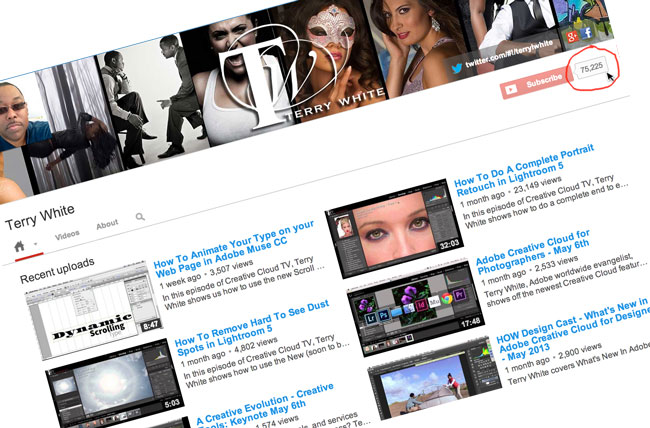 I just wanted to take a moment to say THANK YOU for subscribing to my YouTube Channel. I just blew past the 75,000 mark and I’m thrilled that so many of you like my content. Having over 75,000 subscribers and over 13 Million Views is no small accomplishment and again thanks.

Hey if you’re in the subscribing/following kinda mood, don’t forget to follow me on Twitter (approaching 25,000 followers) and Like my Facebook Page (over 15,000 likes). Also add me to your Google+ Circles (over 25,000 have me in their circles) and follow me on Behance. 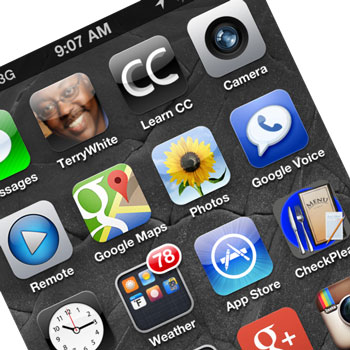 The great folks over a Wacom have shpped their NEW Bamboo Stylus for iPad (or any other touch screen mobile device). Ever since I started using the iPhone and then the iPad for doing model releases I realized that having a stylus was a must have accessory. While I've enjoyed my Pogo Sketch (the Targus one is OK too), I couldn't pass on the opportunity to try the one from the same company that makes my graphics tablet (Intuos 4). After all Wacom has had MANY YEARS of experience in designing tablets and pens to go with them. I figured that if anyone could design a good stylus for touch screen devices like the iPad it would be Wacom. Unfortunately the iPad doesn't offer pressure sensitivity like the Wacom tablets do. However, I have found the tip of this new stylus to be very comfortable to work with and smooth for on screen writing, signing and drawing. 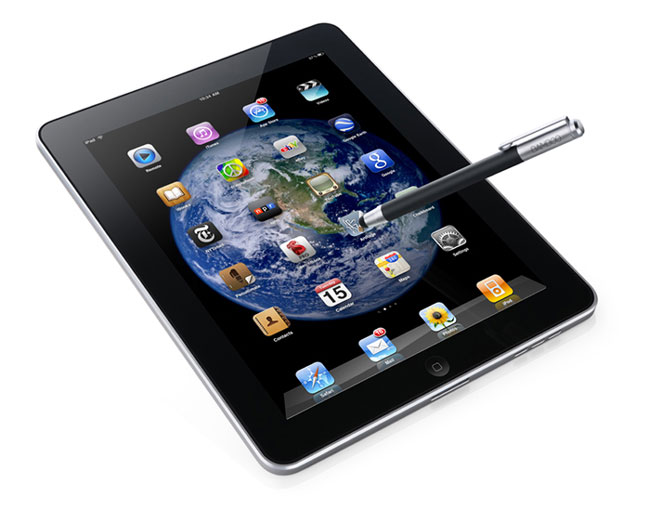 You might ask yourself "what is there to innovate in a stylus for an iPad?" That's a good question. After all, once you make a tip that works with touch screens what else is there? Surprisingly a lot. One thing I couldn't figure out with other styli is why there were designed to be so small? The first thing I noticed with the Bamboo Stylus was that it had a nice thickness to it as well as some weight to it that made it feel more natural in my big hands. Speaking of weight the other nice thing is that the slight weight differential of it is pushed to the tip end. This means that when I pick it up I can tell which end is the writing end without even looking at it. While I do wish that it was about a half inch longer, I found the length to be reasonable. Now on to the tip. This is probably the most important feature as it will either make it or break it for me when it comes to using a stylus. I prefer a tip that glides more easily on the touch screen. Some of the cheaper ones have more of a "rubber" feel, which is fine for "tapping" onscreen buttons, but horrible for writing/sketching. I'm happy to report that the Bamboo Stylus has a nice blend of easy gliding, but just enough grip for precise tapping. This is also due to the design of the tip and how it comes to a nicely rounded point. Again, there was some thought put into this and I would expect nothing less from Wacom.

If you're in need of a stylus for your mobile touch screen device, it doesn't get much better than this. You can get the Wacom Bamboo Stylus for iPad here for $29.95 or less.

There's an App too. Wacom introduced a NEW iPad App called Bamboo Paper (see my review here). This App is a virtual notebook for your iPad. If you hurry you can grab a copy of the App for FREE until the end of June here from the

Continuing on the success of the Wired Magazine App for iPad released in May, Adobe plans to make the tools used to create that publication/App available to the general public later this summer. Check out more details here and here.