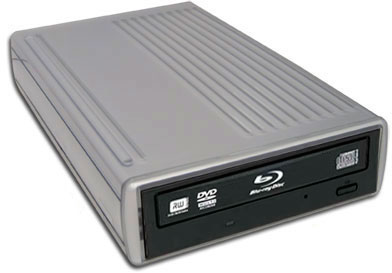 It's pretty clear to me at this point that Apple has no plans of offering a Blu-ray drive built-in to the Mac. Sure I could be wrong, but they have made no mention of Blu-rays in quite a while. After all, they sell and rent movies on iTunes and in a way Blu-ray movies are competition to that download/streaming model. Although there aren't many options to watch a Blu-ray movie on a Mac, there are still some reasons why you might want a Blu-ray drive on a Mac. First off, having a Blu-ray burner means that you could burn your own Blu-ray movie and data discs. Blu-ray discs hold up to 25 GBs of data per disc. That's a lot when it comes to archiving and transferring lots of information. Also since just about every digital camcorder being produced today has the option of recording in HD, it gives you a way to make High Def home movie blu-ray discs. I just got a brand new 12 core Mac Pro and I started looking at Blu-ray options for it.

OWC Does both External and Internal Blu-ray Drives

I'm starting off with a Mercury Pro External Blu-ray Quad-interface Drive review unit. This drive can connect via Firewire 800, 400, USB 2 and eSATA.

That pretty much covers all the connectivity options that I would care about.  The drive was very simple to setup. Take it out of the box, plug in the power and an interface cable and turn it on. That's it! Although the Mac OS doesn't provide the necessary support to play a Blu-ray movie, it does provide the necessary support to see the drive as a standard storage device for both reading discs and burning them. I popped in my copy of Avatar on Blu-ray and it showed up on the Desktop like any other disc. 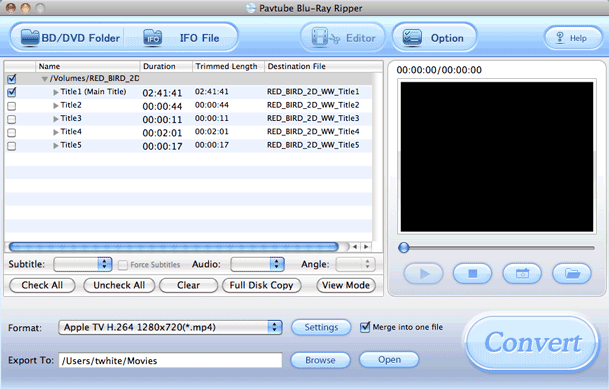 The next question many will have is what does it take to rip a Blu-ray disc? First off, you need to read up on copyright and know that I'm not a lawyer and nor am I'm sanctioning violation of any copyright laws. However, as far as I can tell (my interpretation) you are within your right to "backup" a movie disc that you PURCHASED (not rented) for your OWN PERSONAL USE.  With that said, I wanted the option of Ripping a Blu-ray disc to take with me on the go or to watch via Apple TV if I choose to. Avatar is a perfect example! While this movie is available on iTunes and even includes a Digital Copy with the Blu-ray disc, both the iTunes version and Digital Copy are NOT high def. If I want to watch this movie via high definition without having to load the disc, the only way to do so is to Rip it. In the past I've used Handbrake to rip my entire DVD collection. Handbrake doesn't yet Rip Blu-ray movies, so I had to find another solution. The first application I came across is a commercial one called Pavtube Blu-Ray Ripper. There may be free ones or even better ones out there, but this one seems to do everything I want and has an interface that I like.

It's easy. Just put your Blu-ray disc in the drive and fire up Pavtube. Choose the Blu-ray disc using the BD/DVD Folder button and then choose your output destination and preset. All the usual suspects are there including iPhone/iPod, Apple TV HD and even iPad HD. Yep, Android is there too along with several other presets. 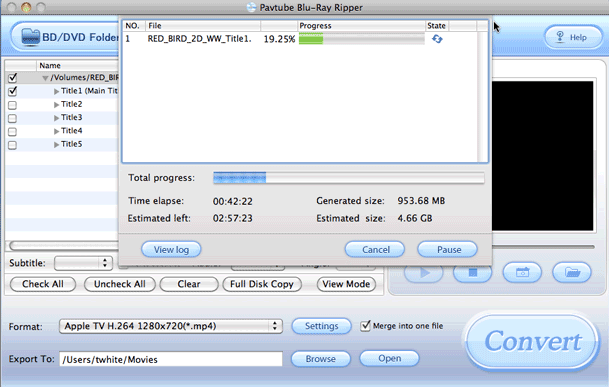 Then you just click the Convert button and be prepared to wait! Ripping a Blu-ray is no trivial task in terms of system resources. Even on my 12 core Mac, the 2 hour 42 minute movie is going to take over 3 hours to rip in Apple TV H.264 1280×720 resolution. Also the estimated file size for this movie is going to be a 4.66GB .MP4 file. Of course depending on the length of the movie, the preset you choose and the speed of your system, your mileage will vary. 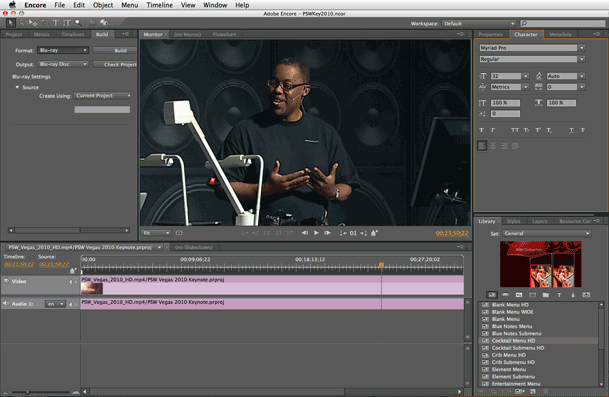 Ripping commercial Blu-ray movies for my own enjoyment on different devices is only half the reason I'm interested in this drive. I also want to experiment with making my own Blu-ray "home" movies. Since I edit all my movies using Adobe Premiere Pro CS5 this will be a pretty easy task for me. Premiere Pro CS5 comes with Adobe Encore CS5 and as you have probably already guessed, Encore CS5 burns Blu-ray discs too. All you need is a burner! As a matter of fact in CS5 you can send your Premiere Pro CS5 timeline over to Encore as a Dynamic Link without even having to render it first. The process is easy: edit your HD masterpiece in Premiere Pro CS5. Send the timeline over Encore CS5. Add your menu and any other "Extras" you want on the disc and Burn it! You will then have a Blu-ray disc that should work in just about any standard Blu-ray player in full HD resolution.

This drive works great! No complaints. However, since I have the extra empty bay in my Mac Pro, I will most likely go with their internal version. I already have enough things on my desk. 🙂 Also keep in mind that these drives will read/write standard DVDs and CDRs too.

You can get the Other World Computing MErcury Pro Quad Interface Blu-ray Drive ($279.99) here from OWC. They even include two 25GB blank blu-ray discs.

Yes, you can even burn your own Blu-ray discs using the NEW Adobe Premiere Elements 9 on Mac or Windows here.

You can get blank Blu-ray discs here. I actually like the Printable kind so that I can print right on the discs.