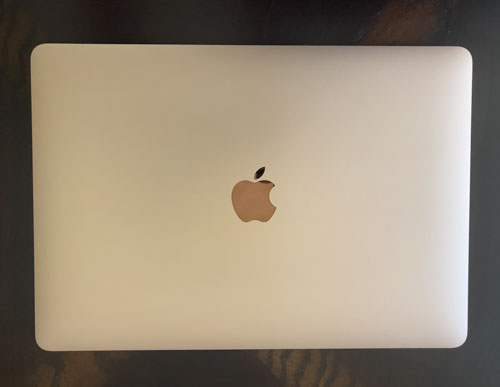 I’m fortunate that I get to use great Macs and PCs for work. Usually, the longest I have to wait for a work upgrade is three years unless there is a compelling case to upgrade sooner. Also, companies like HP will often even send me a new laptop to show off the latest capabilities with our latest apps at work. That’s all fine and good for my work systems, but what about my “personal computer?”

My personal computer choice is a MacBook Air

I’ve always liked the MacBook Air for my personal needs, mainly because of its size and weight (or lack thereof). When I do personal travel, I want to take a computer that weighs next to nothing but still gets the job done. My last MacBook Air was the 2012 Core i7 model with 8GB of RAM and a 512GB SSD. While this system still works nine years later, it’s starting to show its age when you put the latest operating system on it and the latest applications. I knew it was time to upgrade, and luckily Apple had just introduced Macs with Apple’s new chips. The M1 chip is Apple’s first microprocessor to power a Mac.

This is not the first time Apple has switched Mac processor suppliers.

Wait! Haven’t we been down this road before? For those of you that are old enough to remember, this is not the first time Apple decided on a completely different chip strategy. After years of touting how great the Motorola PowerPC chip was compared to rival Intel, Steve Jobs made a surprise announcement that Apple was switching the Mac to run on Intel instead of PowerPC. It was a pretty shocking announcement back then, but now we don’t think twice about it. There was a transition period where if you bought a new Intel-based Mac, and you had Mac applications that hadn’t been re-coded for Intel chips, the application ran in a compatibility mode called Rosetta. While the application probably didn’t run as fast as it did on the native PowerPC chip, it gave users and developers an easy transition. All new applications and upgrades would run on the Intel chips, and life went on.

We’re here again! All new Macs from this point on will be developed to run on Apple Silicon. The M1 is just the first version of this chip, and I expect Apple to announce an upgraded version this year. If you buy an M1-based Mac today, your older applications will install and run under Rosetta. Applications that have been updated will run natively (and quite fast) on the new M1 processor.
I had zero fear in upgrading to this new M1-powered Mac because this is not the first time Apple has demonstrated that they can make these kinds of shifts successfully.

Learn more about the M1 here.

What did I order?

I ordered an 8 Core M1 8 Core GPU, Gold (more like rose gold) MacBook Air, with 16GB of RAM and a 1TB SSD. Yes, I got AppleCare too (I always do on computers).
Why gold? I like gold. It’s that simple. All my other computers are some shade of gray, and since this is my personal computer, it can be “gold.” Now my computer matches my Apple Watch and iPhone 12 Pro Max.

I have to say that I expected it to be night and day better than the nine-year-old MacBook Air that it replaces, but I didn’t expect it to rival my work 2019 16″ MacBook Pro.

When I set up the new MacBook Air, I only installed native apps unless I had no choice. Luckily, for the most part, everything that I wanted to install and that I’ll use is already native or has a public beta that is native. The Apple Apps are all native, as you would expect. Things like Safari, Mail, Contacts, Calendar, Numbers, Keynote, Preview, and the operating system (Big Sur) are already native to the M1 processor. My other most used applications are Adobe’s Creative Cloud apps: Adobe Photoshop, Lightroom, Lightroom Classic, Premiere Pro, and Premiere Rush. The apps above are either native or in beta/public beta. My other must-have application is Telestream’s Screenflow which is also native. From an Application standpoint, the upgrade has been painless. The only casualty is that I use SwitchResX to create custom screen resolutions like 1920×1080. While it is in public beta as a native utility, they’ve yet to figure out how to make custom screen resolutions on the M1-powered notebooks. For now, if I want to record my display at 1920×1080, I’ll have to use a second display.

It runs iOS Apps too! WTH

Although I kind of remembered this from Apple’s keynote address, I had forgotten about it. It’s true! You can install iOS apps on your M1 Macs. This was a really exciting surprise because there’s a stock portfolio app that I love called My Stocks for iPad and iPhone. Now I have that app running on my MacBook Air too. This will make it even more attractive for app developers to write iOS apps because now those apps will run on Macs too.

The short answer is absolutely yes! It’s no surprise that it’s faster than the old MacBook Air, but it feels as fast as my newer computers (both Mac and PC) when running the apps I use all the time. Have I benchmarked it? Not yet, but when you do the same tasks day in, and day out on a computer, you can usually tell if it’s going faster, just as fast as it always is, or going slower. I use my work 16″ 2019 MacBook Pro daily. It has pretty beefy specs at 2.4GHz Intel Core i9 processor (8 cores), 64GB of RAM, 8GB AMD Radeon Pro 5600M Graphics Card, and a 2TB SSD. It’s no slouch. Rarely am I waiting for things to process, and even if, on occasion, I get a progress bar for a video render or filter, it’s not a huge wait. That’s precisely how the MacBook Air feels. So far, I haven’t had to wait on it to do anything I’ve thrown at it so far.

The battery life is freaking amazing

One of my pet peeves with battery life claims by manufacturers is that I never see anything close to the battery life they claim you can get. When PowerBooks were rated to get 4-5 hours of battery life back in the days. I’d be lucky if I could get 2 to 2 1/2 hours out of them. As each new model came out over the years claiming higher and higher battery life, I would roll my eyes and nod, “sure.” This may be the first MacBook to get me close to the claims. I’ve run it for hours on battery, and the battery status barely moved. I was in shock because by then, I would be looking for an outlet/power adapter on any other laptop I’ve used. With the M1 MacBook Air, I would imagine that I could get several hours of actual work out of it on battery for the first time.

I upgraded my WiFi network to support the faster WiFi 6 standard, and so far, the only devices that I have that are WiFi 6 capable are our iPhone 12 Pro Max phones. Having WiFi 6 in the MacBook Air has been noticeably faster online too.

I didn’t even install Google Chrome on this new Mac yet. I was a Safari fan when it first came out, but it couldn’t handle all my daily open tabs without crashing back then. Safari over the years has not only gotten significantly better in every way, but it’s faster and not the battery hog that Chrome is today. There are a few sites that demand Chrome or Firefox, but I’m keeping Chrome off this Mac until I need those sites.

The form factor is pretty much the same as it always has been on the MacBook Air. It’s a 13″ display with an excellent keyboard and trackpad. Thankfully it has real function keys instead of a Touch Bar. The only thing that would be nice to have would be either more ports or put one of the existing Thunderbolt 3/USB 4 ports on the right side to plug the power in on either side. That’s really it! It would be nice to have 4 Thunderbolt 3/USB 4 ports, but honestly, I haven’t needed more than two so far. Everything else has either met or drastically exceeded my expectations.

I didn’t bother with a bunch of speed test comparisons in this review because that wasn’t the point of this upgrade. I know it’s several times faster than the computer it’s replacing, and that is the point. There are tasks that I can now do on this M1 MacBook Air that I wouldn’t have even attempted on the old one. Even if it turned out to be as fast or faster than my MacBook Pro, I would still need the MacBook Pro for all the other features it has that the MacBook Air doesn’t (bigger display, more ports, bigger SSD, more RAM, etc.). What I can say is that I’m happy with my purchase. It’s a joy to use.