Two days ago I was really having one of those days. It wasn't that anything had really gone wrong, but I was really starting to reach my limit on the whole blogging thing. I know that my blogs help thousands of people and I don't do them for praise I do them because I enjoy technology and sharing my views on technology. I don't expect everyone to agree with my opinions here just like I don't expect everyone to agree with my opinions in life. So it's OK to disagree or have another way to doing something, just be nice about it. I can write a post and get 49 people that tell me that it helped them in some way or they have good questions about about something I wrote or even disagree and respond with why they disagree. Then there's always that one that just sucks the life out of the virtual room. The one that writes the hateful, mean, derogatory, outrageous comment. Those comments usually never see the light of day, but  they can be draining at times reading and deleting them. Not to mention the Virus/Malware attacks I've suffered over the past month. I was pretty much ready to walk away from this for a while…

Then Something Extraordinary Happened On Tuesday 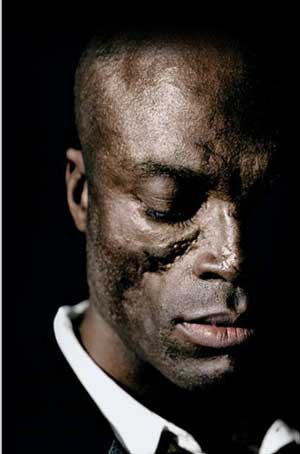 Tuesday I got a message on Twitter from someone claiming to be Seal. Yes Seal, the musician superstar. Like many of you are thinking right now, I thought "yeah right." It's a joke. I'm being pranked. It must be a spam message. However, this guy was persistent. So I decided to play along. I went to his twitter page and it actually looked like the real thing. Now keep in mind that anyone can start a Twitter account and claim to be someone famous and it happens everyday. I know this! However, the weird thing was the page had been up a while and usually a  celeb will have fake pages removed. Even then I thought "well maybe it's his manager." Even then I was still VERY skeptical. Still I played along and he asked if we could talk on the phone. What? Um, OK, sure. So I responded with "what's your number?" Fully expecting that to be the end of this charade. The next response was an LA based phone number. Sure it could be faked easily too, but this was starting to feel even stranger. So I bit. I called it. OMG! It was really him! I was on the phone with Seal. Seal has a very distinct voice and while it could have still been an imposter, at this point there was nothing devious or phising about his conversation. After all you wouldn't have to go through such an elaborate hoax just to ask me some questions about technology. He had some questions about one of my posts and needed some help understanding how RAW processing worked on the iPad. We talked for 45 minutes about all things tech and photography. He told me that he was a fan of mine and had been a follower of this blog for a while. He was naming things that I had written and forgot about. It was real. It was this one phone conversation that made all of this seem worthwhile. It was someone whom I've admired for years and wouldn't have thought knew I existed that told me that he liked my style of writing, and that made me say maybe this isn't a waste of my time.

I know that my sites get thousands of visitors a day. I know that I positively impact people. Your thank you's and "great jobs" do mean something. It does help me balance the "idiot comments" that I get from time to time.

Thank you for being there!