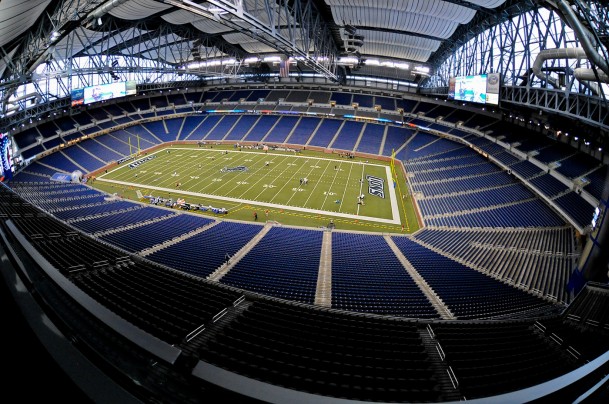 Above photo of Ford Field shot by Scott Kelby using a Nikon 10.5mm f/2.8 lens on a D3 body

During a recent visit by my buddy Scott Kelby who came up to shoot the Lions vs. the Bears game, he showed me this shot that he took with his Nikon 10.5mm f/2.8 lens on his Nikon D3. Honestly, I was never really a fan of fisheye shots before but there was something about this one that made me say "cool!"

My search for a fisheye lens began

Now keep in mind that for me a fisheye lens is something that I would use on occasion at best. It's not something that I would use every day and even Scott said, "you will probably use it the least" when I was asking "what should be my next lens?" Keeping that in mind I was debating between the Nikon 10.5mm f/2.8 DX fisheye lens and the Nikon 16mm f/2.8 EX fisheye lens. The difference is that the 16mm Fisheye lens is designed for full frame bodies like my D700. The 10.5mm Fisheye is a DX lens for Bodies with a cropped sensor like a D300s. There is about a $300 price difference between the two and I figured since I wouldn't be using it that often and when I do it will probably be on my D5000, so I decided to go the 10.5mm.

When I went to order my Nikon 10.5mm lens (still debating the 16mm), it wasn't in stock. So as an alternative it was suggested that I try the Sigma 15mm f/2.8 Fisheye Lens. Since they had no problem taking it back if I didn't like it, I decided to give it a shot (get it, "give it shot", c'mon these are the jokes people). 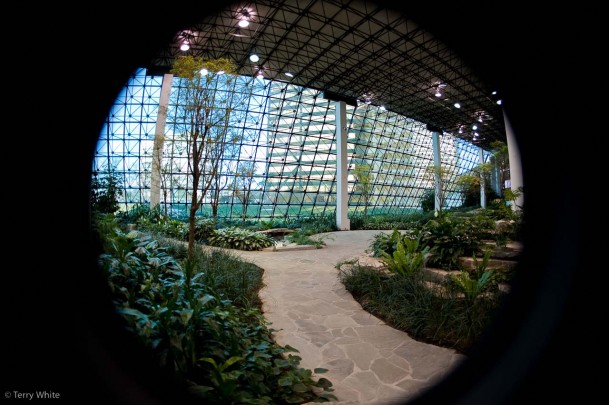 Umm, What? I felt like I was shooting through a hole. Granted, this may be cool for somethings, but I can do that in Photoshop. What makes matters worse it wouldn't work with my D5000 at all. The camera wouldn't even come on with that lens attached. So back in the box it went. Thanks, but not quite what I had in mind. Now I know that there is probably software out there designed to correct these images and make them look, um right. However, I don't feel that I should have to process every single image that comes out of my camera using special software and the fact that it wouldn't work at all on the D5000 was a deal breaker anyway.

So back to the real debate. I was back to which one to get and I decided on the 10.5mm Fisheye Lens because for what I plan to do with it, the price difference just wasn't worth it. However, just to make sure and to give you guys some real world shots to see the difference, I rented the 16mm from LensPro To Go.com for a week to really see the difference. So here goes: 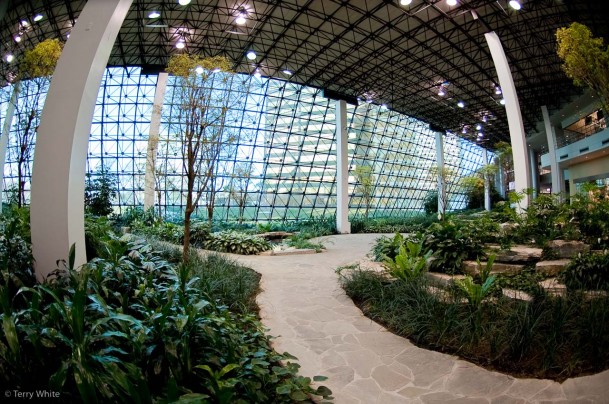 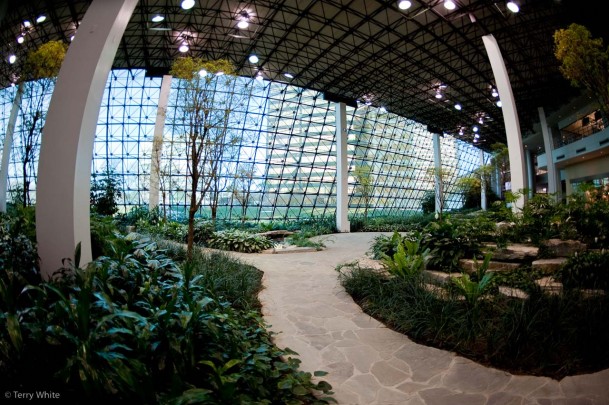 Then the Tripod police showed up

OK everything was going good during this test shoot until, yep you guessed it, the Tripod Police showed up. "Sir you're not allowed to take pictures here." So the next two shots were taken with the D5000. However, they were taken literally as I was packing up and since the D5000 requires Nikon AF-S lenses to AUTOFOCUS (neither the 10.5mm or 16mm lenses are AF-S lenses), I couldn't focus these by looking through the view finder for fear of being tackled. So these are out of focus for that reason and not the fault of the lens. (This is definitely something to keep in mind when choosing a lens for a consumer body. See compatibility the lens compatibility links at the end of the post.) However, the main purpose here was to show what you get with a cropped sensor on each lens. So the focus issue wasn't my main concern for this test. 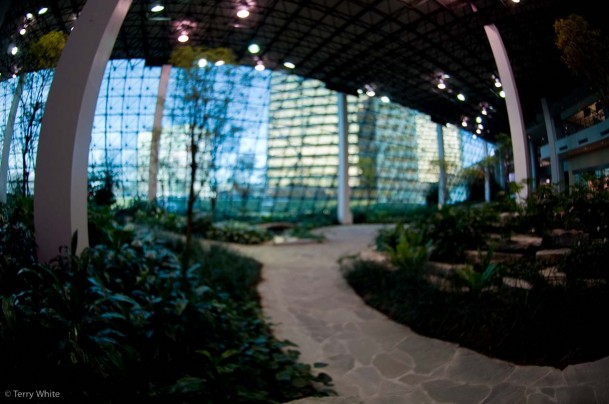 I got a little luckier here with the focus as the focus ring just happened to be closer to where it needed to be. This was a quick lens swap as I pretended to be taking everything down. 🙂 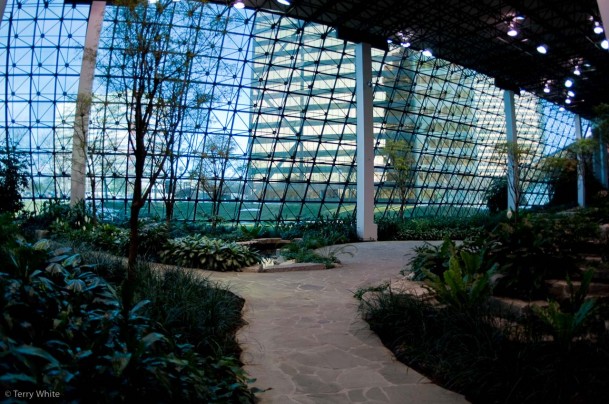 I also recently got the ("dream lens") Nikon 14-24mm f/2.8 Wide Angle Lens. So I thought I would give you a comparison of the above Fisheye shots against this "dream" wide angle lens too. I got these two shots before the Tripod Police showed up. 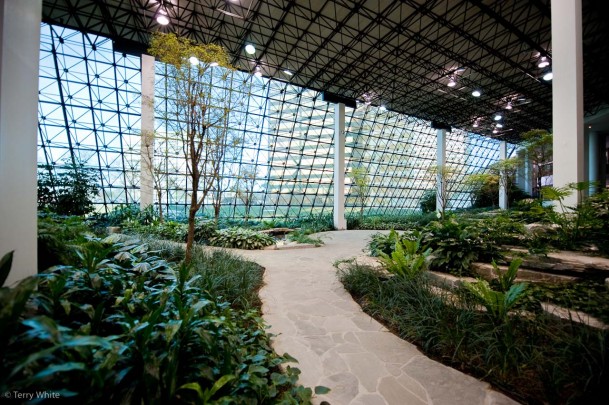 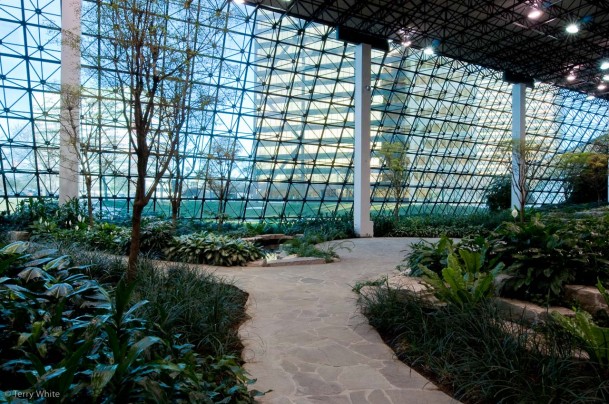 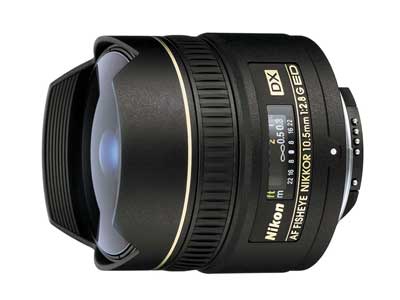 I'm happy with my choice of the Nikon 10.5mm Fisheye Lens. If you plan to use one of these primarily on a full frame body, then you might want to look at the 16mm Fisheye. If you really aren't sure even after this post as what will work best for you, spend a few bucks over at lensprotogo.com and rent the ones you're thinking about and they you can see them side-by-side.

Note: When using a cropped sensor lens (DX) on a full frame body like the D700 or D3 your image will be cropped down to about 6MP (2784×1848) instead of the full 12MP (4256×2832)  supported by your full frame camera. So if you really want the full resolution of your camera then you should go with a full-frame lens.

Here are a few links to help you out: