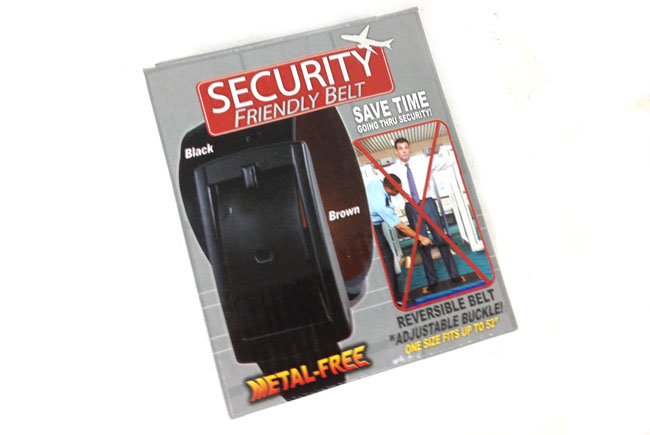 I’m loving the fairly new TSA PreCheck program that lets frequent travelers go through security without having to take off their shoes, belts, and they can leave their gear in their bags. However, even with TSA PreCheck it’s random and every now and then I have to go through the regular security line. I’ve been traveling for a living for years and I can get through as fast as possible, but the one thing that I dislike the most is having to take off my belt. Well actually taking off my belt is no big deal, it’s the time it takes to put it back on that bugs me. We’re talking a few extra minutes here and while that might sound trivial, it seems like an eternity when you’re trying to get to your gate.

Do you really have to take off your belt?

TSA will absolutely make you take your belt off if they see it! Sometimes I’ve actually forgotten to take it off and my shirt was on the outside and long enough to go over it and as you would guess it was no problem. Even going through the body/back scatter scanner it was no issue. I thought, “cool I’ll just always wear my shirt on the outside and not take it off.” The only problem is that doesn’t work so well on walk through metal detectors that have the sensitivity turned up. My regular dress belts have metal buckles and they will set off metal detectors at various airports.

Get rid of the metal

Problem solved! I searched for a belt that contains no metal and I found a nice one! I used it going to and coming back from Photoshop World last week with no problem. The belt I found is nice because it looks like a regular dress belt and not some nylon sport belt. It’s also reversible with black on one side and brown on the other. However, I wouldn’t use it as my primary every day belt. I don’t think it would be strong enough for daily use. However, it’s definitely my new airport travel belt. I wear this one to the airport and just pack my regular belt in my carryon luggage.

Check it out here.

One Reply to “A Belt for Air Travel”