As a frequent traveler I’ve been a long time fan of Slingbox TV streaming devices. For those of you who are unaware of what Slingbox does, let me give you a quick description: A Slingbox is a physical device that you connect to the output of your cable/satellite box, DVR, etc. You also connect it to your Internet router via ethernet and once it’s set up you can remote control and stream content over the Internet to your computer or mobile devices while you’re on the road. I primarily used Slingbox units to stream shows recorded on my TiVo DVR to my laptop or iPad while on the road in hotel rooms. Since I do in fact use TiVo DVRs I was interested in TiVo’s relatively new solution called TiVo Stream. Much like a Slingbox, TiVo Stream connects to your router via ethernet and allows you to stream recorded shows from your TiVo DVR to your iPad or iPhone either in the home our outside the home over the Internet. If you get one of the newer TiVo Roamio DVRs this capability is actually built-in. So the real question is…

I’ll start by saying they take different approaches and each has its pros and cons. Some users even use both devices because of this. Let’s start with the pros and cons of Slingbox: 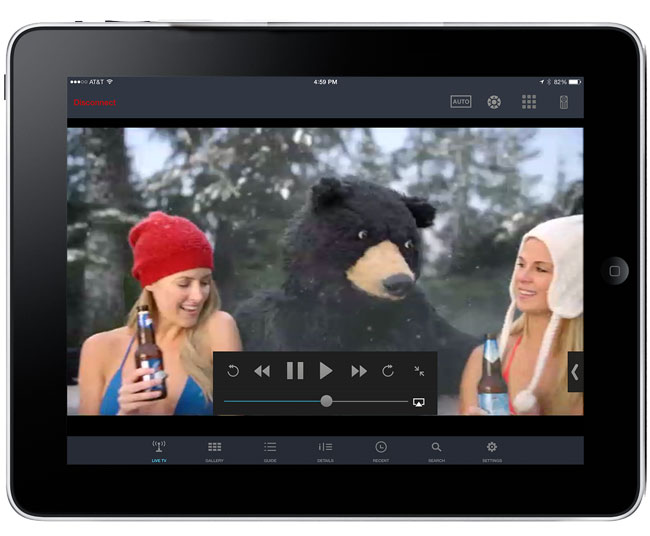 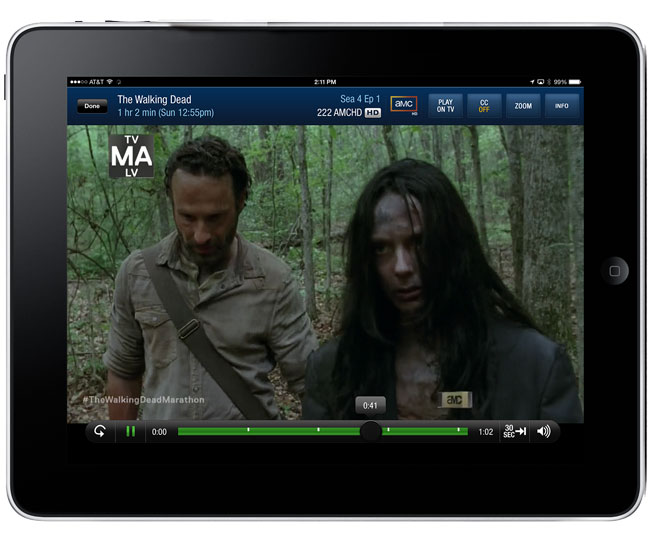 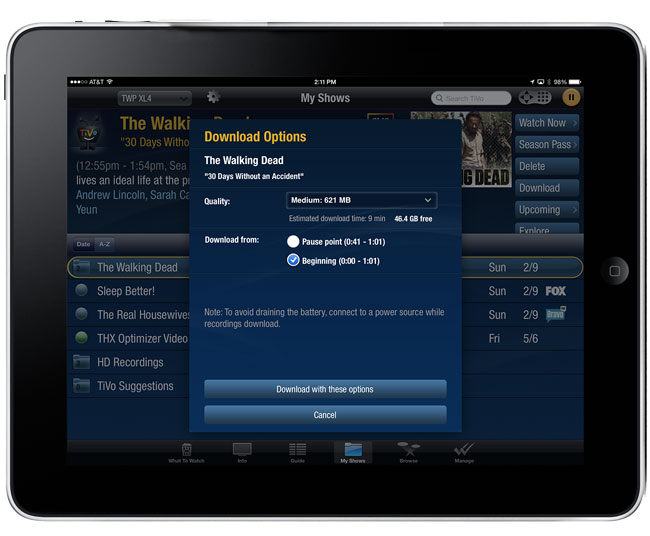 The Bottom Line and My Recommendation

If you’re looking to get a streaming solution so that you can watch your recorded shows on the go then I’d probably go with Slingbox. While it is more expensive and I’ve had my issues in the past with Slingbox units dying early deaths on me just outside the warranty period, it’s the best overall solution with the least restrictions. If you are going to be upgrading or getting your first TiVo DVR and you’re going to get a Roamio with Stream built-in then I’d test Stream in your environment first before spending the extra on a Slingbox. TiVo’s limitations can be easily addressed, but they have to actually do the work. I would start with opening it up to more platforms besides iOS. I’d like to see a web browser option just like Slingbox has as well as the ability to stream over cellular networks. Not sure if they can get past the copyright issues since they have to play nice with providers too, but if they can they’ll need to do this before they can give Slingbox any real competition. I like having both options, especially being able to easily transfer shows to the iPad before heading out on a flight. If you can afford both, you’ll have the best of both worlds. If not, go with a Slingbox 350 or 500 for the best overall streaming solution.

You can get the TiVo Stream for your TiVo Premiere here or the TiVo Roamio here.