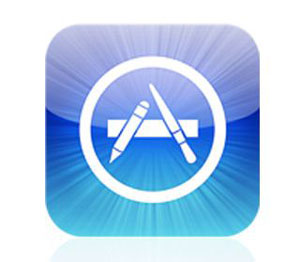 I'm very pleased to announced that my iPhone App of the Week reviews have become so popular that starting today I'm launching a NEW dedicated site for them called BestAppSite.com

Why a new site?

When I started the iPhone App of the Week feature a year ago no one imagined that the App Store would take off like it did. As a result my weekly feature has become very popular and is drawing the attention of the App Developer community. I'm getting requests to review apps left and right. Even if I just wanted to review my favorite apps, I've got over 100 on my iPhone and at one app a week it would take 2 years just to do those! Now that the App Store has over 100,000 apps there is no way I would even cover a small fraction of them doing only one a week.
While I could just do more on my regular Tech Blog, quite honestly it just doesn't fit. There are many readers of my blog that DON'T own iPhones or iPod touches and would probably get turned off with increased coverage. So I thought it best to setup a new site dedicated to DAILY reviews of Apps. This way I can not only cover my favorite apps whenever I want, but also major updates to the apps that I've reviewed in the past. Currently, there just isn't enough room on my tech blog to cover new apps AND updates. So again, why not have a dedicated site just for iPhone app reviews, news, updates and accessories?

Knowing that I wanted to create a great site that would not only be functional but well designed, I once again enlisted the talent of the legendary web guru Erik Berskiold of XLD Studios in Sweden. I wanted the Best App Site to really be The Best App Site, so I went to one of the best to get it done and once again Erik has come through for me. This guy is amazing and great to work with! If you have a web project in mind you should definitely check him out. You'll also see an occasional App Review on the new site from Erik. 🙂

I've already populated the new site with a year's worth of reviews that I've already done. So there's lots to check out there already.
Also with the new site design you'll be able to easily look for apps in a particular category, ones that work with the iPod touch and Free vs. Paid apps. Like most "hobbies", this will have to be done in my spare time. However, I will do my best to have at least one review (gulping as I write this) per day.

If you're an iPhone or iPod touch user and you want to learn more about the over 100,000 apps out there, this site is the one you'll want to go to. Head over to BestAppSite.com to see today's review. Thanks for your continued support!