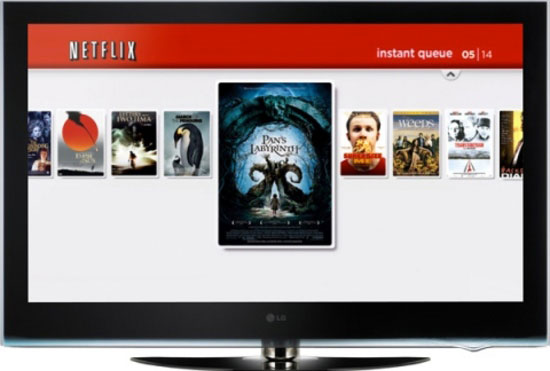 Back in the day I would run over to my local Hollywood Video or Blockbuster video to grab a DVD rental for the evening. I got so tired of both company's insane late fee policies that I switched to Netflix and never looked back. Netflix mails the disc to my house and I can keep it as long as I want. Once they added Blu-ray discs I was totally sold. At one point I was on the 3-Discs-At-Home plan. Then I noticed that they would sit for days and weeks on end before I had a chance to view them. I went all the way down to 1-Disc-At Home. Over the holidays I started looking at all of my home entertainment gadgets and it seems that just about every device I own now (TiVo, Playstation 3, XBox 360, Wii, Apple TV, iPad, etc.) can stream movies from either Amazon, Netflix or iTunes. I also noticed that the one Netflix Blu-ray disc I had at home had been sitting there for weeks. I finally watched it. However, before I sent it back I adjusted my account once again, this time to eliminate the discs altogether.

Blu-ray discs are better, but…

There's no debate when it comes to the quality of Blu-ray movies over ANY of the popular streaming technologies. Blu-ray wins in the quality category hands down. However, I've decided that for my regular movie viewing that it's just not important enough to keep getting discs. Here's my rationale:

Netflix and iTunes are my top two choices

If a movie is available on Netflix instant streaming, it's a win for me. I can watch it on just about any of my devices. The quality is decent for the most part and it's a part of a monthly fee I'm already paying. If it's not available on Netflix I'll price compare it on Amazon (via the TiVo HD or Premiere XL) or iTunes via the Apple TV.

While the quality of Blu-ray is better, I just can't get past the convenience of streaming these days with my current schedule. My local Hollywood Video closed its doors two years ago and Blockbuster is barely hanging on. Times have definitely changed.

The Devices I prefer to stream on

For Amazon on Demand, it's definitely the TiVo Premiere XL

For watching on the road, it's the Slingbox Pro HD. It allows me to stream whatever is showing on my TiVo to my laptop, iPad or iPhone.

For some older movies I'll watch via HBO. The problem with HBO is, they are never playing the movie I want to watch when I want to watch it. Sometimes I wonder why I still have HBO as most of my favorite HBO series have all but died?

Lastly I still have one Comcast Cable DVR too. If all else fails I can do a Comcast On Demand viewing.

With the above choices I'm set!