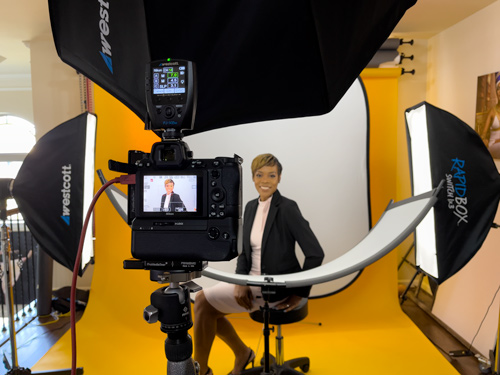 I bought my first “serious” Mirrorless camera three years ago when the Nikon Z6 came out. I bought it mainly because I like new tech and I wanted to see what all the fuss was about. Back then the mere mention of Mirrorless brought Sony to mind. Sony got a big jump on the industry. However, the handwriting was on the wall. Soon all manufacturers began their transition from DSLR to Mirrorless.

My former camera was the legendary Nikon D850. An amazing camera body and in my opinion one of the best cameras Nikon ever produced. Since I already had a D850 I chose to get the Z6 over the Z7. Again, I wasn’t planning on switching at the time. Nikon made it really easy to start using their Mirrorless cameras because they included an (FTZ) adapter that made it possible to use your existing F-Mount Nikon lenses with no loss in quality. This was probably the biggest thing they needed to do if they ever hoped to get people to consider or move to mirrorless. Bodies come and go, but people hold on to good glass (lenses) for years and years.

I started using the Nikon Z6 Mirrorless and I never stopped!

END_OF_DOCUMENT_TOKEN_TO_BE_REPLACED

One of my hobbies is critiquing and redoing user interfaces in my head. I have been slowly making a transition from my Nikon DSLRs cameras to Nikon Mirrorless cameras. I started with a Nikon Z6 and now use the Nikon Z6 II pretty much as my primary camera. I’m not quite ready to sell my Nikon D850 because it’s just so good! However, I can see the day in the future where I just shoot with mirrorless bodies.

Although I have enjoyed shooting Nikon since 2007, If you were to ask me to name the things that are my least favorite, the menu system would certainly be high on the list. At least the new Z mirrorless models do have a touch screen. This makes moving through the menus a little faster as you can just tap on the option you want instead of having to arrow up, down, left, and right all the time. I have a suggestion I’ll share at the end that would make all the difference in the world, but that’s not why I’m writing this post. I’m here today to point out something that really pisses me off. I noticed it first with the Z6 and have run into it on the Z6 II as well.

You can’t use that feature and I’m not going to tell you why!