In the final installment of this series, Adobe Worldwide Evangelist Jason Levine takes you through the process of exporting/rendering your DSLR video/stills creations using the 64-bit Adobe Media Encoder. He'll talk about some of the most common formats for going to mobile devices, iPods, blu-ray discs as well as common formats for Web delivery. You'll learn about background rendering and the ability to 'queue' multiple versions of your video edits. Also featured: using *presets* in the Media Encoder for your favorite destinations (like YouTube, Vimeo, HDTV, etc)

END_OF_DOCUMENT_TOKEN_TO_BE_REPLACED

Adobe's Worldwide Evangelist for Video and Audio, Jason Levine is back once again to give us his second installment on Getting Started With DSLR Video for Photographers.

END_OF_DOCUMENT_TOKEN_TO_BE_REPLACED

Adobe's Worldwide Video Evangelist Jason Levine is back to give us his multi-part video series on Getting Started with DSLR video for Photographers. Jason gives photographers a step-by-step tutorial on how to get going with video without being a video editing guru. 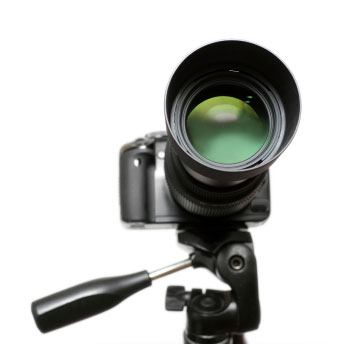 There's lots of buzz out there about DSLR video. The benefits of lens selection and a more film like feel to HD video shot with these cameras can't be denied. However, from what I can see the people that are most interested in this new power are typically people that were already doing video. In other words they are videographers who see this as a way of getting better video. Now don't get me wrong, I know that there are some photographers out there that are certainly excited about the possibilities of adding video to their digital story telling. However, I'm just not seeing a landslide (yet) of "traditional" photographers getting into it. I have some theories on why this is and I think it has more to do with the post processing than anything else. Photographers already know how to capture a good image. It's probably not a stretch to say with practice they could capture a good video too. With that said, is there time for both? If you're shooting  a wedding for example, chances are you're going to concentrate on one of the other. You don't have time to capture both great stills AND great video as the bride is walking down the isle. So this means having someone else that can be on hand to capture the video. Let's call that person the "videographer." 🙂

Moving off that situation for a moment, let's say that it's something that's not as time critical as a wedding where you don't have the ability to do it over. Let's say that you are capturing portraits of the couple before the big day and you also have time to capture some video clips of them interacting with each other. Great! Now you've got both good video and good stills. What next?

What do you want or need in a video editing tool?

Here's where I think a large part of the problem lies. Many of the photographers I know, don't like to do image retouching and spend a lot of time on the computer working with photos. They'd rather be out shooting. So now we bring video into the mix and most of the "traditional" video editing tools are just as complex if not more so than Photoshop. Sure there are some easier programs out there like iMovie, Adobe Premiere Elements and the basic editing in Aperture, but in many cases even those apps can be daunting to a person who has never edited video before (and probably doesn't want to). So let's step back for a moment and ask the question, "if someone were to build the perfect video editing tool for a PHOTOGRAPHER, what would it have in it?" I have some ideas, but I want to make sure that I didn't miss anything, so please chime in if I did:

Those are the ideas off the top of my head for what I would see in a dedicated simple video editing App for photographers. Now let's say this App existed and was reasonably priced. As a photographer would you do video? Do you care or do you feel that video work should be done by people that do video? Or tell me why you're just not interested in doing video if I've missed your reasons.

This will make the shooting part easier 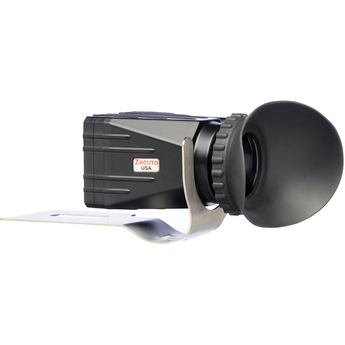 Or go with the PRO model if you really want a great one (thanks Bruce): 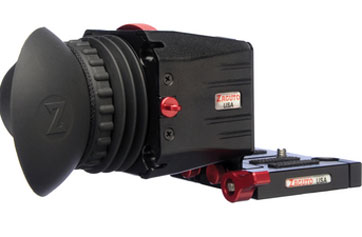 P.S. My buddy Jason Levine has recorded some videos on DSLR Video Editing. Check them out here. 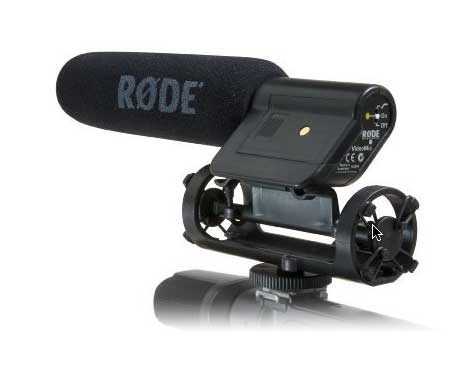 There is no doubt that DSLR video is taking the world by storm. Canon 5D MkII video cameras were used exclusively to tape an episode of House. As great as the video is on these DSLR cameras and other handheld HD cameras, the built-in mics are often very lacking. My current video DSLR is a Nikon D5000 and while the video is AWESOME, the audio is very weak. Not only from a built-in mic standpoint, but also from an 11khz audio standpoint too. Unfortunately, there's no solution for the D5000 as it lacks an audio-in port. I have my finger on the trigger to upgrade to a Nikon D300s for video, but I'm holding off because Nikon is rumored to be releasing new models "soon". I also have a Canon HF10 HD camera that I use too. Although the mic on this camera is much better than the one on the D5000, very few built-in mics are considered to be "great". Therefore, I'm always looking for better ways to record audio.

END_OF_DOCUMENT_TOKEN_TO_BE_REPLACED

That's right. Straight from the camera to the timeline. No transcoding; no proxies. Import your videos through Adobe Bridge/Photo Downloader, or pull content directly off your CF/XD/SD/Express/PCMCIA card from a card reader. Full frame-size, mixed frame rates, all living together, harmoniously, in the Premiere Pro CS5 timeline. And what makes it all possible? The incredible new 64-bit Mercury Playback Engine. Oh, and Premiere Pro CS5 is a native 64-bit app as well now. 😉 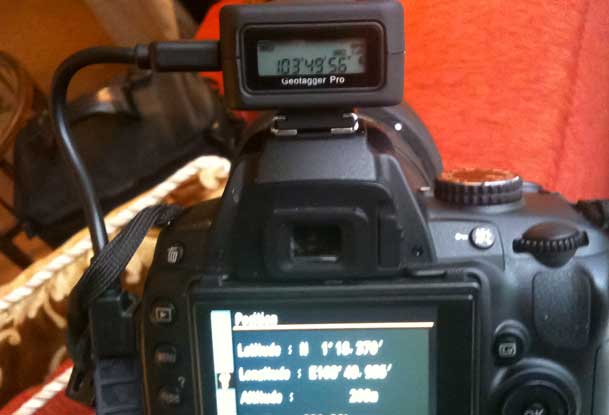 It wasn't long ago that I declared the Solmeta N2 GPS as my choice among Nikon DSLR compatible GPS units. Solmeta has stepped up its game to win my heart over even more with a new "Pro" model. Their NEW Solmeta Geotagger Pro offers the same features as the N2 model that I've come to love, but it adds something that I wasn't even thinking of and that's an LCD to display the information that it's tracking. At first I thought, "do I really need that?" After all, the current model Nikon DSLRs have a great GPS menu display that shows this information whenever you need it. So at first glance I wasn't impressed that this info would be on the GPS itself until I actually got one in to test. I'm totally hooked now! It's soooo much nicer NOT having to navigate to the GPS menu on the back of my Nikon camera and instead concentrate on shooting. I can see at a glance that not only has the GPS unit acquired a signal, but exactly what my Longitude, Latitude, Altitude, Heading, Time, Battery Level, etc. are. Do I need to know what my longitude and latitude are on screen? Nope! I really don't. At that point they might as well just be random numbers. However, it's the other stuff that's helpful like seeing the battery level and the fact that I do have longitude and latitude (even though I don't really care what the numbers themselves are) to let me know that it's functioning properly. Having the heading info is also important to see sometimes. So yes, it's GREAT having an LCD on the GPS itself! Oh and yes, the LCD also has a backlight feature so that you can see it in the dark if need be. 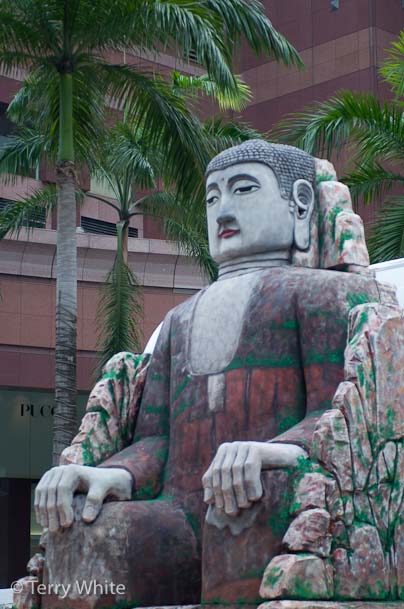 I wanted to give this new unit a real world test so i brought it with me to Singapore and India. Satellite acquisition time was great and accuracy seems to be dead on. The shot above was taken in…… why not just Click it to see it on Google Maps?