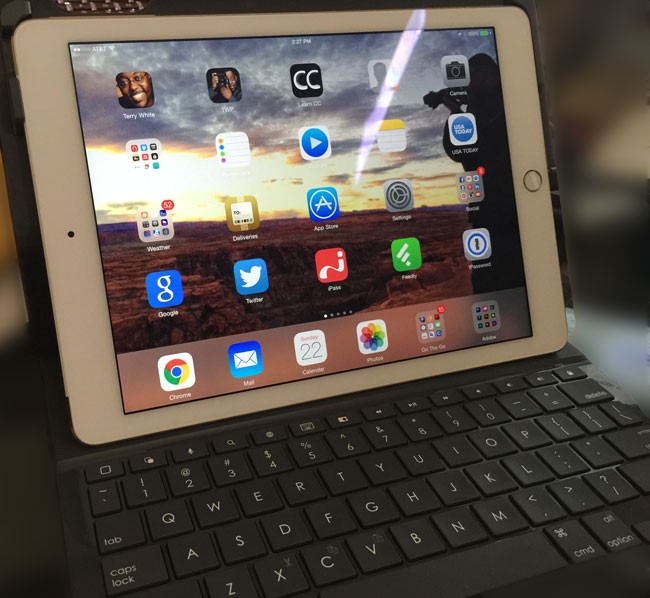 This is probably my third or forth Logitech keyboard for iPad and this one by far is the closest one to being perfect. The Logitech Type+ is a both a bluetooth keyboard and protective case. What makes this one better than the previous models is that Logitech made it even thinner so that it doesn’t add much bulk to your nice new iPad Air 2. 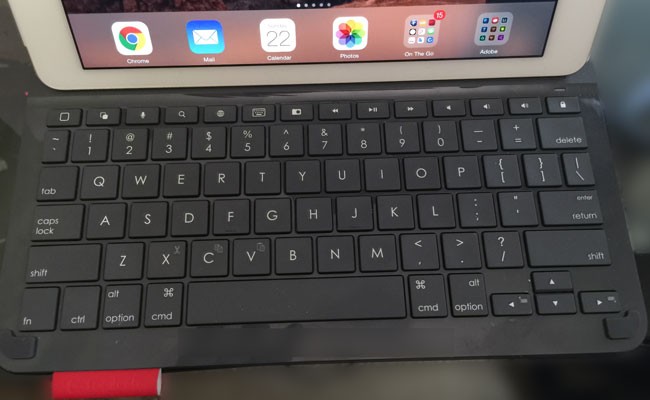 The keyboard layout is also better. With the previous mode I was constantly hitting the  the home key (returning to the home screen) when trying to type a 1. They moved the home button up to the row at the top on this layout (thank you!). Lastly I love the way that they integrated the ability to lay the iPad flat over the keyboard when you just want to use the iPad without using the keyboard without having to remove it from the case. 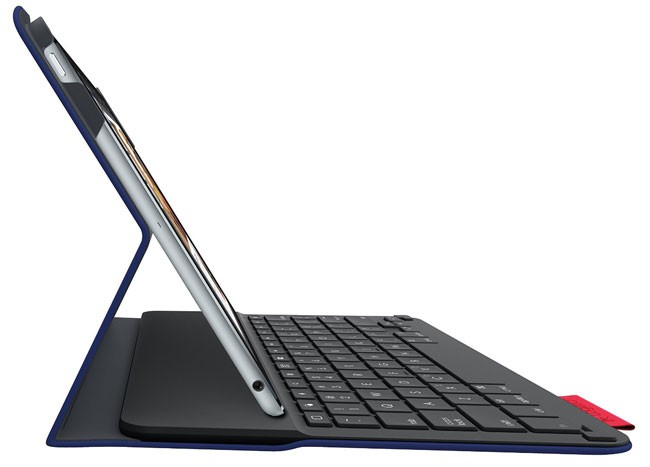 Actually the keyboard is activated when you put the iPad in the “stand” position where it magnetically held in place right above the keyboard. The only thing keeping this case from being “perfect” is that you cant’ use it if you want to stand your iPad up in the vertical position. Sure you can hold it vertically, but you wont be able to stand it that way.

If you have an iPad Air 2 this is the best keyboard case I’ve seen. You can get it here.

If you have the original iPad Air, then I’d recommend this one. 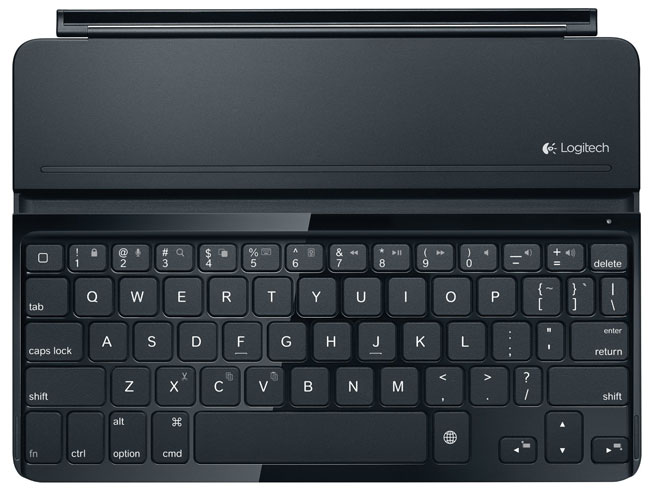 Hands down the Logitech Ultrathin Keyboard Cover has been my choice for iPad keyboards. I had one on my 3rd generation iPad and even one on my iPad mini. When the iPad Air came out I decided it was time to upgrade and of course replace the iPad 3rd generation. The one piece I had already begun to miss was my keyboard. Don’t get me wrong, the iPad’s onscreen keyboard is fine for typing quick, short things. However, I often use my iPad during travel and in flight instead of my MacBook Pro. This usually means I’m responding to email and writing. For these longer sessions, I’m spoiled by a physical keyboard. Logitech wasted no time in getting out the Logitech Ultrathin Keyboard Cover for iPad Air. Just like the previous models it connects wirelessly via bluetooth, but it’s also a smart cover that magnetically attaches to the iPad itself. Once you disconnect the iPad from the keyboard you can stand the iPad Air up in the keyboard in either horizontal or vertical orientation. 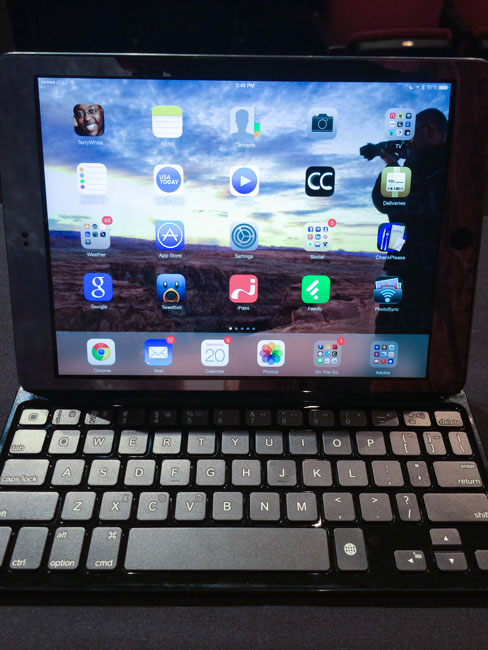 Logitech made some refinements from the original model that I had. The first one is that they got rid of the shinny plastic on top. It now has a more matte feel/look to it that will definitely not be as much of a fingerprint magnet. On the bottom they’ve attached very small rubber feet that should help prevent the back from getting scratched up so easily. Unfortunately the cover isn’t any thinner. This means that it will add some thickness to your nice thin iPad Air. It pretty much doubles the thickness when attached and closed. 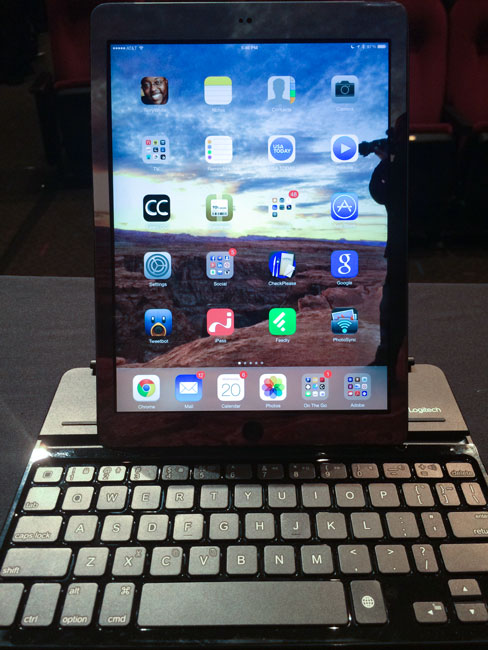 Overall I’m quite happy with this new version and glad to have a physical keyboard again. I did read some of the other reviews out there that complained about things like the magnet not being strong enough and I’ve no issues so far. As a matter of fact the magnet seems stronger than the previous model I had. My 3rd generation iPad would easily slide apart from the keyboard in my bag, but this one seems to stay in place. The battery life of the keyboard is insane. You can easily go weeks if not months between charges. It’s the best keyboard for iPad period.

You can get the Logitech Ultrathin Keyboard Cover in Black/White for iPad Air Here.

You can get the Logitech Ultrathin Keyboard Cover in Black/White for iPad 2, 3 and 4 Here.

You can get the Logitech Ultrathin Keyboard Cover in Black/White for iPad mini Here.