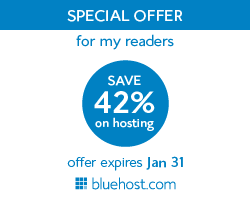 Hey everyone, the good folks over at Bluehost.com are offering my readers 42% off web hosting if you signup by January 31, 2015. As you know, Bluehost is now my preferred hosting service and I have successfully moved my sites there with no issues to date.

If you need good web hosting for your Adobe Muse websites, Lightroom galleries, etc., then check out Bluehost.com here. 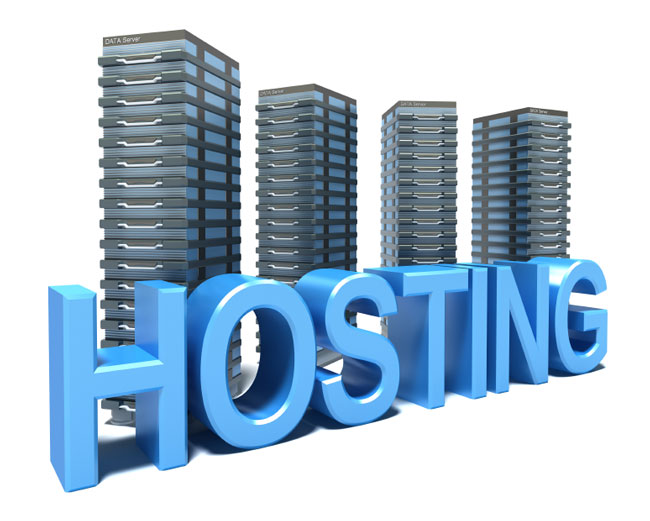 I haven’t been happy with my web hosting for a long time now. Let me give you a little history of  the sites I have and the various hosting providers I’ve been through. I currently manage:

and a site for my family reunion/tree.

When I first started doing web hosting I had it all under one roof (except creativecloudtv.com because it’s hosted by my podcast hosting company libsyn.com). I was using Network Solutions for all of it including email. While Network Solutions did all I needed technically, they were more expensive than other providers. I was even willing to overlook the higher cost because the service was good. Then one day my sites all got hacked. Malware, spam and just tons of stuff to clean up. Once the clean up happened, the attacks continued to the point that I ran from Network Solutions as fast I could because I couldn’t handle the daily hacks. I ended up moving terrywhite.com, bestappsite.com and macgroup.org to Godaddy. I know, I know, but I didn’t know at the time. Anyway, yes Godaddy. The price was right and everything seemed to work at the time. However, of the three sites I moved over, two of them were always having issues. terrywhite.com got hacked there too. Not as often, but it happened. Bestappsite.com got hacked too. Then it seems like Godaddy has too many sites on the same shared servers. Bestappsite.com was constantly having performance issues. It was like throwing the dice on whether or not the site would load or it would just be a blank white page. I called support and got the usual, “everything seems fine on our end, try reducing the number of plug-ins on your wordpress site. You seem to running out of memory.” Next I moved terrywhite.com to VPS.net. They came highly recommended and my site hadn’t been there for a week and their servers went down. I couldn’t believe it! Their data center had a “power outage”. Really? No backup power? No rollover to another data center. My site was down for hours. Ok stuff happens. If you run an internet service of any kind, it will go down at some point. However, my site was down again within a few weeks after that and again for hours. I complained and they moved my site to another data center. Things got better for a few months and next thing you know my site was down again. It wasn’t down for long, but it was down! Internet providers usually aim towards a 99% up time. I can’t say that I experienced that rate with VPS.net. Also I was paying the MOST with my plan with VPS.net.

Time to move on!

I had some time out of my busy schedule and decided it was time to get my sites under control again. Bluehost.com came highly recommended. However, this time I did a little research before simply moving over. Bluehost.com is HIGHLY rated and one of the top ranked hosting providers for wordpress. Their prices for regular hosting and WordPress managed hosting was very reasonable and less than VPS.net. Cost wise it was a no brainer. Once I did my research and signed up, then it was time to move over. I moved over my photography site first. It was still at Network Solutions and not having any issues, but again I was trying to consolidate. Then I moved my family reunion site over and everything was working perfectly. Now it was time to move over my three wordpress sites: terrywhite.com, macgroup.org/blog and bestappsite.com. For this I needed the help of my web guy, Erik Bernskiold. Erik did all the backend magic of backing up and transferring my databases over from VPS.net and Godaddy.

Now that I’m on Bluehost.com, (knock on wood) I haven’t had a single issue. The sites that weren’t working well on Godaddy are working fine now. Same database, same content and same plugins. I’m using Bluehost’s Managed WordPress hosting and so far it’s been GREAT! I did have a couple of initial questions and Bluehost prides themselves on having 100% of their tech support based here in the U.S. The techs knew their stuff.

You can check out Bluehost’s services here.