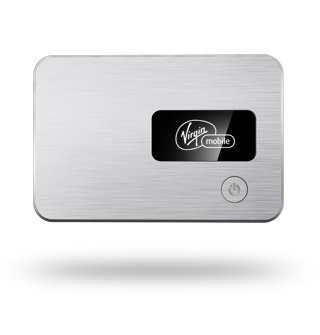 I love my MiFi! However, the minute I tell people about it they get turned off when they hear that it runs $60/month. Luckily for me this road warrior perk provided by my employer. Even though I couldn't think of going on a trip without it, I can certainly see how someone that doesn't travel as often as I do, wanting the convenience of a MiFi. It's easy for me to justify a MiFi for work: At $60/month I look at it as that's 6 nights worth of hotel internet at $9.99/night (and that's if you're lucky. Yes I know some hotels offer it free, but most don't). So if I use my MiFi at least 6 nights a month instead of hotel internet it's a wash. Let's say you don't travel much. However, when you do travel you want the freedom of having your own mobile hotspot without paying a monthly fee or the ridiculous tethering charges that AT&T and others charge to use your smartphone as a modem.

Virgin Mobile Has the Right Idea 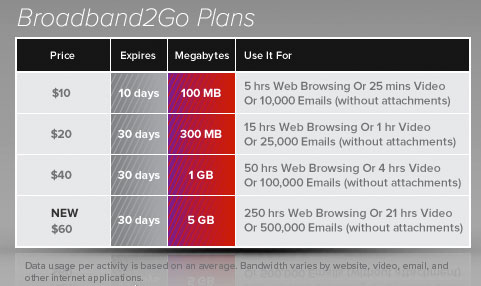 Even the 30 days/300MB at $20 option is probably more than most people would need for a two-four week trip.

If I suddenly found myself having to pay for a MiFi out of my own pocket, I wouldn't think twice about going this route. I don't use it every day and this way I can buy the device once and use it/pay for it when I need it.

Check it out here.

Thanks goes out to Jim Nichols for the lead to this offering. 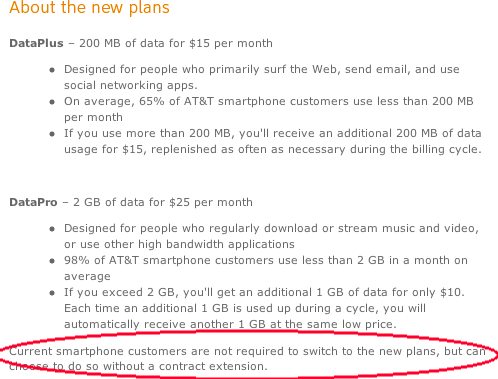 It seemed like only last week when I shared my 1st month of iPad data use with you all. I started out with the 250MB/month iPad plan knowing that I could always upgrade to the unlimited data plan if I needed to. Now it looks as if the unlimited plan is going away unless you act TODAY! Starting today, AT&T will start NEW data plans for ALL Smart phone devices (including iPad/iPhone). So if you already bought an iPad 3G and thought that you might some day want to go "UNLIMITED" for $29.99/month, then you better do it now, because starting today that plan goes away for NEW subscribers. Here's the break down:

While the prices are technically cheaper, Unlimited goes away! 2GB's sounds like a lot and it probably is for MOST people, but if you plan to stream video on your device 2GB in a month can be eaten up pretty quickly. These new plans now make it so that you have to monitor your usage closely. Luckily if you do go over, you're not charged a per kilobyte fee. Instead you'll be able to add on another block of usage for a set price (another 200MB for $15 or if you're on the DataPro plan you get another 1GB for $10). So again if you do a lot of streaming, your bill could be quite high. I should also mention that all of these NEW plans do come with FREE access to any AT&T WiFi hotspots.

No iPad to iPhone tethering, yet – According to AT&T, they have no problem with you tethering your iPad to your iPhone to share the iPhone's data connection. However, currently the iPad doesn't support it in it's OS and Apple says that the 4.0 OS update isn't coming to the iPad until the fall. So we may have to wait til then to see if the iPad will tether to the iPhone.

See the AT&T Plan details here on their site.

How much Data have I used on my iPhone or other smartphone?

Although you can look this info up on your device, I find the most accurate way is to dial *3282# from your phone and you'll get a text message with the break down of your current usage. 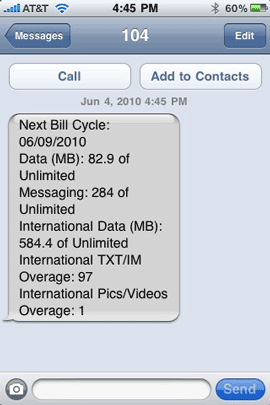 Don't think you're going to use that much data?

Maybe you won't, but here's some food for thought. If you're just doing normal surfing, email, etc. then you're probably fine. However, let's not forget that iTunes sells and rents MOVIES! The average movie size is 1.5GB. So if you rent a movie over 3G, you could quickly hit the limit of the DataPro plan and then start having to pay for additional 1GB blocks at $10 a pop before your next billing cycle. I know it's easy to say, "well don't do that. Download your movies while you're on WiFi." However, this wasn't an issue yesterday and now somehow makes the mobile platforms seem a little less fun.

What do you think of these New Plans? 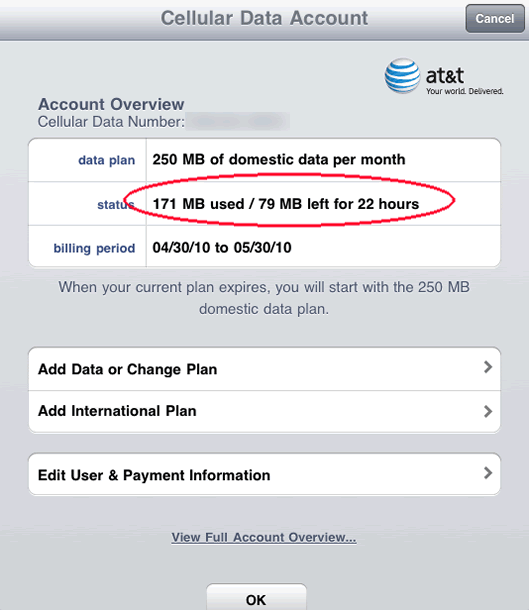