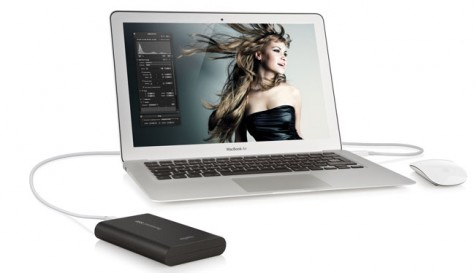 People are always asking me about backup strategies and while I usually discuss my home/studio backups I rarely discuss my “on the road” backups. My MacBook Pro has a 768GB SSD internal drive. While SSDs tend to be more reliable than old school rotating platters, I’m still as paranoid as I’ve always been. I don’t back it up any less than I did before SSD. I’ve had two major data scares while traveling on business. The 1st was on a trip to Toronto several years ago to do a seminar. I was the main/only presenter and I had an audience of about 400 people. My presentation was going to start at 10AM and I was in the hotel connected to the event hall. I woke up that morning and did some work on my laptop before heading over to the hall. I closed my laptop and headed over giving myself just enough time to get there and plug in to the projector. I got there, plugged in and opened my laptop to a “blue screen”. I immediately thought “oh my God, if this thing doesn’t come up I’m screwed!” Although I had my files and fonts on a drive at the time and I could have used a colleague’s computer it would have taken no less than 30 minutes to get everything loaded and setup. It could have easily taken an hour or more if they didn’t have the right applications loaded. Luckily everything came back after a forced reboot. But what if it hadn’t? 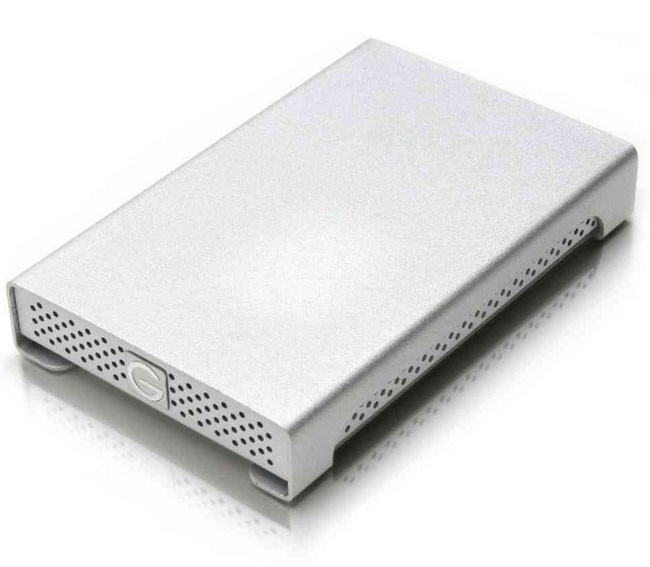 After my experience above in Toronto I realized that simply having a backup of the data was not good enough. I need to be able to be up and running in 5 minutes or less in the event of a total drive failure. From that day forward I started carrying an external portable hard drive that was an exact clone of my internal drive. I update this clone before heading out on each trip. I use SuperDuper!, which is a fantastic utility to clone your drive from one to another. In the case of a blue screen or total drive failure I could plug in the clone backup drive and reboot directly from that drive. Since it’s a recent clone it would have all of my applications and demo/data files. 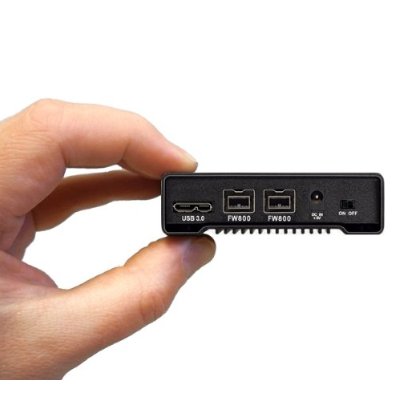 While carrying the clone is great for an emergency boot situation, it doesn’t protect me much while on the road for weeks at a time. Sure I could plug it in each night and update the clone, but the reality is I just don’t do it. The other problem is that if I accidentally delete something, screw up an App installation, hose my preferences, or get other data corruption, I may not want to restore from an old clone. Time Machine does a great job of allowing you to go back in time and restore specific files and folders. Also since Mac OS X 10.8 Mountain Lion now supports doing Time Machine backups to multiple drives, I can have it backup automatically when I’m at work to a network Time Machine backup and on the road to another external drive. This may be overkill for some and yes it still requires me to actually plug the drive in, but once I do plug it in the backup just happens. I don’t have to quit all of my apps and launch SuperDuper! (the way you should backup when you’re using SuperDuper! is to have nothing else running). Time Machine just makes it too easy to go back and retrieve specific files from specific days.

Elgato 256 GB SSD External Thuderbolt Drive <- this thing flies and feels every bit as fast as running from my internal drive!

This is the one that most of you will NOT need, but it should give you some food for thought the next time you’re tempted to install a new operating system or major application. I work for a software company and that means that I’m always beta testing the next versions of our software. I learned long ago that the “B” in beta mostly stands for “broken”. After all if the software was rock solid, it would be shipping and not in beta anymore. I also learned long ago that it’s best not to install beta builds on my main hard drive/work system. Instead I have an external drive dedicated for beta testing. I usually start this drive out fresh with either a clean install of the most current OS or a clone of my existing system if I want to see how a new OS behaves before I commit to it. I boot from that drive and do all the testing I want. If anything blows up, I haven’t lost my main drive. I can wipe it clean and start over whenever I need to. While all 3 portable hard drives could be the same drive kind/manufacturer, I’ve acquired these three at three different times.

In addition to all of the above my MacBook Pro is also backed up to the cloud via crashplan.com. Yes, I’m that paranoid and nope I’ve not lost a file in years 😉