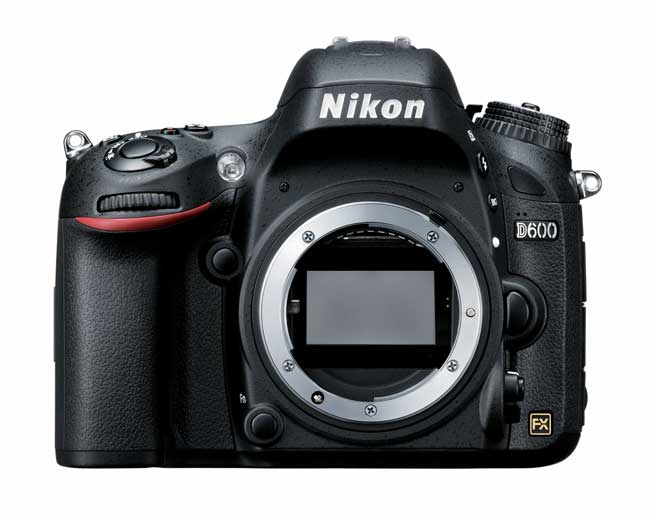 I recently replaced my Nikon D7000 with a Nikon D600. The D600 is to serve as my travel body and backup body to my Nikon D4. Although the D7000 served me well, I couldn’t help but be tempted by having another Full Frame (FX) body. All but one of my lenses are Full Frame lenses. So the D600 fits in perfectly. It’s Nikon’s lowest priced Full Frame body and while it’s not technically a D700 replacement, it is the closest thing to date that Nikon has introduced to replace the D700. Let me answer some questions right off the bat…

As I’ve said before, I love the D800 and the only thing that is stopping me from getting one is the fact that it shoots 36MP RAW files and that’s just more data than I “need” and certainly much more than I want to deal with in terms of retouching, RAM requirements, storage, transfer speeds, etc. etc. If they come out with a model or update that allows you to turn down the size of the RAW files I’d certainly give it another look.

What about the problems I’ve heard about the D600?

The first negative I read about the D600 was from David Hobby. The deal breaker for him was the Flash Sync Speed being capped at 1/200th. Not a concern for me. The next one I read about was “dust”. Apparently there are/were D600 shipping with dust on the sensor right out of the box. I haven’t noticed this issue. I do plan to do some extensive checking/testing, but as of right now, no dust that I can see. Lastly, both Scott Kelby and Jason Lykins were frustrated by not being able to program the center select button to zoom into an image at 100%. I can certainly see this as a potential deal breaker if you were used to that configuration on your previous/other body. Since I had never configured the button to do that on my other bodies, I don’t miss it not being there on the D600. Others have asked “is the 3 exposure bracketing limit too limiting for HDR?” I would say yes and no. If you shoot a lot of HDR, yes. However, you could always manually adjust the exposure to get more in s pinch. I don’t shoot a lot of HDR so I’m fine with this limitation. All systems go!

The first thing I noticed when I picked up a D600 was how good it felt in my hand. It’s one of those things that you can’t really put into words, but it just felt very comfortable. Of course much lighter than my D4 and even a better “more secure” feel than my D7000 and even better than that of the D700 from what I remember.

The Buttons and Controls

When I talk to photographers that are just starting out, they usually ask me why do some DSLRs cost more than others. Outside of the differences in sensors, fps, and other internal characteristics, the other major difference is the number of dials and buttons on the body itself. Most low end DSLRs have few buttons and controls as dedicated buttons. This means more trips the menu. The D600 doesn’t have as many options as the much more expensive D4, but it does have the right balance/mix for what I intend to use it for. I can operate the camera in Manual mode or a shooting mode without making any additional trips to the menu.

What about the Wireless Module?

I have ordered the WU-1b wireless module, but I have yet to see it show up. In the meantime the D600 has been working just fine with my Eye-Fi card in the 2nd SD slot just like I used it in my D7000.

I was very happy to see Nikon use the same battery/charger as the D7000 and D800. Since I already had some extra batteries for my D7000 I was able to use them in the D600 instead of selling them with the D7000. Once again I went with a 3rd party Battery Grip (just as I did with the D7000), look for a separate review of that this week.

Overall I’m quite pleased, but…

I love this camera! It’s perfect for my needs of a travel body and backup body. The 24MP upgrade from 16MP isn’t too bad either. However, there is one thing that annoys the crap out of me. The mode dial has a button on the top of that you have to press before turning the dial. I’ve never had to do this with any of my other Nikon bodies and while I’m sure I’ll get used to it, it bugs me a LOT right now. The only other wish I had was that of a terminal port. It’s not crucial for me for this body, but it definitely would have been a nice to have.

You can get the Nikon D600 ON SALE here from B&H Photo or here from Amazon.
See more of my photography here.

I remember Moose Peterson discovering that the D4 shot time-lapse captures as an actual movie instead of producing the individual frames as still images. I was pleasantly surprised to see this feature on the D600 as well. I had never shot a time-lapse before and there was a lot to learn about them, so please don’t judge this first attempt too harshly as I know I have a lot to learn about making them better:

and here’s the very 1st test when I had no clue as to what I was doing and had just about every setting set wrong:

I’ve learned quite a bit since these were shot and will definitely make some better ones the next time I’m in a location worthy of a time-lapse.