Navigate your world in 3D

While on the Adobe CS3 Tour I came across a really cool gadget. My colleague Colin Fleming told me that I had to go check out the SpaceNavigator. Taking Colin’s advice I headed over to the 3DConnexion booth and within a couple of minutes of playing with the SpaceNavigator I had to have one. Although I’ve been home now for a little over a week, yesterday was the first time that I actually had a chance to install the SpaceNavigator. Granted I don’t do a lot in 3D, but when I do I always find the on screen controls to be less than intuitive. I’m always trying to spin objects around and end up flipping them. Now that Adobe Photoshop CS3 Extended has 3D support, this kind of 3D Navigation Tool is even more useful for me. The SpaceNavigator works directly inside Photoshop CS3 Extended. There was nothing that I had to do to tell Photoshop that it was attached. Once I installed the driver, I opened up the file below, double clicked on the 3D layer icon and I had complete control over the object’s movement, zooming and panning. 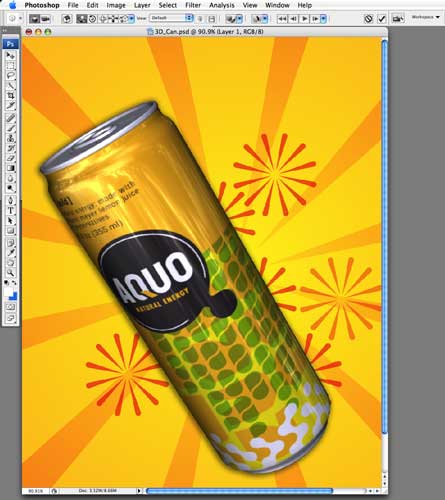 While it’s great to have this wonderful controller for Photoshop CS3 Extended, I’d love to have it work in After Effects as well. I think we’re working on it, but nothing to announce yet.

Next I headed over to Google Earth. An hour of my time just vanished. I was so sucked in and again I was using that app like I had never used it before. I was flying all around the globe and zooming in on any placed that I wanted to see. I even did an aerial fly through from my old house to my new house and because I had such fluid control, it was easy to track the entire route.

The SpaceNavigator goes for $59 and if you play with (or do real work in) 3D apps, it’s a must have! Here’s a video from one of the 3Dconnexion guys showing the SpaceNavigator inside Photoshop CS3 Extended. Check it out:

6 thoughts on “Navigate your world in 3D”