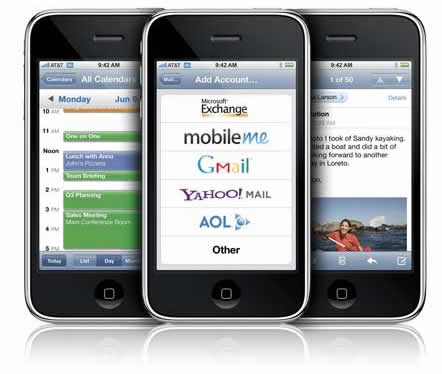 Now that the dust has settled a bit on yesterday’s announcement of the iPhone 3g, a few little tidbits are coming to the surface:

So it looks like even though the entry price for the iPhone is only $199, Apple has tightened up on making sure you activate your iPhone with the appropriate carrier (and sign up for the 2 year contract). Also for those that ask the question: “why is it that I can get a 16GB iPhone 3g for $299 while an iPod touch 16GB goes for $399?”, the answer is with the iPhone you can’t use it without signing up for phone service. Apple appears to be taking a more traditional method of using the service contract to bring down the entry price of the phone. It will be interesting to see as time goes on, whether they will officially offer an unlocked version here in the states at a higher price?