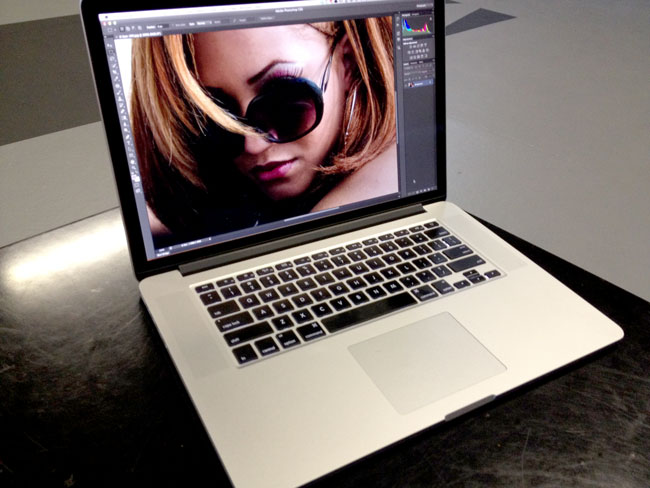 Many of you have been asking me about my impressions of the new MacBook Pro Retina Display from a “Photographer’s Perspective” and I’m not quite ready with that review yet. However, I have done my 1st review and given my overall impressions of it, which you can read here. The reason that I’m not really ready to talk about it from a photographer’s or even a designer’s perspective yet is that to be fair we really have to wait for Apps to be updated to take advantage of this (Hi-DPI) display. While Apple did showcase a “future” version of Photoshop CS6 on stage, that version is not quite ready for distribution yet.

We’re also waiting on Lightroom, InDesign and Illustrator. What I can say now is that while the current CS6 versions haven’t been updated yet, they do work just fine and I have no problem using them in my daily routine. 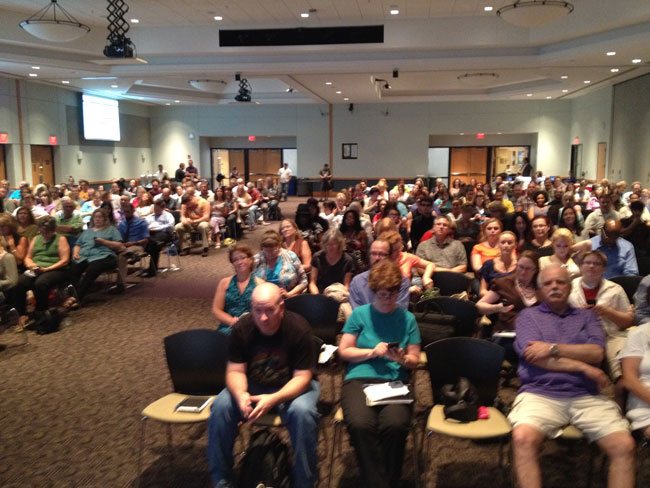 As a matter of fact I’ve completely switched over to the New MacBook Pro Retina Display and used it on stage during my Detroit InDesign Users Group meeting last week without any issues. I did my entire demo including Photoshop CS6, Bridge CS6, Illustrator CS6, InDesign CS6, Acrobat Pro X, and Adobe Muse. I figured that there was no better way to really test its capabilities than to do a full blown demo on stage in front of 200+ people 🙂 Crazy=Brave. I didn’t even bring the old one as a backup. It all worked perfectly!

How do non-Hi-DPI apps look?

That’s the question you’re probably wondering about and I have to say that while not as crisp as a native Hi-DPI app would look, these apps don’t don’t look bad at all. At least not as bad as I feared. Sure they are a little “soft” and if you zoom in in Photoshop you’ll see more jaggies around the edges, but even with these annoyances, I have no problem doing my day to day work including photo retouching. I actually feared that it would be unusable and I’d have to keep using my other MacBook Pro until the updates came out. I’m glad that that turned out to not be the case (Y.M.M.V. – I can’t tell you how YOUR eyes will perceive ANY display. You really have to see YOUR work on a display that you are considering and be YOUR own judge! I can only tell you works or doesn’t work for me.)

When these apps are updated for Hi-DPI life will be even better! So stay tuned for an updated review or second look once we have an update to Photoshop and perhaps some of the other apps. As a photographer you’re definitely going to want this USB 3 CF/SD Card Reader by Lexar.