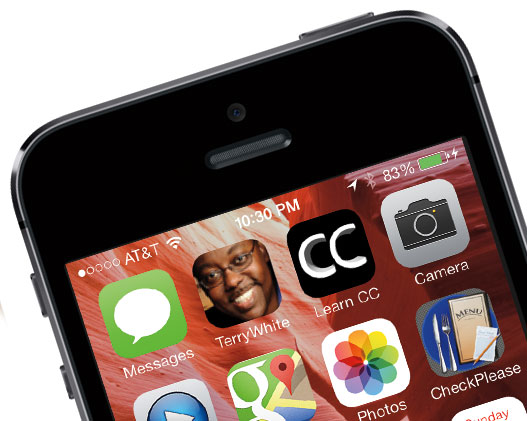 Having been an iPhone user since the 1st iPhone back in 2007, I’ve grown accustomed to Apple’s annual release cycle and the evolutionary nature of the iPhone updates. Apple typically does a redesign and new form factor with each major number iPhone 3g, 4, 5, etc. and under the hood update with the ones that come out in between such as the iPhone 3GS, 4s and now the 5s. Therefore I was not expecting any major changes in the 5s. Apple did most of the work on this model under the hood. As a matter of fact the iPhone 5s and iPhone 5 have the exact same form factor. iPhone 5 cases should fit perfectly on the 5s. However, under the hood the iPhone 5s sports a new A7 chip and 64bit processing. In layman terms the 5s is MUCH FASTER than all previous models of iPhone. Also as with all 32bit to 64bit transitions, the applications have to modified to take advantage of the new speed/pipeline. You’ll notice the new Apps in iOS 7 that are built-in will run faster. I was blown away by how fast Safari runs on the iPhone 5s. I may use it more than I used Chrome on the iPhone 5. 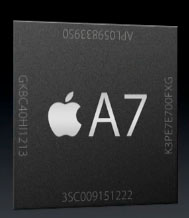 Like I said above most of the work went into the inside of the iPhone 5s. On the outside you’ll have three new color choices: Gold, Silver and Space Gray. I had always gone with a Black iPhone and this time I was looking forward to getting the Gold one. However, Gold sold out instantly and by the time I got a chance to get mine it was Space Gray. The Home button is now a finger print scanner as well as a physical button. The little white iconic square on this button is gone now. The only other thing you’ll notice on the outside is the new dual LED flash near the camera on the back. More on that in a moment. I opted for the 64GB model as I was constantly running out of room with my 32GB iPhone 5. As a matter of fact I was looking to upgrade regardless of what the new features were just to get the higher capacity. I have over 400 Apps, thousands of photos and other content. On the inside you’ll find the speedy new A7 processor as well as the new M7 motion co-processor to offload a lot of graphic work and battery saving techniques from the main processor. Lastly the other major improvement is the iPhone 5s camera.

The speed is noticeable throughout the phone. You’ll feel the difference right away in all the built-in apps. However, third party apps will really need updates before they feel faster. Aside from third party apps, everything else seems instantaneous.

Does the fingerprint scanner really work? 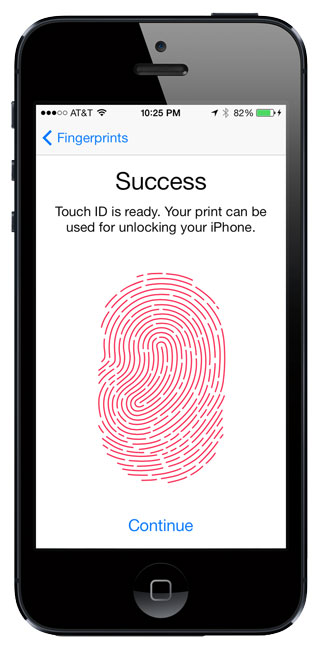 There were two things I was most interested in besides just having more capacity (64GB vs 32GB). The first one was the new camera and the other one was the new fingerprint scanner. When you set up your iPhone 5s you’ll be prompted to set up the built-in fingerprint scanner to recognize your fingerprint/thumbprint. You can configure up to 5 different finger/thumb prints. The process is very easy and it records your fingerprint at multiple angles so that you don’t have to place your finger/thumb on the sensor at the same spot each time. Once you have it set up, you will then be able to unlock your iPhone 5s just by holding your finger/thumb on the sensor for a couple of seconds. There’s no need to even swipe to unlock. You can also use your finger/thumb print for iTunes purchases. No need to enter your Apple ID password. I have to say that I’m really impressed with just how well it works. I had to record one of my prints over again, but after that it works every single time now. People ask me things like what if you have a cut on your finger? Or your finger is wet, dirty, etc? Keep in mind that you have up to 5 fingers to use. Lastly if all else fails you can simply enter your passcode. So to answer your question, does it really work? The answer is YES! It works great! Better than I expected and better than other fingerprint scanners I’ve used in the past. 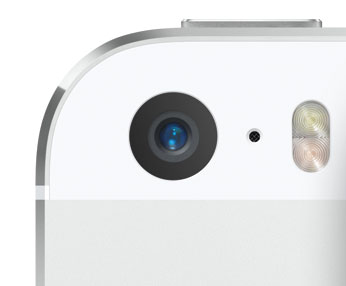 The iPhone is the most popular camera in the world! There are more images posted online that were captured with iPhone than any other camera. As a photographer I’m always taking pictures with my professional Nikon DSLR bodies. When I have my pro gear I use it. However, there are many more times that I’m out and about and the only camera I have with me is my iPhone. The camera on the iPhone 5 was already pretty good, so any improvements are/were welcome. The new iPhone 5s camera features a lower f/2.2 aperture. It has the same 8 megapixel resolution, but it also has larger pixels 1.5µ in size. While there are smartphones out there with more megapixels, most photographers know that more megapixels don’t automatically equal better quality. There are several factors and Apple gets it. The new f/2.2 aperture and larger pixels means better low light performance. Couple that with a industry first of a dual LED flash that flashes warmer or cooler depending on the lighting conditions of the room and you have the potential to have better photos from here on out. The new iPhone 5s camera also features both a burst mode (thanks to iOS 7, yes it works on the iPhone 5 as well) that can shoot up to 100 stills by simply holding down the shutter button and a new slow motion video capture feature.

Here’s a sample I captured using the slow motion feature:

What are my favorite features in iOS 7?

Even if you’re not getting a new iPhone, you can still benefit from upgrading your current iOS device (if it meets the minimum specs) to iOS 7. See My 7 Favorite iOS 7 Features here. 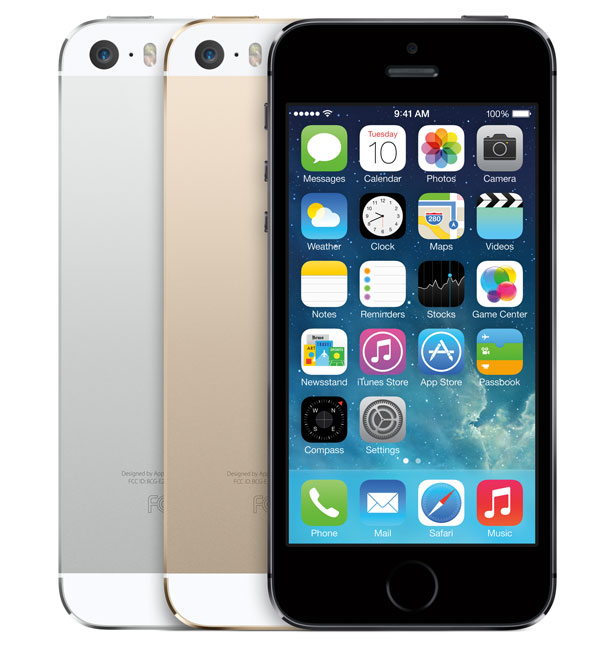 As with every iPhone review I do, at the end I tell you whether or not the new iPhone is worth the upgrade? You should be used to hearing this by now, but here goes. If you’re currently on an iPhone 5, especially if you’re under contract, you can probably sit this one out and wait for the iPhone 6. Yes the iPhone 5s is better than the iPhone 5, but not enough to spend more than you have to to upgrade. Now if you’re on a 4s on down, then yeah it’s time! The iPhone 5s is leaps and bounds better than the iPhone 4s or iPhone 4. You may also be wondering about the iPhone 5c. I have to admit that other than knowing that it comes in colors and it’s cheaper than the iPhone 5s, I really don’t know much about the 5c. I saw it and knew that it wasn’t for me so I didn’t spend any time checking the features of it.