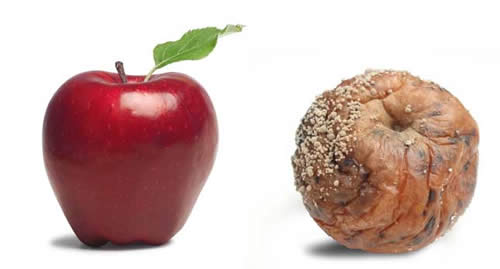 Steve Jobs did a very cool thing today! In this open letter, Steve has promised that all early adopter iPhone buyers would receive a $100 refund (store credit) due to the public outcry over the recent iPhone $200 price drop. Like I said yesterday, I wasn’t too upset over the price drop as this kind of thing happens in the tech world, especially to those of us who live on the bleeding edge. I gotta say though, this is pretty cool to know that I’ve got $100 coming back which was totally unexpected and goes a long way towards making me even happier that I own Apple products and stock. Apple didn’t have to do this (even with people complaining), but they did. Prices drop/items go on sale all the time on other things we buy and yes sometimes only a couple of months after we bought them, however we don’t usually expect any kind of refund.

Apple also did a very uncool thing today! It seems that the new iTunes 7.4 (which features Apples iPhone ringtone maker utility) will remove the custom ringtones that you may have already put on your iPhone. Actually upon further study, it doesn’t actually remove the ringtones, but it simply rewrites the index file upon each sync to make the iPhone not look at any other ringtones than the ones that iTunes puts there. I understand that Apple wants to sell ringtones. Hey, it’s America and if you got a legal product that people want to buy, more power to you. However, I don’t have any desire to buy ringtones and I had a perfect solution for putting ringtones on my iPhone with iToner. So it’s a bit unfair to take that ability away in favor of an Apple ONLY monopolistic solution. While it’s true that I could simply put the ringtones back on after each data sync with iTunes, I would also have to reassign them to the contacts that I’ve designated to ring a certain way when they call.

Luckily the folks over at Ambrosia Software are hard at work figuring out a way around this in a update to iToner. I also got wind of this before I downloaded iTunes 7.4 so I’m good for now. I just think it’s wrong for Apple to try to “control” the iPhone in this manner. It’s almost as bad as if they made it so that you could only put music on your iPod that you bought from the iTunes music store. No one would go for that and no one should have to be limited to ringtones purchased from iTunes either.

If you have custom ringtones and want to keep them intact, don’t go to iTunes 7.4 just yet.