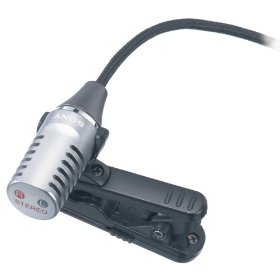 I went in search of something that I thought would be pretty easy to find and that I would have a ton of options to choose from. Boy was I wrong! All I wanted was a simple wired stereo lavalier style microphone to use when traveling with my Kodak Zi8. I wasn't looking for anything super expensive since the camera itself was less than $200. Should be easy right? 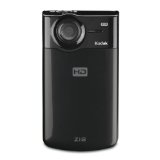 The first Mic I tried was the Audio Technica ATR-3350 Lavalier Omnidirectional Condenser Micrphone and while the sound quality was OK, I hated two things about it. First and most important is that is wasn't stereo.  So I was only getting sound on one channel and while I could fix that in post using Adobe Premiere Pro CS4 it would mean doing it every time I used it. The second thing was just bad design of the battery compartment. There is an On/Off switch, but no LED light to tell you if it's on or not or the status of the battery. So you could start a recording and have the battery die half way into it and never know until it was over.

This is the Mic I was looking for. It's a stereo wired lavalier mic that doesn't require a battery, sounds good and just works! I plugged it into my Zi8 and did a quick test. I brought the video clip into Premiere Pro and low and behold I had stereo audio. That's all I wanted from a travel Mic.

The only thing I would ask for now is slightly longer cord. It's a minor thing, but it would be nice to have to interviews where I want to have the subject a little further away from the camera. So if you're looking for an inexpensive stereo mic that just works without any fuss, this is it! It's "plug-in power" based and therefore it may not work with everything. The cord length (which I dare you to find listed anywhere on Sony's site) is approx. 1 m (39 7/8 in.)

Quick samples here from that first recording. Nothing special just wearing the mic on my t-shirt and speaking at a normal tone:

5 Replies to “Finally! A decent Stereo Mic for my Kodak Zi8 HD camera”