People tend to do a lot while they’re working on their computers including eating and drinking. After a while the keyboard can get kind of gross or even permanantly damaged. There have been keyboard protectors and overlays out there on the market for years. However, the folks over at zCover have the right idea. Why just protect the keyboard when you can also learn the keyboard shortcuts of your favorite app at the same time?

I first saw these guys while attending Macworld Expo in San Francisco back in January. They had a booth set up on the show floor and they were selling these keyboard covers like hot cakes (do people still buy hot cakes?). I have bought specialized keyboards in the past that were configured with color coded keys for a specific app. However, the zCover keyboard covers make so much more sense. When I used to buy the specialized keyboards of course the keyboard shortcuts were only listed for the one application that I bought the keyboard for (mostly video editing apps that I don’t use everyday). Now I can have multiple covers and switch covers when I switch apps. While out at Macworld, I bought two of these (they had a deal), I got the one for Adobe Photoshop and the one for Adobe After Effects. I just ordered the one for Adobe Premiere Pro now that I’ll be using the New CS3 version full-time. They also carry covers for non-Adobe apps too.

Typing with a zCover on will take a few minutes of getting used to it. Some keys you may have to press down harder than you’re used to. Otherwise these covers are GREAT! Also if you someday replace your keyboard or move to a different computer you can take your covers with you.

The covers aren’t cheap. The ones that have color coded keyboard shortcuts start at $49.95. The plain protectors start at $29.95. However, keep in mind that the specialized keyboards from other vendors can cost over $100. The zCovers are for your Apple Keyboards for desktop Macs and MacBook Pros. 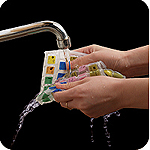