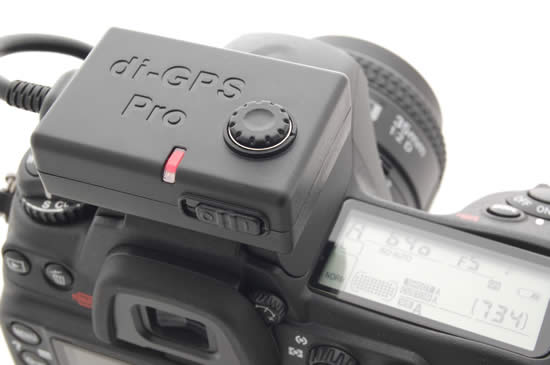 Back in November of 2007 I wrote about using the N2 di-GPS with my Nikon D300 and I was quite happy with it then and I’ve been happy with it all along. This little GPS unit writes the longitude and latitude of where you are at the time you took your shots, directly to the EXIF data of the images. No post processing required. Once the GPS coordinates are there you can use various apps or services to plot your picture locations on a map. Adobe Photoshop Lightroom is great for this as well as www.flickr.com.

I really didn’t think that were was too much that they could do to make this accessory better. Boy was I wrong! As it turns out there were two areas that could be improved and guess what? They made those two improvements! When you use any GPS device, the first thing you have to do is wait for the GPS to acquire a satellite signal. Depending on the GPS device this could be anywhere from 30 seconds to 2-3 minutes. The N2 di-GPS was always pretty quick (closer to 30 seconds), but I didn’t like having to wait that 30 seconds or so every time I wanted to use it. So once I put in my camera, I would just leave it in the ON position during my entire shoot so that it stayed on even if the camera was off. Since it gets its power from the camera, this would ultimately shorten the battery life of the camera too. It wasn’t bad so I just lived with it. The other area for improvement was that the model I had been using ties up the 10 pin terminal port on the camera. So if you had another accessory such as a shutter release, you had to decide which one was more important to you.

I didn’t even know that Dawn Technologies had come out with a new "Pro" model until someone who read my original review asked me which one did I have? This lead me to their site and to read up on the new model. Well they did it! They made a great device even better. The NEW di-GPS Pro has all the great benefits of the first model, plus a built-in battery to save GPS satellite location information even when the unit is OFF AND a Terminal Pass Through Port! That’s right you can plug in the GPS into your Nikon (or Fuji) camera and then plug in your accessory into the top of the di-GPS Pro. This will come in handy as I do have a shutter release cable and YES, there was at least one time that I wanted to use both at the same time. I was doing a beach shoot and wanted to geotag the location and use my shutter release cable at the same time. I couldn’t do it! So I ended up using the release cable instead of the GPS. Using the camera’s timer in that situation wasn’t an option. I was trying to shoot the waves as they came in and I had to hit the shutter just at the right time.

I’ve known about this model for a couple of months now and I actually wasn’t going to upgrade. Gasp! (I know, right?) That was until someone saw my existing model and said that if I ever wanted to upgrade (sell it), that they would be buy it. Of course that’s all I needed to hear and I ordered the di-GPS Pro the next day. It arrived two days after I placed the order! They’ve really got their shipping process down as it comes directly from Hong Kong. They don’t having any resellers in the US (which amazes me).

Putting the di-GPS Pro to the test

I wasn’t too worried about the unit actually working. What I was more curious about was satellite acquisition times and how long it would take to reacquire the signal after being turned OFF. I had to go pick up dinner at one of my favorite restaurants and decided to take it with me for a test. I sat in the parking lot and turned it on for the first time after connecting it to my Nikon D700. I then timed it. It took exactly 35 seconds to acquire a signal. I then snapped this shot and turned it off (click on it to see the location): 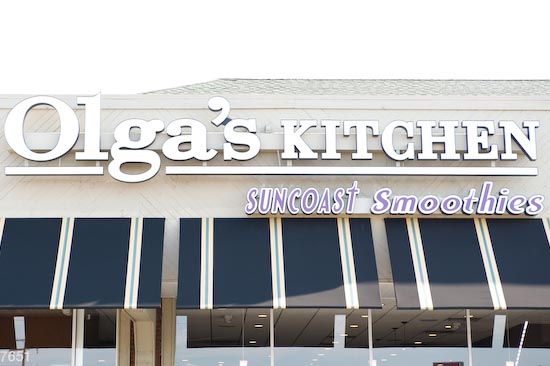 I went into restaurant and picked up my order. Afterwards I got back in my car and took a drive to Woodward Avenue. This is the site of the annual Woodward Dream Cruise where all the classic cars cruise up and down Woodward all weekend. Although it was Thursday, I was sure there would be some cruisers out there and I was right. I pulled over where I saw these two beauties parked and I turned the di-GPS Pro back on. I was floored! The signal was acquired INSTANTLY! Seriously it was like ONE SECOND and I had a solid red light. I then snapped these two shots before turning it off again and driving a little further to grap that last shot. (click on them to see the location): 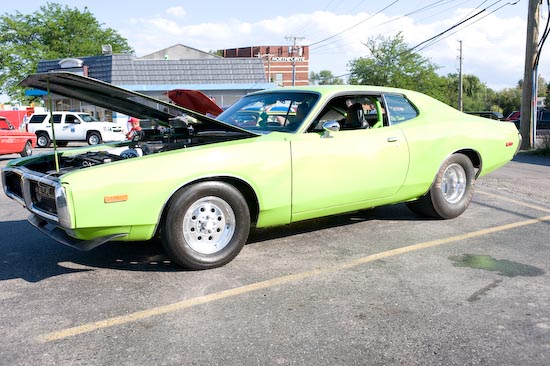 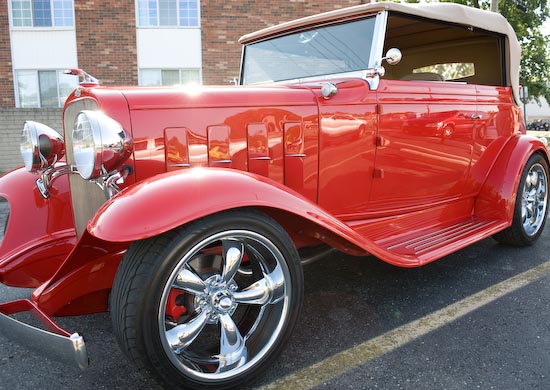 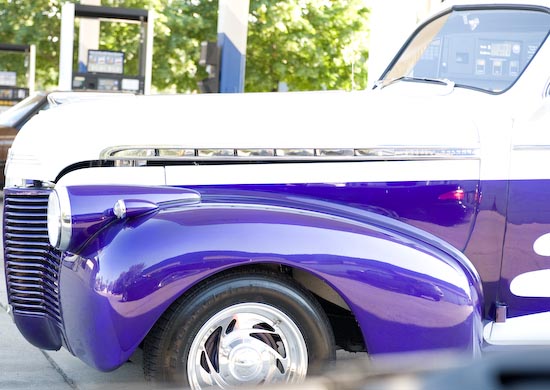 If you already have the N2 di-GPS, then you’re probably fine as you are and don’t "need" to upgrade. However, if you use it a LOT and turn it off and on a lot or you have additional things that you would like to plug into the terminal port then this model is a must have. Also if you’re going to buy one for the first time, the I would spend the extra $70 to go up to the Pro model. The built-in battery for saving GPS satellite location info is worth it (to me). Both models work natively with the following cameras: Nikon D3, D700, D300, D2XS, D2X, D2HS & D200, Fujifilm S5 Pro. The D3, D700 and D300 even have a GPS menu right on the camera to display status information about your GPS device: 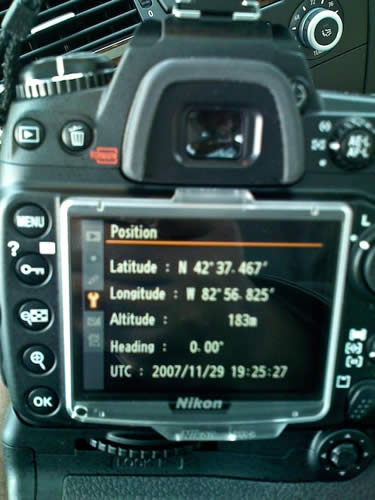 I was also happy to see that this model came with a little carrying case. A nice touch and a welcomed addition.