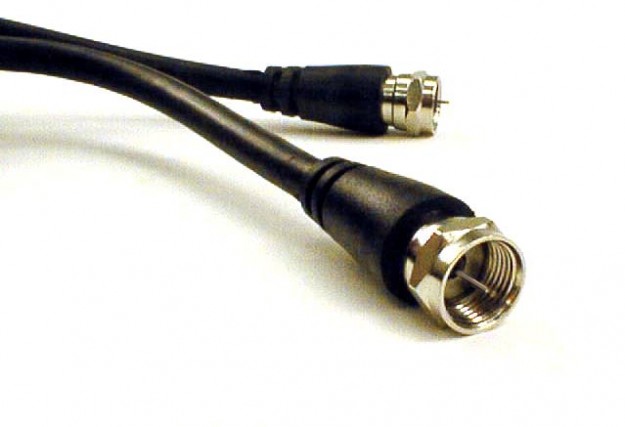 After 11 years of DirecTV and 10 years of Comcast I’ve finally decided to cut DirecTV loose. Yes, I actually have had both services for the last 10 years. Why? Well it wasn’t the original plan, it just happened that way. Before I moved into the house I’m in now back in 1999, I had DirecTV in my old house for my TV service and life was good. Never had a problem, not a single outage or “snowy” day as the Comcast commercials would have you believe. When I moved here, of course I wanted high speed internet and the best and only option back then was “Media One.” Media One was the local cable company in the area. I got my cable modem from them and still had DirecTV for TV. As the years went by, Media One was eventually acquired by Comcast. Although I had a couple of TV’s hooked up to the Comcast line for basic cable, I wasn’t really interested in Comcast for TV because I was so happy with my Series one DirecTV TiVo units. I absolutely LOVE the TiVo UI (user interface). Although you can get DVR service from any company today, TiVo really gets it when it comes to the user experience. If you’ve never used one, you wouldn’t understand.

The move to HDTV

When HDTV came along, I had to make a decision. It was either go with DirecTV for HD and that would require a new dish and new DVRs that were NOT TiVo based or go with Comcast and just go with their DVRs. So I added a Comcast box to my first HDTV just to get the HDTV and have a DVR to record the shows in HD. The Comcast (Motorola) box sucked on a level you can’t imagine! These boxes, or more to the point their firmware were garbage. Constant crashes, reboots, and other problems. I swapped out my Comcast DVR more times than I care to remember, while the DirecTV TiVo hummed along right next to it with no problems.

Then there was TiVo HD – the deciding factor!

Once TiVo shipped the TiVo HD, it was a done deal for me! That was it. I would finally have everything I wanted. I would have HD and I would return back to the TiVo interface that I loved. I would also get the things I had been missing by not having a Series 2 box like transferring recording to my computer and to other TiVos in the house. So one by one I swapped out Comcast DVRs for TiVo HDs. They were all swapped out except for the one in my office (connected to my SlingBox) and since it was working fine and I don’t watch a lot of TV there, I figured I’d leave it.

What sets TiVo apart from the Comcast DVRs and most other generic DVRs?

Even though Comcast has seemed to work out their DVR stability problems (no crashes or freezes in the last year), the TiVo feature set is light years ahead of Comcast (Motorola) DVRs. Every time a Comcast tech comes out, they always ask me why I prefer TiVo over their boxes? Here’s my list: 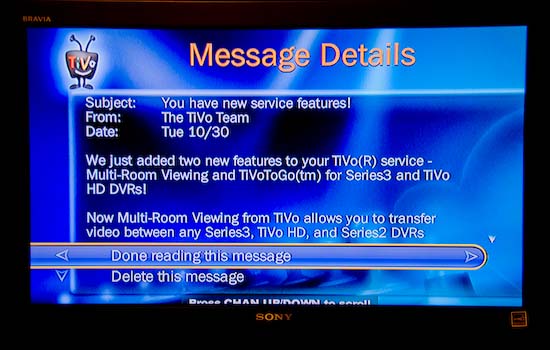 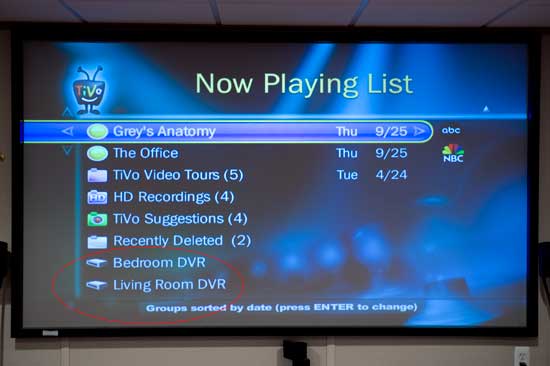 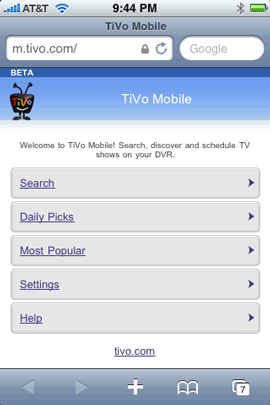 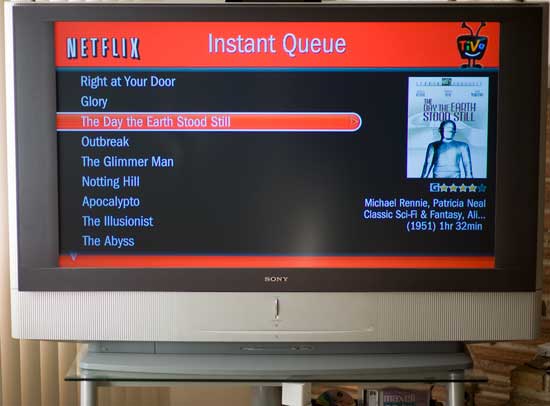 After I run through this quick list, the tech usually responds with “wow!” It was also funny that one of the first techs to ask me “why?” was coming out to pull one of their DVRs and when I turned on the TV, the Comcast DVR was locked up! Sweet!

Why drop DirecTV and why now? 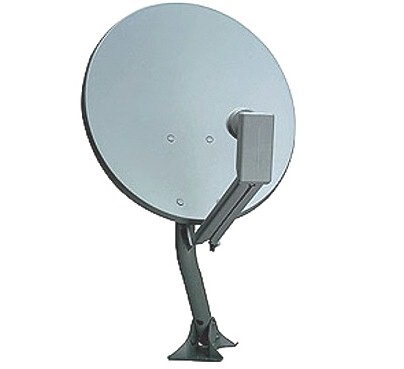 I was down to 3 DirecTV boxes and one of those was in a guest room. I looked at my latest bill ($66) and asked, “why do I still need/have DirecTV?” I don’t really have a good reason other than it wasn’t broken, so I wasn’t fixing it. However, that was $66/month on top of the bill I was already paying for Comcast. Doing the math there would be an initial outlay for two more TiVo HDs and these babies aren’t cheap! I figured I could stick a standard Comcast box in the guest room since that TV is used so rarely. In the long run it would eventually pay for itself in the money I’d be saving by not having a DirecTV bill anymore. So I pulled the trigger. I was even able to get one of the TiVo HD’s using AMEX Reward points, which definitely softened the blow. So I only had to pay cash for one of them.

Comcast in my area uses Contractors and Employees to go out and do installations. Mostly it’s contractors. These are hired guns that drive around in Comcast trucks and are paid on the number of jobs they do. So when you have someone that’s paid on the number of jobs they complete in a day, the only thing they’re concerned about is getting to the next job. TiVo HD uses CableCARDs and here in my area the only way to get a CableCARD from Comcast is to have the installer bring it out and plug it in for you. While you can stop in to the office and pick up DVRs and Cable Modems all day long, they are weird when it comes to CableCARDs. Since most customers just use the Comcast DVRs, the average Comcast installer can go for months if not years without ever touching a CableCARD. Once the card is inserted into the TiVo, a screen comes up that lists a series of numbers like the Card ID, Host ID, Serial# etc. The installer calls into the main office to read these numbers back to the person who adds them to your account. If all goes well your channels come in and you’re done! If not, it’s either the person at the office not keying in the information correctly or possibly a bad card. There is absolutely no technical reason why YOU couldn’t pick up a card from the local office and just read these numbers off yourself, however Comcast insists upon sending a tech.

The experience level of the tech and the person in the office can range anywhere from “I’ve never done one of these before” to “I do these all the time”. The problem is, you never know what you’re going to get until they show up. My 1st appointment was last Monday. The tech was supposed to bring two cards and one DVR. After getting the cabling situated (switching the DirecTV cabling off their splitter and onto a bigger Comcast splitter, he hooked up the Comcast DVR. Then he plugged in the first CableCARD in the first TiVo and when he went to the next room to insert the second CableCARD he realized that he had the wrong one. It was an older single stream card. Even if we were going to use the single stream card we’d need two of them. Of course these guys rarely carry (or are allowed to carry) extra cards. So this meant scheduling another visit to complete the install. Three days later the second installer showed up and he seemed a little more experienced. He got the card installed and working. He also fixed a screw up from the previous guy where I lost HBO on one of the existing TiVos due to a mishap on the programming on my account.

You might remember my one and only problem with DirecTV in 10 years. Basically DirecTV called me a liar. Although the matter was ultimately resolved (only because of this high profile blog) I never forgot that incident. Now that I was completely up and running with Comcast and my TiVo HD’s, it was time to call DirecTV and cancel my service. I don’t know if you’ve ever tried to cancel TV, phone or some other service that you’ve had for a while, but they go out of their way during that call to not lose you as a customer. They want to know why you’re leaving and what they can do to make you stay? I explained that I no longer needed “two” services and that I wanted TiVo HD. His immediate response was, “we have a DVR service ‘like TiVo’ ” and I quickly responded with, “I don’t want ‘like TiVo’ service”.  It honestly took about 20-30 minutes of talking and being put on hold repeatedly before I was finally done canceling my account.

Neither Comcast, DirecTV, AT&T U-Verse or any of the other services are perfect. My decision to go with Comcast over DirecTV was mainly driven by my desire to have TiVo HD. If you don’t care about TiVo, then you could pick the one that suits your needs best. In the 10 years I’ve had both services, I’ve had little to no problems with the services themselves. It usually comes down to feature set, prices and customer service. In this battle, Comcast won on feature set simply by being a “cable” company vs. a satellite company (fastest internet and TiVo HD compatibility). DirecTV lost my loyalty when they put their “systems” above my integrity as a long time customer (12/98).

37 Replies to “Comcast vs. DirecTV”