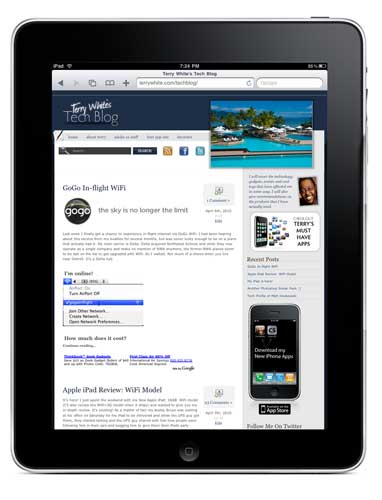 The good news is that so far the iPad battery life is really good.However, there are some things you should be aware of when it does come time to charge it. When Apple introduced the iPad and subsequently put the specs up on their website, the first thing that jumped out at me was that they were specifically calling the fact that the supplied charger was a "10W USB Power Adapter".

The fact that they were announcing the wattage was an alert to me that the iPad had different power requirements than the iPhone and iPods. Typically if a manufacturer calls something out it's for a reason and I was right. So here's what you need to know:

Do you want to charge your iPod faster or slower?

That's what it really boils down to. If you use the supplied 10W USB Power Adapter then your iPad will charge as fast as it can even if you're using it while it's charging. If you use a different charger, say one from your iPhone or iPod then it will still charge your iPad, just much more slowly. Same goes for your USB ports on your computer. The NEW model Macs and MacBooks have power sensing USB ports that will kick in more juice if the USB device requires it. However, the older models like my 2+ year old MacBook Pro will only charge the iPad at a slower rate. If your computer, USB hub, or USB charger is more than a few years old, then it may not be able to charge the iPad at all while the iPad is in use. It may even say "not charging". In this case depending on the charger you may either be able to use your iPad and the battery level won't go down, but it won't go up either OR your battery level will continue to decrease even if it's plugged in if you're using it at the same time.

So with that said, you should either use the supplied charger or be prepared to charge your iPad overnight with older chargers and USB ports. The good news is that the newer chargers will charge not only your iPad, but also your other devices such as your iPhone and iPod. In other words they are backwards compatible. I plan on swapping out my travel chargers with newer ones over time and also replacing a few around the house so that I can charge up no matter where I am. Apple's iPad charger goes for $29.99 on the Apple Store.

Here's a charger at a really low price

I haven't tried it so I can't say that it really works, but the price is right. Under $10! 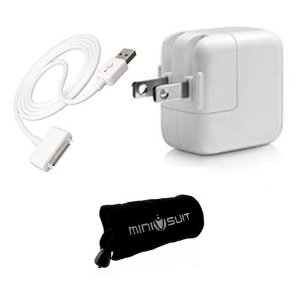 16 Replies to “Charging Your iPad: What You Should Know”